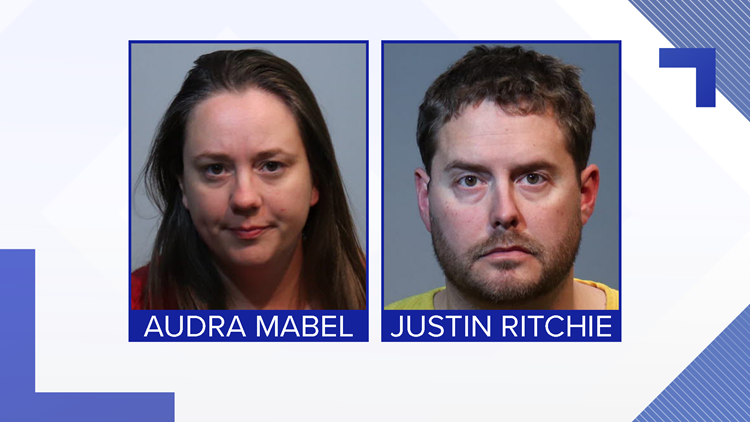 SANFORD, Fla. — A Florida kindergarten teacher and her boyfriend are facing charges that they made videos of themselves sexually abusing children.

The Orlando Sentinel reports 34-year-old Audra Mabel is charged federally with creating child pornography and sexual exploitation of a child. Her 36-year-old boyfriend Justin Ritchie is charged with sexual assault of a child.

Sanford police said a preschool age relative of Ritchie told her mother he had abused her many times. Officers arrested him March 8 and say they found video on his cellphone of him assaulting the child.

They say they also found video of Mabel abusing a young relative and one of her exposing herself in a Michigan first-grade classroom where she previously taught. She was hired in Florida in December.