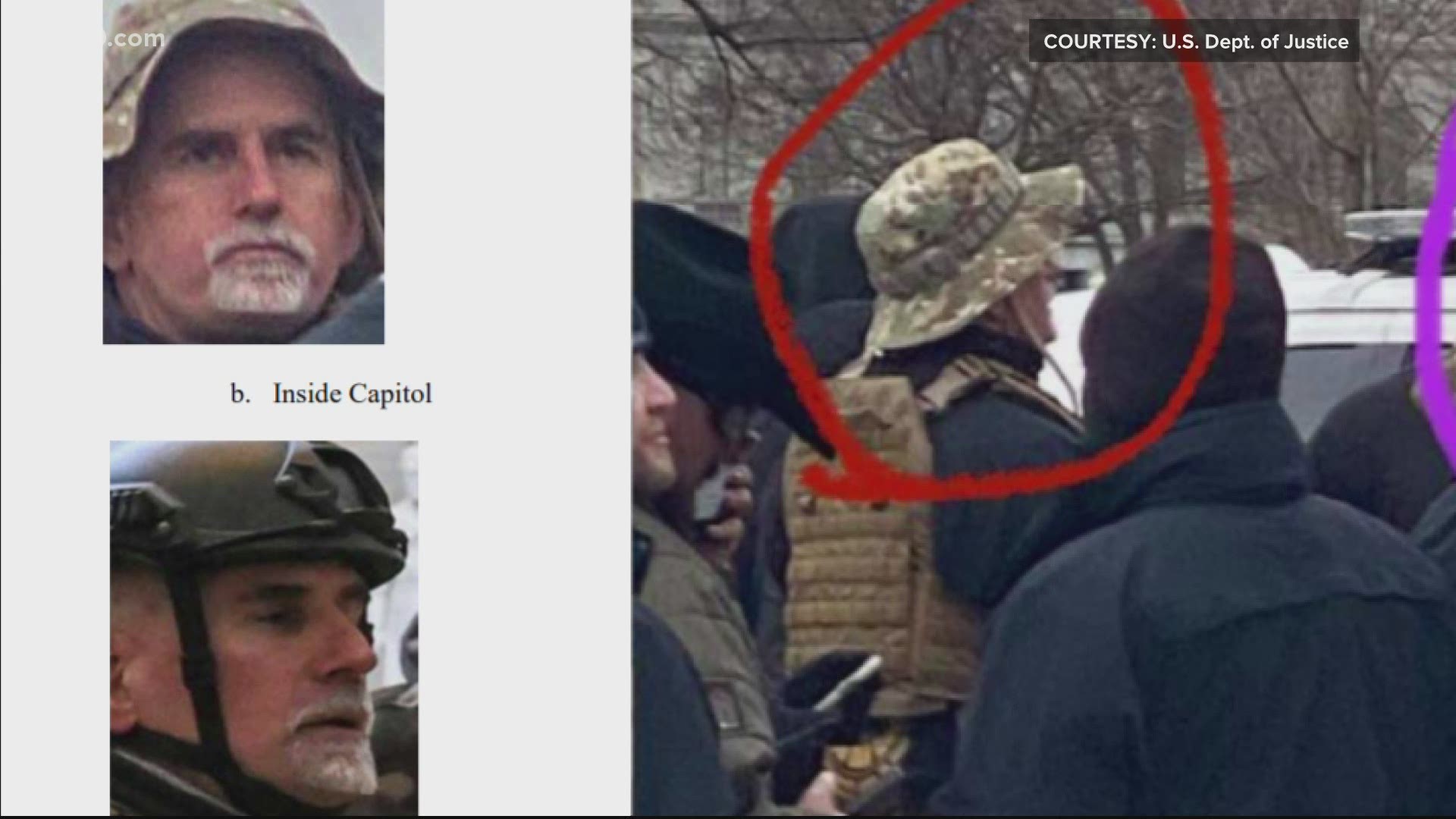 WASHINGTON — A police officer who was injured in the Jan. 6 Capitol insurrection confronted House Republican leader Kevin McCarthy in a meeting on Friday, asking him to publicly denounce statements by GOP members who have voted against honoring police and downplayed the violence of the attack.

Officer Michael Fanone has said for weeks that he wanted to meet with McCarthy, who has opposed the formation of a bipartisan commission to investigate the attack and has remained loyal to former President Donald Trump. It was a violent mob of Trump’s supporters that laid siege to the Capitol and interrupted the certification of Joe Biden’s presidential election victory after Trump told them to “fight like hell” to overturn his defeat.

Fanone said after the meeting that he had asked McCarthy to denounce 21 House Republicans who recently voted against giving police officers a congressional medal of honor for defending the Capitol and also Georgia Rep. Andrew Clyde, who had compared video of the rioters to a “tourist visit.”

He said McCarthy told him he would “address it in a personal level with some of those members,” a response he said wasn’t satisfactory. McCarthy’s office did not respond to a request for comment on the meeting.

As the House Republican leader, Fanone said, “it’s important to hear those denouncements publicly.” And as a police officer who served that day, he said, ”that’s not what I want to hear.”

McCarthy and Fanone were joined by Capitol Police Officer Harry Dunn, who was also among the officers who responded to the rioting. Gladys Sicknick, the mother of Capitol Police Officer Brian Sicknick, was also expected to be in the meeting but did not speak to reporters afterward. Brian Sicknick collapsed and died after engaging with the mob, and a medical examiner later ruled that he died of natural causes.

The meeting comes as many Republicans have made clear that they want to move on from the Jan. 6 attack — frustrating law enforcement officers who were brutally beaten by the rioters as they pushed past them and broke into the building. Senate Republicans have blocked an independent, bipartisan investigation of the attack and some House members are increasingly downplaying the insurrection. Fanone said he found Clyde’s comments “disgusting.”

Dunn said afterward that it was an “emotional meeting." He declined to go into detail and thanked McCarthy for his time.

“He was receptive, and I think ultimately, we have the same goal. It’s just going to take a little time getting there, I guess," Dunn said.

The goal, Dunn said, is "accountability, justice for everybody that was involved.”

As the officers and family members push for answers, House Speaker Nancy Pelosi announced Thursday that she is creating a special committee to investigate the attack. She said a partisan-led probe was the only option left after the Senate Republicans blocked the commission. .

Fanone, Dunn and Gladys Sicknick have all aggressively lobbied for the independent panel — which would be modeled after a similar panel that investigated the Sept. 11 terrorist attacks — and they visited the offices of several Republican senators before the vote last month. Seven Republican senators voted with Democrats to consider the legislation that would form the bipartisan panel, but it still fell short of the 60 votes needed to move forward.

Fanone was one of many Metropolitan Police officers who was called in to help deal with the increasingly chaotic scene as delays kept National Guard away. He has described being dragged down the Capitol steps by rioters who shocked him with a stun gun and beat him.

Dunn, a Capitol Police officer, has similarly described fighting the rioters in hand-to-hand combat and being the target of racial slurs as he tried to hold them back.

Both officers said they discussed the select committee with McCarthy, who said earlier Friday that he couldn't comment on it because he hadn't talked to Pelosi.

Fanone said he asked for a commitment not to put “the wrong people” on the panel and that McCarthy said he would take it seriously.

Dunn confirmed that account, saying McCarthy "committed to us to taking it serious.”

In addition to Clyde, other Republicans have increasingly made statements defending the rioters and have spread conspiracy theories about what happened that day. Arizona Rep. Paul Gosar has repeatedly insisted that a Trump supporter who was shot and killed that day while trying to break into the House chamber was “executed.” Others have suggested that the Justice Department should not be charging the insurrectionists with crimes.

And last week, the 21 Republicans voted against giving medals of honor to the U.S. Capitol Police and the Metropolitan Police to thank them for their service on Jan. 6. Dozens of those officers suffered major injuries, including chemical burns, brain injuries and broken bones. McCarthy voted for the measure.

Seven people died during and after the rioting, including Ashli Babbitt, the woman who was shot and killed, and three other Trump supporters who died of medical emergencies. In addition to Sicknick, two police officers died by suicide in the days that followed.

Fanone made clear that the last several months have taken a toll. He said he was “mentally and physically exhausted” and that he felt isolated.

“This experience is not something that I enjoy doing," he said. “I don’t want to be up here on Capitol Hill. I want to be with my daughters. But I see this as an extension of my service on Jan. 6th.”