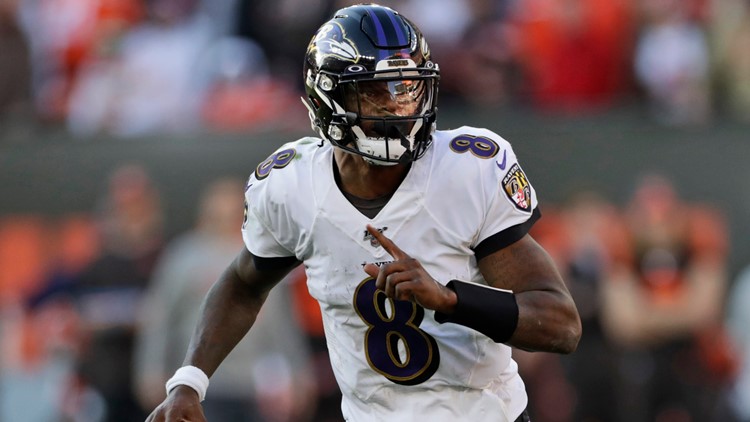 Photo by: AP
Baltimore Ravens quarterback Lamar Jackson scramble during the second half of an NFL football game against the Cleveland Browns, Sunday, Dec. 22, 2019, in Cleveland. (AP Photo/Ron Schwane)

What time is kickoff of the NFL Divisional playoff games?

Here's a look at this weekend's NFL Divisional round playoff games, including when they are on and where you can find them on the dial.

RELATED: 'I'm grateful for it': Lamar Jackson celebrates birthday with snow practice and celeb shoutouts ahead of Ravens playoff game

Chiefs lead all-time series 6-5, but Texans have won two of last three including a 31-24 victory at the Chiefs in October.

• ANDY REID makes 15th career postseason appearance. Has led KC to 77 wins since becoming HC in 2013, 2nd-most over past 7 seasons

Packers lead all-time series, 13-9 and have won three of the last four. The last time they met in the playoffs, Seattle defeated Green Bay for the NFC Championship in 2014.

QB RUSSELL WILSON has 95 career wins, including postseason, since 2012, 2nd-most by player in his 1st 8 seasons in NFL history.