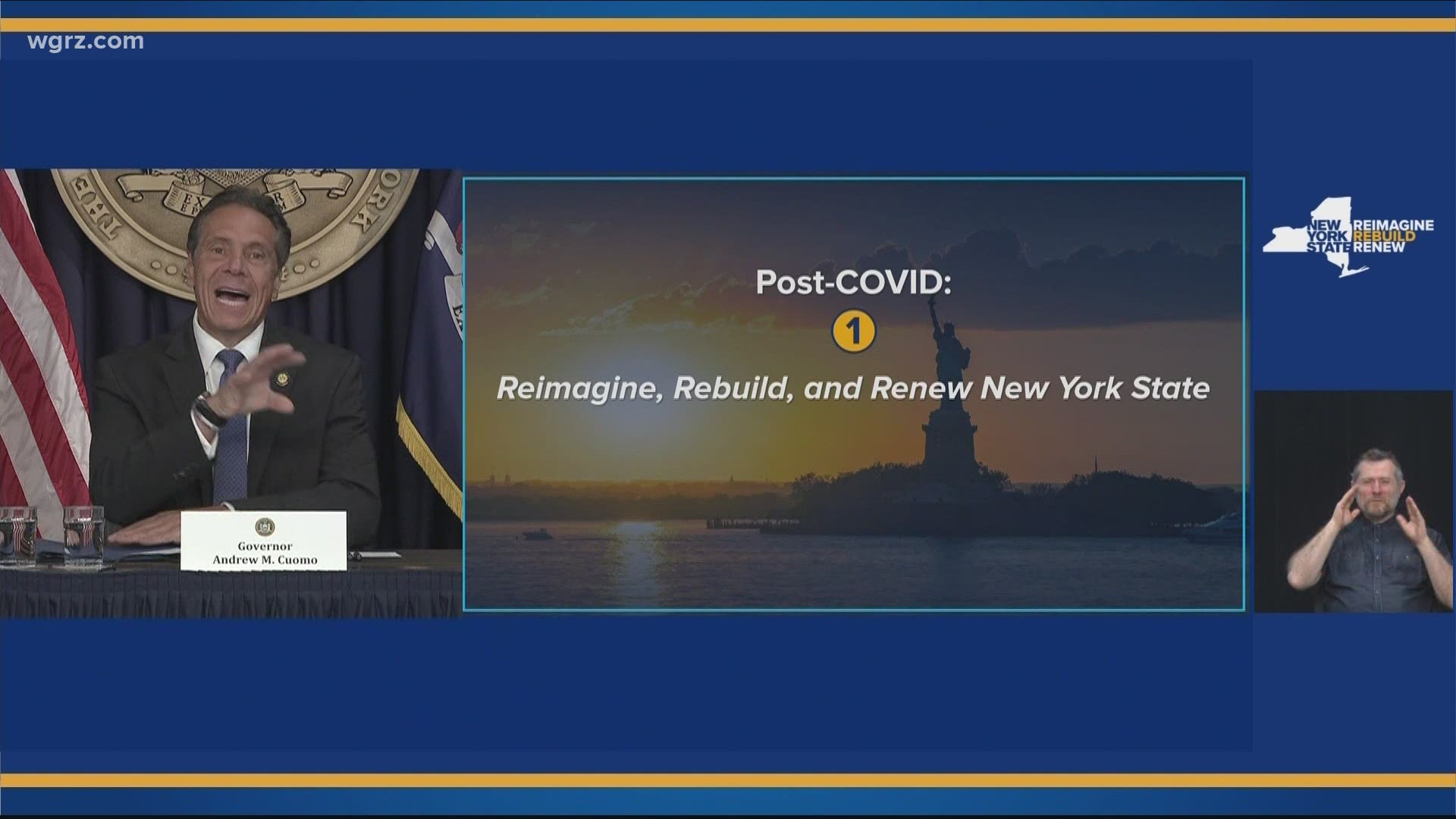 ALBANY, N.Y. — The federal government's count of the COVID-19 death toll in New York has 11,000 more victims than the tally publicized by the administration of Gov. Andrew Cuomo, which has stuck with a far more conservative approach to counting virus deaths.

The discrepancy in death counts continued to widen this year, according to an Associated Press review, even as the Democrat has come under fire over allegations that his office purposely obscured the number of deaths of nursing home residents to protect his reputation.

New York state’s official death count, presented daily to the public and on the state's Department of Health website, stood at around 43,000 this week. But the state has provided the federal government with data that shows roughly 54,000 people have died with COVID-19 as a cause or contributing factor listed on their death certificate.

“It’s a little strange," said Bob Anderson, chief of the Mortality Statistics Branch at the Centers for Disease Control and Prevention's National Center for Health Statistics. "They’re providing us with the death certificate information so they have it. I don’t know why they wouldn’t use those numbers.”

Such a discrepancy can fuel distrust in government tallies of COVID-19 deaths, while making it harder for individuals to know why others in their community died in the pandemic, experts say.

“We need to make sure we get it right, and people understand what the numbers are. And how we’re using them so they can’t be misused by people who have a motive to misuse them,” said Georges Benjamin, a physician and executive director at the American Public Health Association.

The Cuomo administration's count includes only laboratory-confirmed COVID-19 deaths at hospitals, nursing homes and adult-care facilities. That means its tally excludes people who died at home, hospice, in state prisons or at state-run homes for people living with disabilities.

The gap has widened even as testing has become more widely available, with the CDC data showing at least 3,200 more COVID-19 deaths in the state than New York’s own tracker so far in 2021.

The lower tally is included in the state's coronavirus tracker and news releases.

“New York State reports every single COVID-19 death publicly — every confirmed death reported by hospitals, nursing homes and adult care facilities in the state tracker and all preliminary death certificate data to the federal government which in turn reports that data online, allowing the public full access to all of this detailed data on a daily basis,” spokesperson Jeffrey Hammond said in an email to The Associated Press.

Other states including California, Florida, Pennsylvania and New Jersey have taken approaches in line with the CDC, which includes in fatality counts all cases where COVID-19 is an associated or contributing factor. Texas, however, only counts a COVID-19 death in cases where the death certificate lists the virus as the main cause.

Generally, states' death counts are higher than the federal government's because the CDC needs time to tally records collected from the states.

“The feds are always going to be behind,” Benjamin said. “They’ve got to do their due diligence to validate their numbers they’ve got. It’s most likely the feds are going to have a lower number than what states have.”

The gap has widened amid months-long scrutiny over how the state has reported COVID-19 data.

Federal prosecutors, the state attorney general’s office and the state Assembly’s judiciary committee are conducting separate probes after Cuomo’s administration minimized its toll of nursing home residents’ deaths by excluding all patients who died after being transferred to hospitals. Cuomo used those lower numbers last year to erroneously claim that New York was seeing a much smaller percentage of nursing home residents dying of COVID-19 than other states.

New York City health officials, who are keeping their own separate fatality count, have asked the state to clarify its reporting practices, according to spokesperson Bill Neidhardt. The city’s website reports the name number of COVID-19 deaths as the CDC.

“The CDC, WHO, those are the epidemiologically standard ways of counting mortality, of counting positivity,” city hall spokesperson Bill Neidhardt said. “That is what we reflect. I can’t tell you why the state numbers are different.”