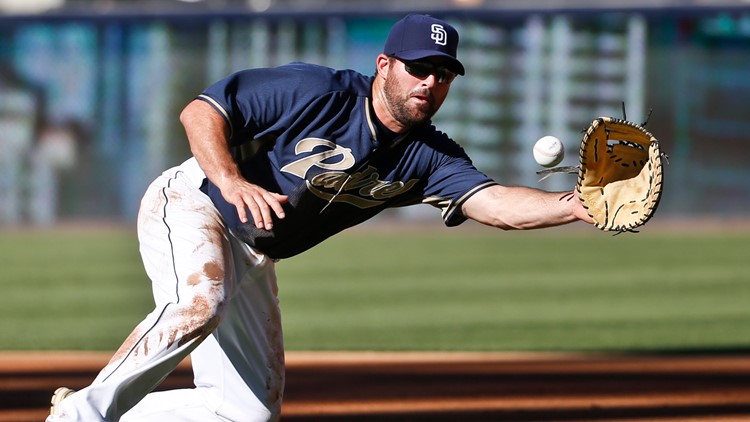 It was a walk-off into the sunset as one professional baseball player decided to retire after making a big time play.

Down by one run and in the bottom of the ninth inning late Friday night, the Reno Aces' were going to need something big to pull off the win. The Aces' Cody Decker stepped up to the plate and hit a home run, sending himself and a teammate on first all the way home.

His walk-off home run got the Reno Aces the win by a score of 10-9.

While Decker's homer ended the game, he decided it should also end his career.

Following the late Friday night game, the Aces announced Decker decided to retire after his more than 1,000 games as a minor league player.

“If I was writing a movie, that’s the way I would want to end it," Decker told Tahoe on Stage.

Decker leaves the Aces, the Triple-A affiliate of the Arizona Diamondbacks, as the active home run leader in the minor leagues with Friday night's hit marking No. 204 for him.

His record-breaking career also featured some time in the major leagues. Decker has played for a number of organizations since he was drafted by the San Diego Padres back in 2009. Other teams he's played for include the Colorado Rockies, Kansas City Royals, Boston Red Sox and the New York Mets before moving to the Diamondbacks in 2018.

Tahoe on Stage reports that Decker will move back to his hometown of El Paso, Texas and start hosting a weekly radio show with his wife. In addition, he will become the executive director for a baseball nonprofit program aiming to get kids a college education through baseball and softball.

"This is a passion project for me,” Decker told the Tahoe on Stage. “It’s something I really care about. El Paso is a place I love and I hope that I can make it a destination for baseball dreams to come true.”