Pompeo: Afghan fight against Taliban 'a matter of will'

Pompeo said Friday he believes Afghan forces can secure the country against the Taliban as the U.S. withdraws. 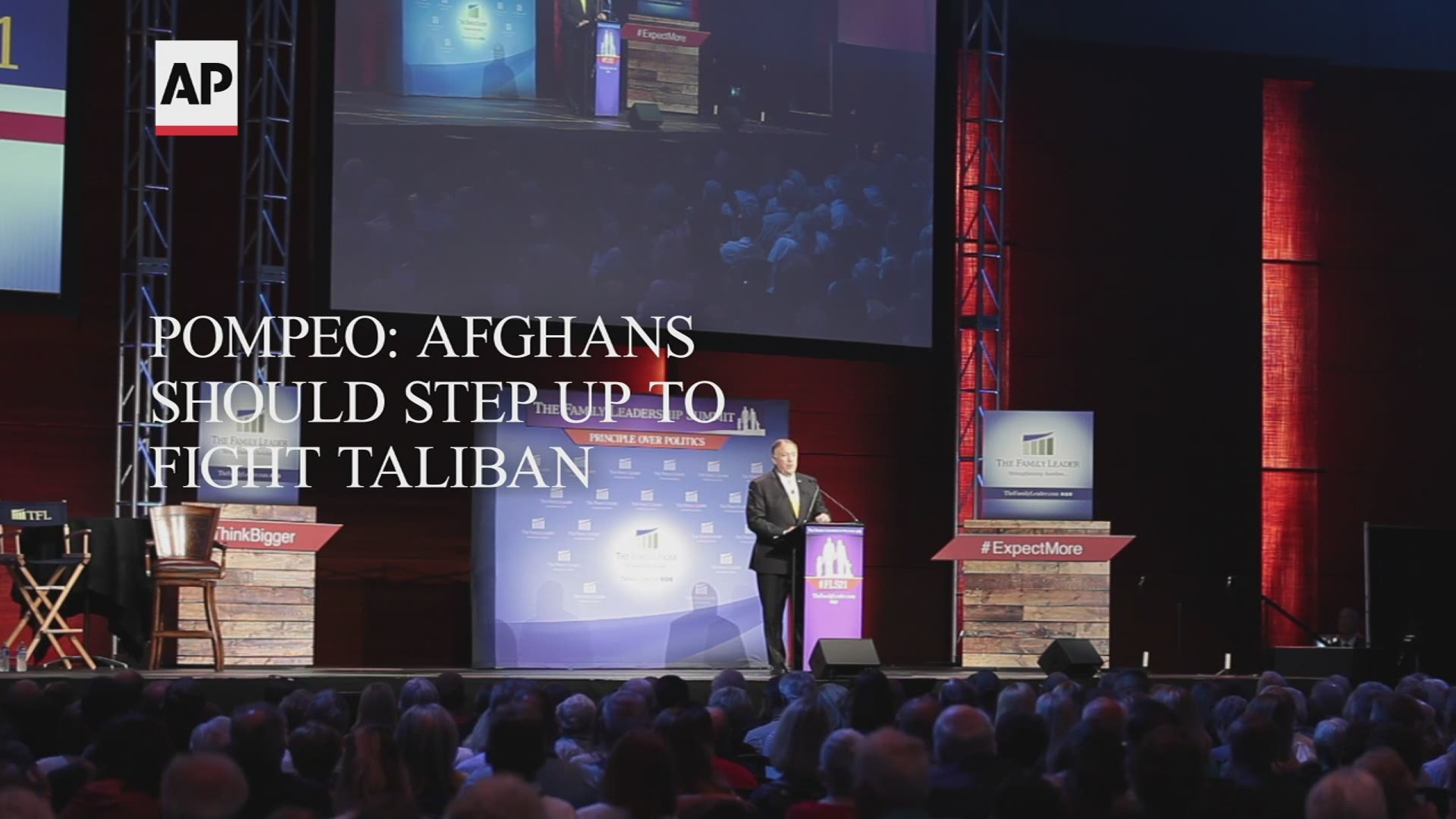 DES MOINES, Iowa — Former Secretary of State Mike Pompeo said Friday he believes Afghan forces can secure the country as the U.S. withdraws, but success will depend on whether they have the will to put up a fierce fight against the Taliban.

Thousands of Afghans have fled the country in recent days as Taliban forces have surged through northern Afghanistan. In an interview with the Associated Press, Pompeo said he is confident Afghan forces can repel the Taliban, but it's “a matter of will.”

Under former President Donald Trump, Pompeo oversaw U.S. negotiations with the Taliban and remains the only secretary of state to have met face-to-face with senior Taliban officials. He applauded President Joe Biden’s move to withdraw from Afghanistan — rare praise from a Trump loyalist — but said he was worried that U.S. counterterrorism operations could be hurt in the process.

Pompeo was in Des Moines, Iowa on Friday speaking at several political events, including a conference for conservative Christians. Since leaving the office at the end of former President Donald Trump's term, Pompeo has formed a political action committee and is considered a potential 2024 presidential candidate. He said he is currently focused on fundraising and recruiting for other candidates.

Pompeo pushed Biden to increase pressure on the Cuban government as antigovernment protests erupted there. Pompeo re-designated Cuba a “state sponsor of terror” during the Trump administration's final days, even as Biden was promising a new approach to the communist-governed island.

The protests have been spurred by food shortages, rising prices and power cuts, but Pompeo stuck to a hardline, “America first” view of foreign policy. He warned that any moves to send funds to Cuba would show “a fundamental misunderstanding of totalitarian regimes.”

“You can't fund them, you can't underwrite them,” he said.

He suggested instead the U.S. could make moves like opening internet access that would help protesters coordinate and increase pressure on the Cuban government.

“There are lots of tools that the American government has in its possession and it demands leadership that wants to destroy communist regimes."