Prime Minister Yoshihide Suga is determined to hold the Olympics and has made an ambitious pledge to finish vaccinating elderly people by the end of July. 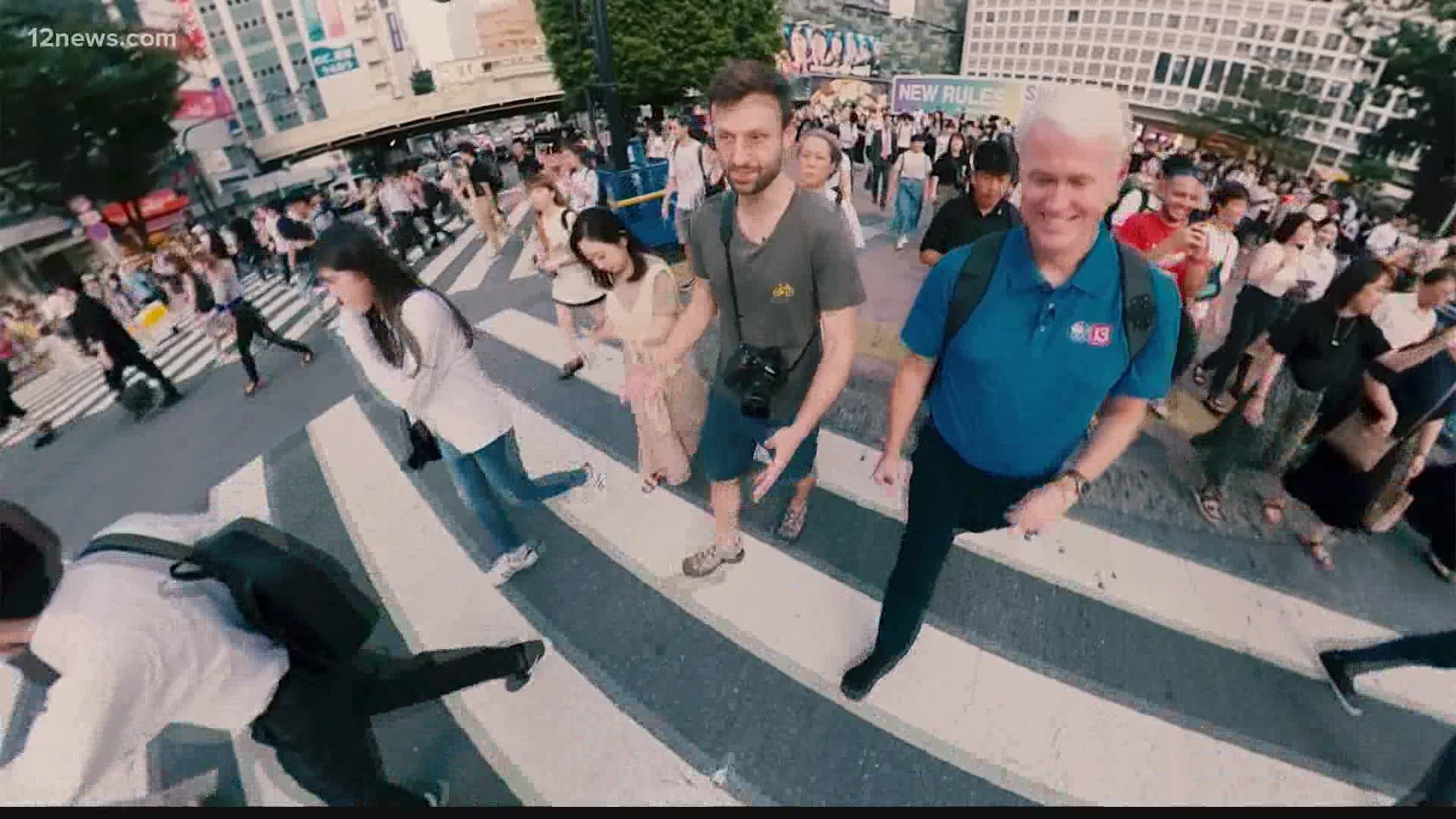 TOKYO, Japan — Japan mobilized military doctors and nurses to give shots to elderly people in Tokyo and Osaka on Monday as the government desperately tries to accelerate its vaccination rollout and curb coronavirus infections just two months before hosting the Olympics.

Prime Minister Yoshihide Suga is determined to hold the Olympics in Tokyo after a one-year delay and has made an ambitious pledge to finish vaccinating the country’s 36 million elderly people by the end of July, despite skepticism it’s possible. Worries about public safety while many Japanese remain unvaccinated have prompted growing protests and calls for canceling the Games set to start on July 23.

Suga's government has repeatedly expanded the area and duration of a largely request-based virus state of emergency since late April and has made its virus-fighting measures stricter. Currently, Tokyo and nine other areas that are home to 40% of the country's population are under the emergency and further extension is deemed unavoidable.

With COVID-19 cases still persistently high, Suga now says vaccines are key to getting the infections under control. He has not made vaccinations conditional to holding the Olympics and has arranged for Pfizer to donate its vaccine for athletes through the International Olympic Committee, while trying to speed up Japan's inoculation drive as anti-Olympic sentiment grows.

At the two mass inoculation centers staffed by Japan's Self-Defense Forces, the aim is to inoculate up to 10,000 people per day in Tokyo and another 5,000 per day in Osaka for the next three months.

Credit: AP
People wait to be processed after arriving to receive the Moderna coronavirus vaccine at the newly-opened mass vaccination center in Osaka, western Japan, Monday, May 24, 2021. (Kyodo News via AP)

In hardest-hit Osaka, where patients are overflowing from hospitals, tens of thousands of people are getting sicker or even dying at home, dozens of people lined up before the inoculation center opened early Monday. In Tokyo, workers held up signs to direct vaccine recipients into the center. Some recipients told reporters they took taxis or shuttle buses to get to the center and avoid packed commuter trains.

People inoculated at the centers on Monday were the first in Japan to receive doses from Moderna Inc., one of two foreign-developed vaccines Japan approved on Friday.

Previously Japan had used only Pfizer Inc., and only about 2% of the population of 126 million has received the required two doses.

Japan began vaccinating health care workers in mid-February while sticking to a standard requirement of clinical testing inside Japan — a decision many experts said was statistically meaningless and only caused delay.

Vaccinations for the next group — the elderly, who are more likely to suffer serious COVID-19 effects — started in mid-April but has been slowed by bureaucratic bumbling including reservation procedures, unclear distribution plans and shortage of medical staff to give shots.

Completion of Japan-developed vaccines is still uncertain, but Japanese government officials hope the approvals Friday of Moderna and AstraZeneca will help speed up the rollout.

“Speeding up the rollout makes us feel safer because it affects our social life and the economy,” said Munemitsu Watanabe, 71-year-old office worker who got his first shot at the Tokyo center. “If 80-90% of the population gets vaccinated, I think we can hold the Olympics smoothly.”

Those currently eligible are 65 years or older. Some officials say it may take until around March to reach younger generations.

But its potential for progress is unclear. The plans for administering AstraZeneca’s shots are still pending due to concerns about the rare instances of blood-clotting complications reported elsewhere. Johnson & Johnson applied for an emergency approval for its single-shot vaccine Monday, and if approved, it will be ready for use early 2022, its pharmaceutical arm Janssen Pharmaceutical K.K. said.

Japan also has a dire shortage of medical staff who can give the shots since only doctors and nurses can legally do so — and they are already busy treating COVID-19 patients.

Under pressure, Suga’s government has allowed allowed dentists and retired nurses to inoculate, and on Monday asked for pharmacists’ help. There are worries, however, that expanding the criteria may increase vaccine hesitancy in the public.

Separately, several local governments, including Aichi in central Japan and Gunma near Tokyo and Miyagi in the north, were also to open their own large vaccination centers on Monday.