Today, the riots represent a significant event leading to the gay liberation movement. 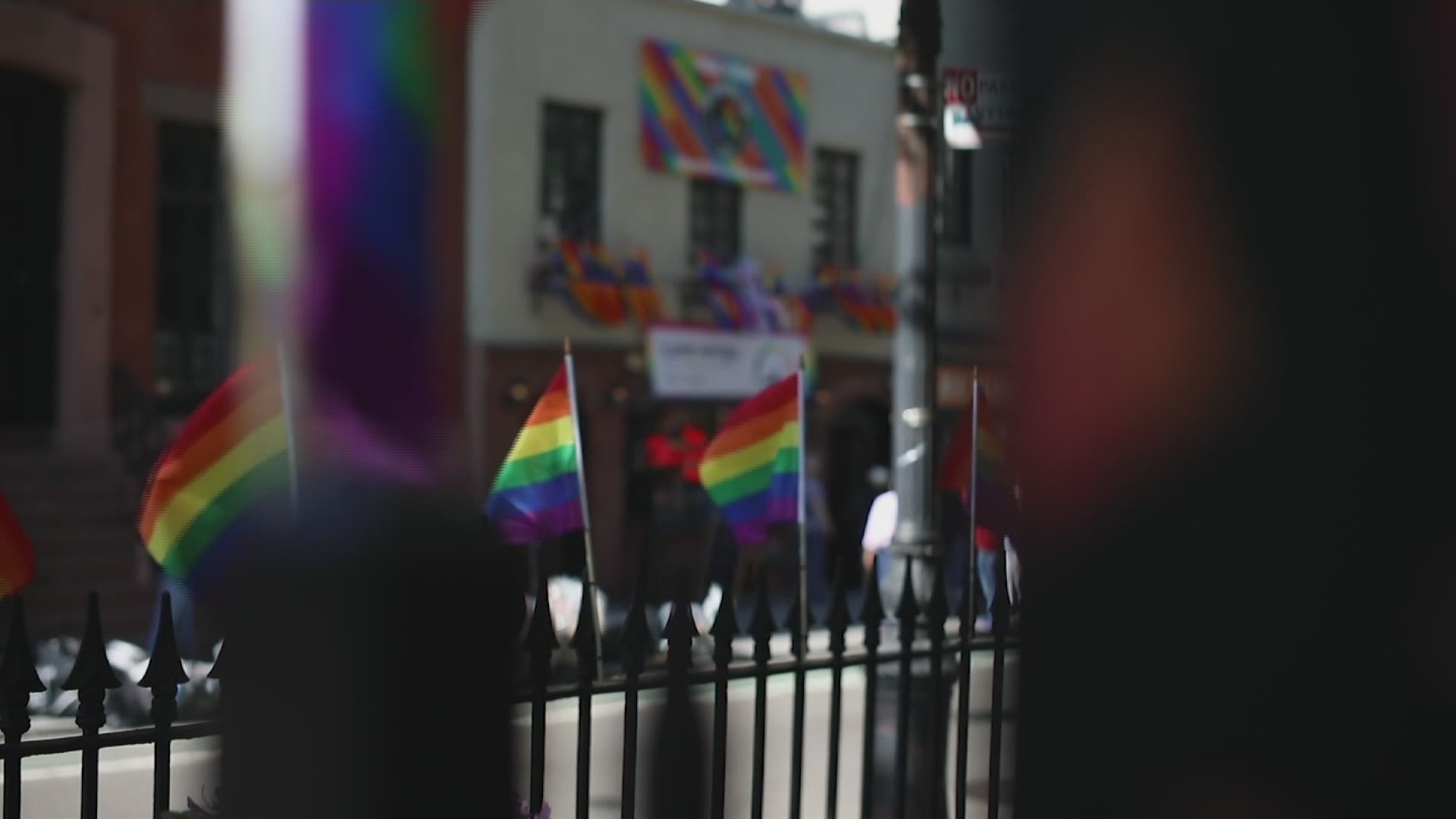 NEW YORK — Hundreds of New Yorkers and visitors from around the world filed past the landmark Stonewall Inn on Friday to mark the 50th anniversary of the rebellion that catalyzed the LGBTQ liberation movement, taking photos, awaiting musical performances, and reflecting on the uprising and its legacy.

"Fifty years ago, people stood up for their rights, and look where we're at now. We've got flags all over the city," said Richard Walker, 58, an airline worker from New York. "I'm getting goosebumps just really thinking about it."

On June 28, 1969, patrons at the gay bar resisted a police raid, sparking days of demonstrations, followed by longer-term organizing that made the cause of LGBTQ rights considerably more visible than it had been.

HJ Farr, an actor from Madison, Wisconsin, recently worked on a show there about Stonewall and made a point of going Friday to the place where it happened.

"I benefit directly from the events that took place, and I wanted to pay my respects and just feel the history," Farr said.

Robert Beaird traveled from Dallas to attend the anniversary events. At 53, Beaird came out only recently after being married to a woman and fathering children.

"I just kind of hid who I was for my whole life, and then within the last two years, I've been going through this kind of cathartic experience of accepting myself," he said. "Just to be here with all these people is pretty amazing."

The modern incarnation of the Stonewall Inn was the focal point of a day of celebrations that was to include musical performances and an evening rally.

Sunday's huge Pride parade — and an alternative march intended as a less corporate commemoration — also will swing past the bar and a tiny park outside. The park is at the center of the Stonewall National Monument.

Jocelyn Burrell remembered Friday how she'd felt welcome at the Stonewall Inn years before, despite identifying as a heterosexual woman. She feels a sense of common cause with its legacy.

Cities around the world also began celebrating Pride on Friday. Participants in a march in the Philippines went by the presidential palace in Manila, waving placards as they marked the 25th year since the first such gathering.

In 1969, the Stonewall Inn was part of a gay scene that was known, yet not open. At the time, showing same-sex affection or dressing in a way deemed gender-inappropriate could get people arrested, and bars had lost liquor licenses for serving LGBTQ customers.

The police raid on the bar began early the morning of June 28. It was unlicensed, and the officers had been assigned to stop any illegal alcohol sales.

Patrons and people who converged on the bar on Christopher Street resisted , hurling objects and at points scuffling with the officers.

Protests followed over several more days. A year later, gay New Yorkers marked the anniversary of the riot with the Christopher Street Liberation Day March. Thousands proudly paraded through a city where, at the time, LGBTQ people were largely expected to stay in the shadows.

"We understand we're the innkeepers of history," said current co-owner Stacy Lentz. "We really feel like the fire that started at Stonewall in 1969 is not done. The battleground has just shifted."