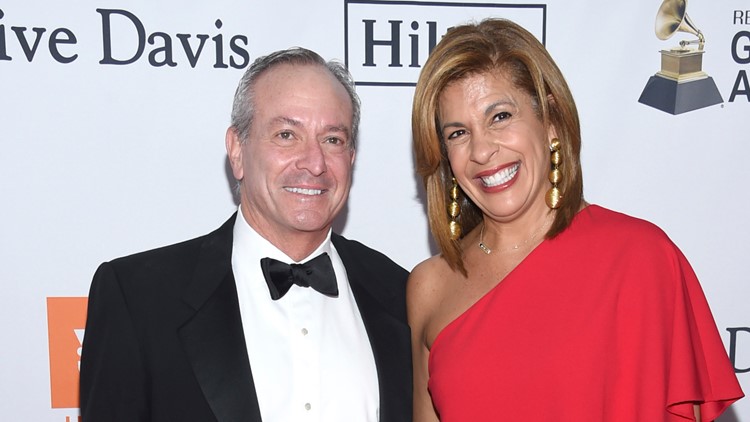 "A friend of mine, a friend of ours, asked me to let you guys in on a secret...I'll give you her initials. Her initials are Hoda Kotb and she's engaged," Kotb shared live on the air.

Her TODAY co-hosts were visibly shocked as Kotb showed off her bling.

"What are you talking about?! What," Savannah Guthrie exclaimed.

"When did you put that [ring] on? Did you have that on the whole time," Craig Melvin asked.

Kotb then dished a bit about the proposal details. She explained that she and Schiffman went on vacation over the weekend and had dinner on the beach when he popped the question.

"We were done with the dinner. I was eating the churros, licking the bottom of the bowl, and he was like 'I have something else I'd like to say,'" Kotb described. "And he said some beautiful things and then he got down on one knee and he said 'would you be my wife.'"

The couple has been together for six years and have adopted two children together.

Kotb joked they're still trying to figure out how to explain to their daughters that "your parents are going to get married."

After she shared the big news, congratulations began to pour in across social media.

Sterling K. Brown, who was on the show to discuss his movie "Waves," exclaiming "Congratulations!" when his TODAY interview began.