What's the status of a fourth stimulus check?

Nearly 160 million Americans have received some or all of their $1,400 stimulus check. Now many want to know if there will be another. 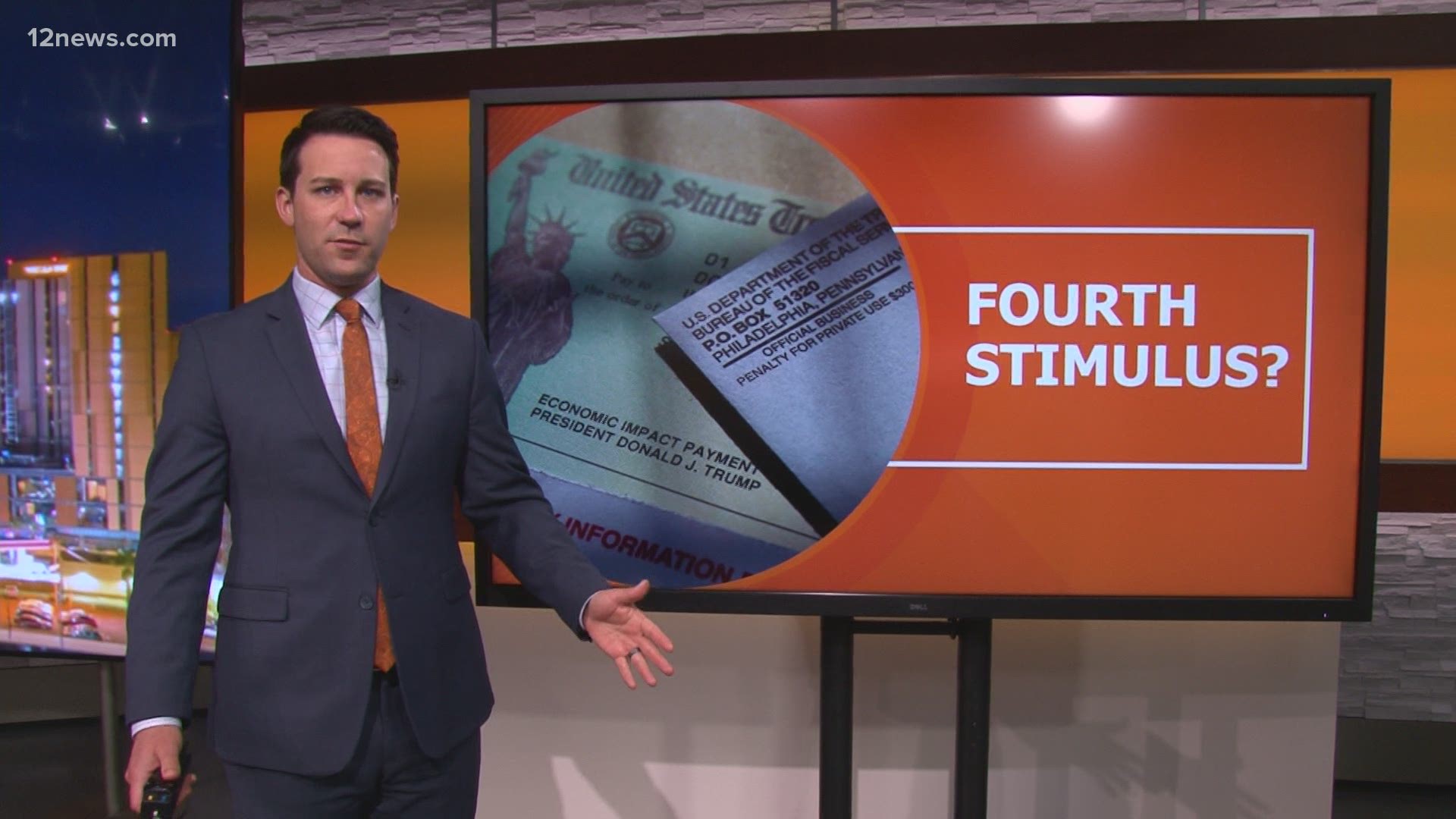 Multiple reports last month indicated 50 Democratic members of the House and up to 21 Democratic U.S. Senators signed letters urging President Joe Biden to push for recurring payments to Americans as long as the pandemic continues.

"Unemployment insurance has replaced lost income for millions who have lost their jobs. But millions of others do not qualify for unemployment insurance after seeing their hours reduced, switching to lower-paying jobs, or temporarily leaving the workforce to care for family members during the pandemic," the letter, obtained by Fox News, reads.

Is a fourth stimulus check from Congress really "confirmed?" And is there a fifth check on the way?

The answers are no and no. At least not yet, anyway. And there are several factors contributing to that.

Despite the decision to pause use of Johnson & Johnson's one-dose vaccine due to concerns of potentially dangerous blood clots, America is on track to vaccinate most citizens. Nearly half of all adults have received at least one shot of the J&J, Pfizer or Moderna vaccines, according to the CDC.

Also, lawmakers are indicating they are less likely to institute another full-scale lockdown, meaning a lower chance businesses will have to completely shut down again. And, the number of Americans applying for unemployment benefits tumbled last week to 576,000, the Labor Department said Thursday, a post-COVID low and a sign that layoffs are easing.

But there has been no indication that Biden, who is now working to get his $2.3 trillion infrastructure package through Congress, is making plans to take up another stimulus payment.

Another check could be a boon for many Americans. A new poll from Impact Genome and The Associated Press-NORC Center for Public Affairs Research found 38 million Americans say they are worse off financially than before the outbreak began in the U.S. For people below the poverty level, 29% said their personal finances worsened.

The federal poverty line for a family of four in 2019, prior to the pandemic, was $25,750. If you took all three stimulus payments from the last 13 months, that family would have received $11,400 from the government.

Overall, the Impact Genome/AP-NORC poll found 52% of Americans say they were able to save money for most of the past three months, while 37% broke even and 10% were short on paying bills.

Americans broadly supported Biden's first COVID relief package, passed five weeks ago. It contained $1,400 checks for individual Americans making up to $75,000 and $2,800 for couples making up to $150,000 plus a kicker of $1,400 per dependent. Pew Research said support for the bill was 70%. A Politico/Morning Consult poll found 72% supported it.

A George Washington University political scientist compiled data to find the bill was the fifth-most popular congressional bill or executive action in the last 31 years, the Economist reported.

But even with that, the passage of the $1.9 trillion bill -- which included provisions for extended jobless benefits, increased child tax credits and more -- was not easy to come by. Democrats used budget reconciliation. Through two votes in the House and one in the Senate, no Republicans voted in favor and there were a couple of Democratic votes in the House against. It took the dropping of a $15-per-hour minimum wage and some intense negotiations with moderate Sen. Joe Manchin, D-WV, over unemployment benefits to barely get it through the Senate.