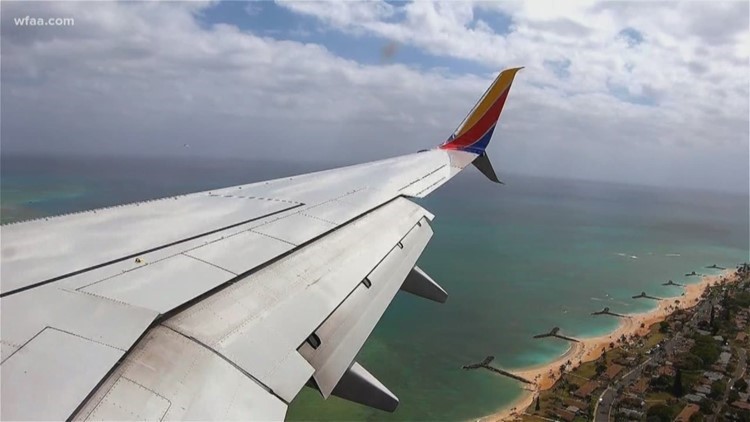 First Hawaii – is Europe next for Southwest Airlines?

HONOLULU — With much less fanfare on Monday afternoon, Dallas-based Southwest Airlines flew its first flight with passengers from Hawaii back to the mainland.

Southwest’s entrance into Hawaii is likely to lower the cost of flying to the islands.

“It’s not just what Southwest does, but what do the competitors start doing and then what is American forced to do,” explained Steve Cosgrove, owner of Dynamic Travel in Southlake.

Here’s what flights from Dallas to Honolulu currently sell for on a July 1 departure. Southwest sells a connecting flight in San Jose, California for $458 a ticket.

From DFW International Airport, American Airlines charges $564 a ticket with a connection in Los Angeles, California.

From North Texas, passengers can also skip the stop and fly direct to Hawaii on American for $814.

But Cosgrove said Southwest is likely to force those fares to fall.

And the more of its customers who redeem their Rapid Rewards points for Hawaii, the better the bottomline looks for the Dallas-based airline.

“The frequent flyer points are actually a liability on the company’s balance sheet, so if they can get them burned off that actually helps their balance sheet,” he said.

It took Southwest more than a year to get FAA permission to fly so far over open ocean. That new certification raises the question whether Southwest Airlines might now consider going to Europe from the East Coast.

“There’s Alaska, there’s Canada that they haven’t crossed yet. Will they eventually go to Europe? Most likely because none of us ever pictured Southwest going to Aruba and Honolulu,” Cosgrove said.

The airline’s Executive Vice President and Chief Revenue Officer, Andrew Watterson, amusingly dismissed the possibility. “Well, let’s take one step at a time. Hawaii is already a big deal for us. It’ll take us this year and next to fully build it out,” Watterson said. “We’ll concentrate on that first. Get that under our belt and then figure out where else we can go in the world.”

The Texas airline, first mapped out on a cocktail napkin, has already expanded much farther than many expected.