The warning comes after several incidents of unruly passengers aboard flights leaving the Washington, D.C., area in recent days. 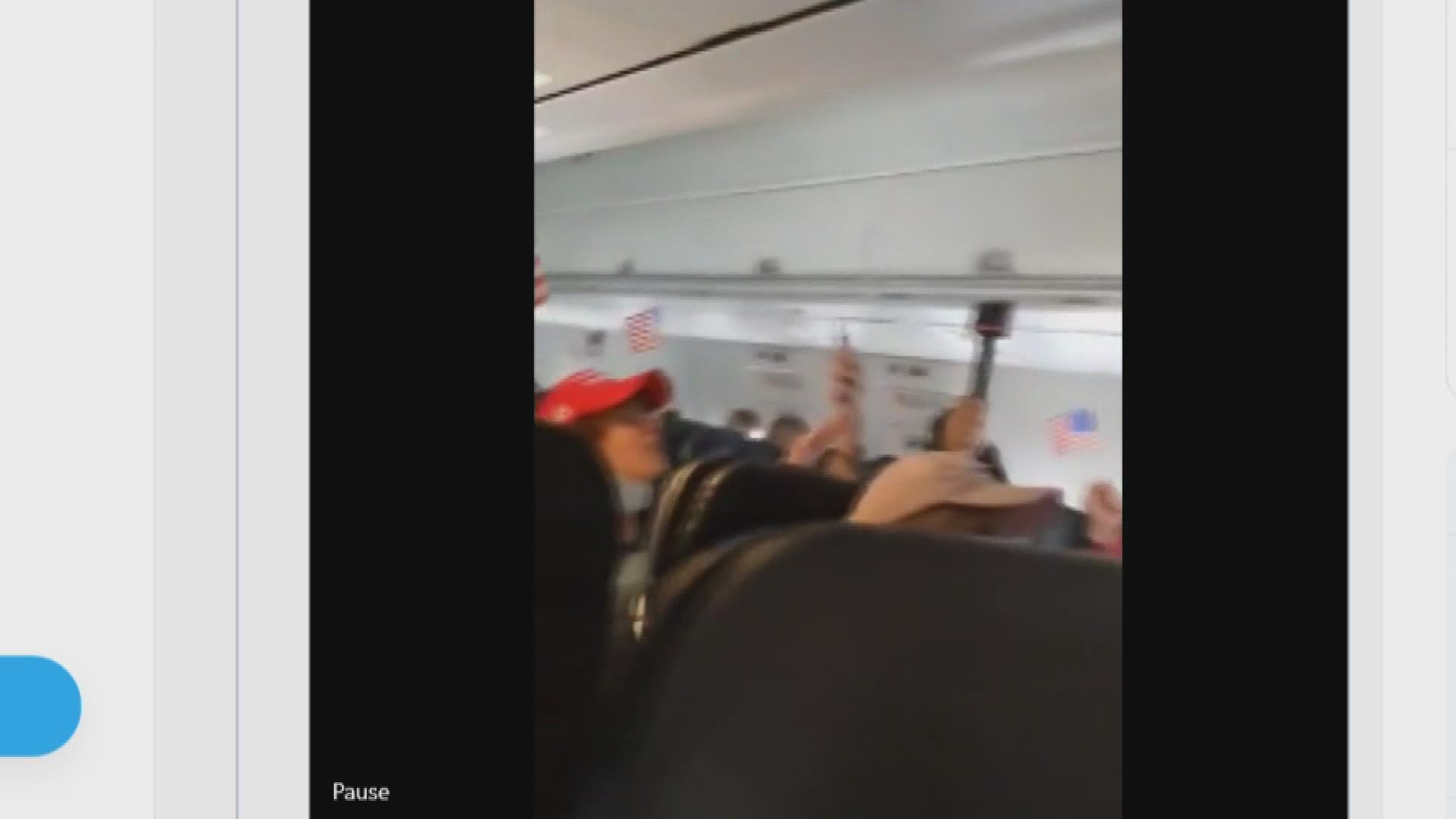 There have been several incidents of unruly passengers aboard flights leaving the Washington, D.C., area in recent days, and now the head of the Federal Aviation Administration is threatening to “pursue strong enforcement action against anyone who endangers the safety of a flight.”

Administrator Stephen Dickson says he expects passengers to follow instructions from airline crews. He notes that the penalties for interfering with crews range from fines to jail time. The Washington Post reports fines could reach $35,000.

The recent incidents include an American Airlines captain threatening to land a Washington-to-Phoenix flight in Kansas if passengers chanting “USA” didn't behave. A female passenger can be heard mocking the captain’s warning.

RELATED: House speeding to impeach Trump for US Capitol 'insurrection'

Last week, Alaska Airlines placed a ban on 14 passengers who refused to wear masks and argued with crew members on a flight from Washington to Seattle.

Flight attendants have expressed concern that their flights could be carrying supporters of President Donald Trump who took part in Wednesday’s violent protest and siege of the U.S. Capitol.

Sen. Mitt Romney, R-Utah, and Sen. Lindsey Graham, R-SC, were recently seen on video being harassed at the airport by supporters of Trump.