The restrictions for Wednesday's event are due to COVID-19 safety protocols, but will have the added security benefit. 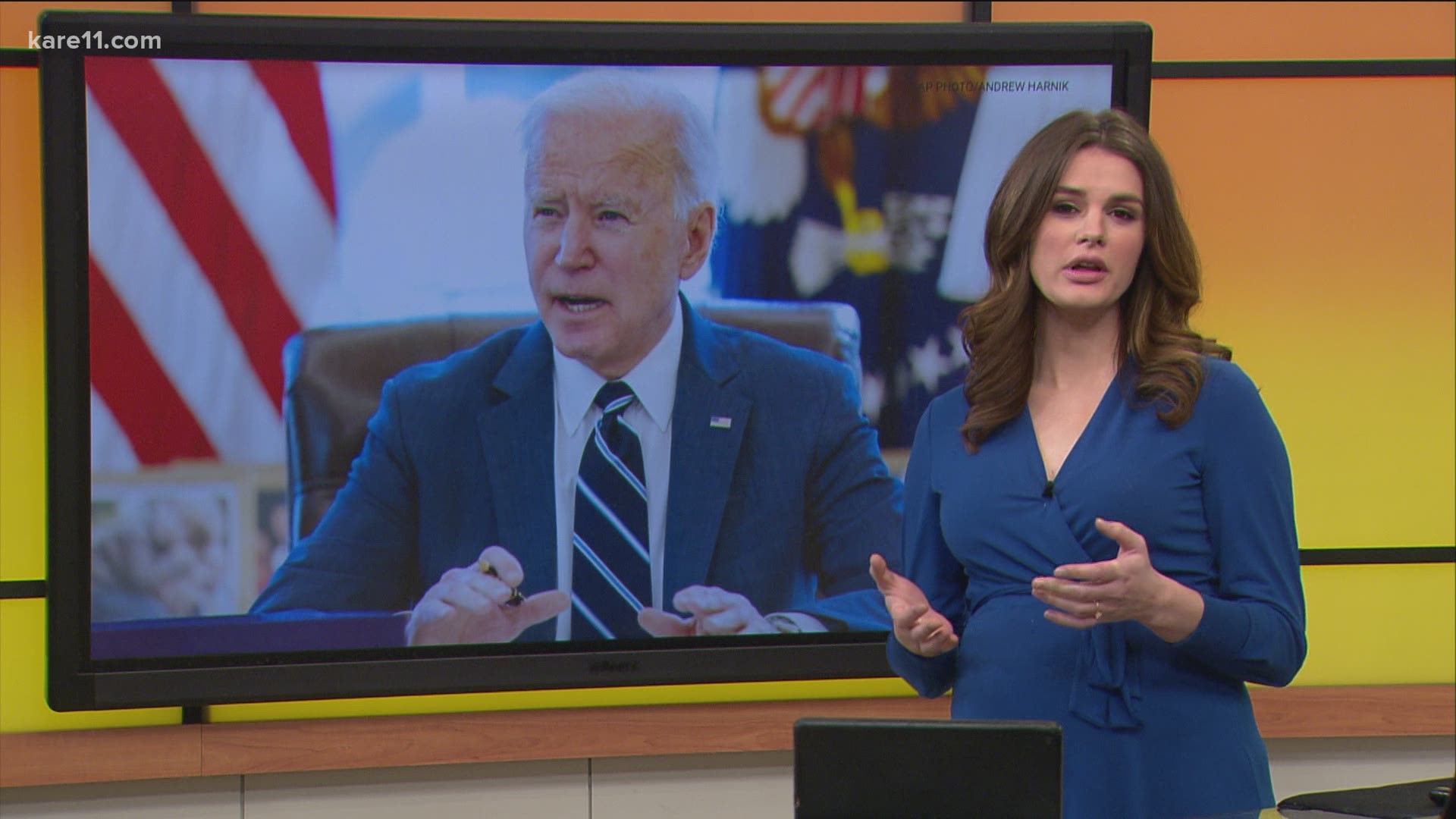 The restrictions for Wednesday's event are due to COVID-19 safety protocols, but will have the added security benefit of a limited number of people inside the Capitol for the president's first major indoor event since he took office just weeks after the Jan. 6 insurrection. Fencing is still up around the U.S. Capitol, and the National Guard is still there.

“Obviously the events of the 6th are poignant reminders of why we need to be vigilant,” said Michael Plati, the U.S. Secret Service special agent in charge who is leading security for the joint session. “But the standard of security remains the same.”

Congressional leadership extended the invitations, and anyone without one must leave the building by 5 p.m. Wednesday, though staff with Capitol offices and those credentialed by the Sergeant at Arms can remain in the building, according to a memo by Timothy Blodgett, the acting sergeant at arms. Official visitors are allowed only until 1 p.m. and they must be escorted into the Capitol from the barricades.

While senators are in Washington this week, the House is not in session, with most lawmakers working remotely. House Republicans are holding a private retreat in Florida and it’s doubtful many will rush back to attend.

Chief Justice John Roberts is the only member of the Supreme Court who was invited to Wednesday’s speech. He plans to attend, court spokeswoman Kathy Arberg said.

RELATED: Harris tells UN body it's time to prepare for next pandemic

One of the main issues on Jan. 6 was a lack of coordination between multiple agencies in the district, which won’t happen this time because those agencies have already been approved to work together and have been doing so for months, said Plati, who led security for the Jan. 20 inauguration that went off without any problems.

House Speaker Nancy Pelosi invited Biden to the chamber to “share your vision for addressing the challenges and opportunities of this historic moment.” Presidents don’t deliver a State of the Union address to Congress until their second year in office.

The joint session is designated as a “national special security event,” which clears the way for communication, funding and preparation between multiple agencies in Washington, including the Capitol Police, Pentagon, Homeland Security and District-area police. Other such events are the State of the Union, the Super Bowl and the Democratic and Republican National Conventions.

Biden's address comes as he completes his first 100 days in office. He didn't give a traditional address to Congress earlier this year because the White House said he was focusing on his COVID-19 recovery and response efforts.

The address will provide him an opportunity to update the American public on his progress toward fulfilling his promises and make the case for the $2.3 trillion infrastructure package he unveiled earlier this month.

Security will be tight around the Capitol region for the event. National Guard troops, in place since the riot, are still in the area. Some security plans will be obvious: officers in uniforms, checkpoints, metal detectors, fencing. Some won’t. Capitol police said Monday that streets around the Capitol will be shut down two hours before the event.

“We have many options and we prepare for contingencies well in advance," Plati said.

The Capitol plaza remains behind fencing erected after the mob of Donald Trump supporters descended on Jan. 6, sacking the building and disrupting the vote to certify Biden's presidential win. Five people died, including a Capitol police officer. The riot was a massive law enforcement and governmental failure. Hundreds of people were charged in the insurrection.

There also had been a second, razor-wire tipped fence that blocked off city streets around the Capitol but that has since come down. Soon after it was removed, a man rammed his car into two Capitol police officers, killing one. It's likely that streets will be blocked off anew for Wednesday's event. And a 22-year-old Virginia man was caught by Capitol police scaling the fence Monday. He was taken into custody.

Law enforcement officials never go into too much detail about security so would-be attackers aren’t tipped off. But Plati said they’ve taken into account recent events, and also have watched other major U.S. events, like the verdict in the Derek Chauvin trial in Minneapolis and the response to it.

“There are always opportunities to learn from these incidents, but the planning is comprehensive” and incorporates the possibility for mass civil unrest or other security concerns, Plati said.

“We continuously evaluate the intelligence with our partners and refine the plan; we look to make those refinements,” Plati said.