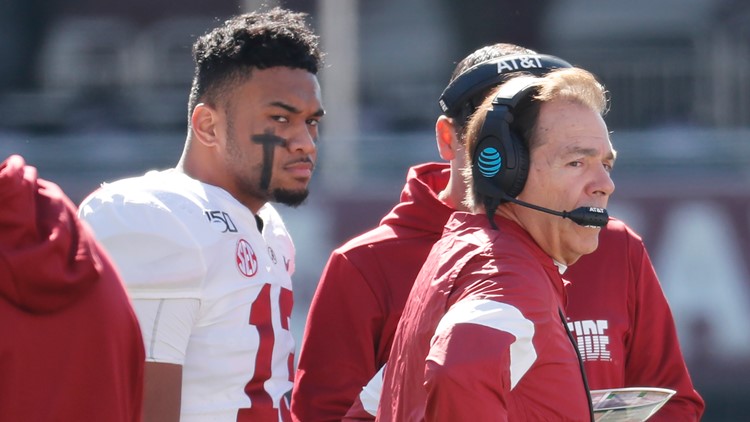 Photo by: AP
Alabama quarterback Tua Tagovailoa (13) listens to instructions from head coach Nick Saban during a timeout in the first half of an NCAA college football game against Mississippi State in Starkville, Miss., Saturday, Nov. 16, 2019. (AP Photo/Rogelio V. Solis)

Tagovailoa said he used lots of "prayers, thoughts and guidance" to get to this decision.

Alabama head coach Nick Saban said "Tua has probably had as much of an impact on our program here as any player we've ever had."

Saban added that "there's a spirit about him that's impacted myself and everyone else around him."

Tagovailoa suffered a hip dislocation during the Crimson Tide's Nov. 16 game against Mississippi State and had surgery shortly thereafter.

He was projected as a potential No. 1 overall pick before the injury.

ESPN draft analyst Mel Kiper Jr. said he expects Tagovailoa to still be an early first round pick and to go at No. 5 (Dolphins) or No. 6 (Chargers).