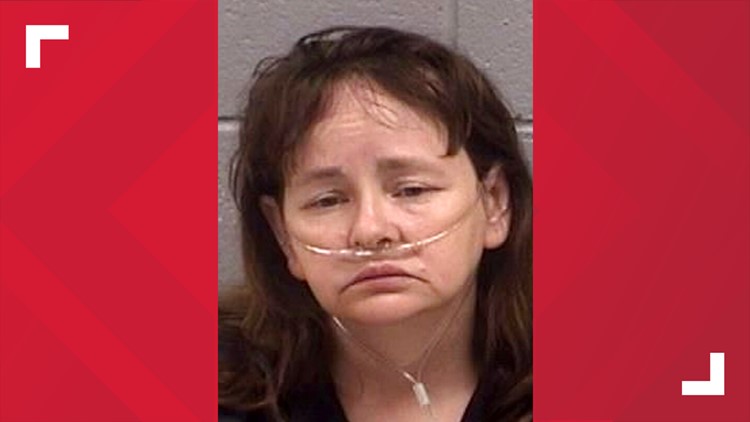 AZTEC, N.M. — A judge in New Mexico ordered Pre-Trial Services to look into and evaluate the conditions for releasing a mother accused of boiling puppies and abusing her teenage daughter.

A petition was filed on July 19 to review a judge’s order that “denied modified conditions of releasing Crouch.” On Thursday, an Aztec District Court judge ordered Eleventh Judicial District Court's Pre-Trial Services Program to evaluate Crouch, according to the Current.

The newspaper reported the hearing lasted 90 minutes and a decision will be made about Crouch’s release after the judge looks over the Pre-Trial Services reports.

The San Juan County Sheriff's Office began an investigation following the arrest of one Crouch’s adult children on a charge of assault with a deadly weapon. Detectives say they uncovered false allegations that two sons beat another brother to death and kidnapped a sister, but heard other claims of abuse, torture and extreme animal cruelty.

One teen daughter told authorities of physical and emotional abuse that had gotten so bad that two of her older siblings took her from New Mexico to Arizona to keep her safe, according to court documents. The teen said after one of their dogs had puppies, the mother "took the puppies and put them into a giant pot and boiled them, making all the kids watch," the documents said.

She said she was hit by her mother with a plastic cooking spatula for questioning why she wasn't allowed to go to school. Another, whose age also wasn't disclosed, said she got pregnant at 14 and her mother beat her until she had a miscarriage.

Another daughter told authorities she was kept in a "fat chain" for three years while the family lived in Alaska because her mother thought she was overweight.

A son told detectives he was "beaten, shot, stabbed and run over by his parents" and "had BBs still inside his arm from when the mother shot him with a shotgun."

He said New Mexico child welfare investigators recently came to the house to look into allegations of educational neglect but the mother loaded up the three younger children in a car and took them to the Navajo Dam to avoid them being spotted.

The children told detectives the family had lived in a number of places over the years and every time authorities questioned the parents' activities, they fled to a new place, according to court documents.

Deanna Taylor, an investigator with the New Mexico Children, Youth and Families Department, said she received hundreds of pages of reports from other social service agencies in several other states, including Alaska, Kansas, Missouri and Montana. It is not clear what types of allegations were made against the couple in those states and whether any action was taken against them.

Authorities also reported finding the body of a dog buried in the backyard that was shot as a punishment to the children.

The Associated Press contributed to this story.