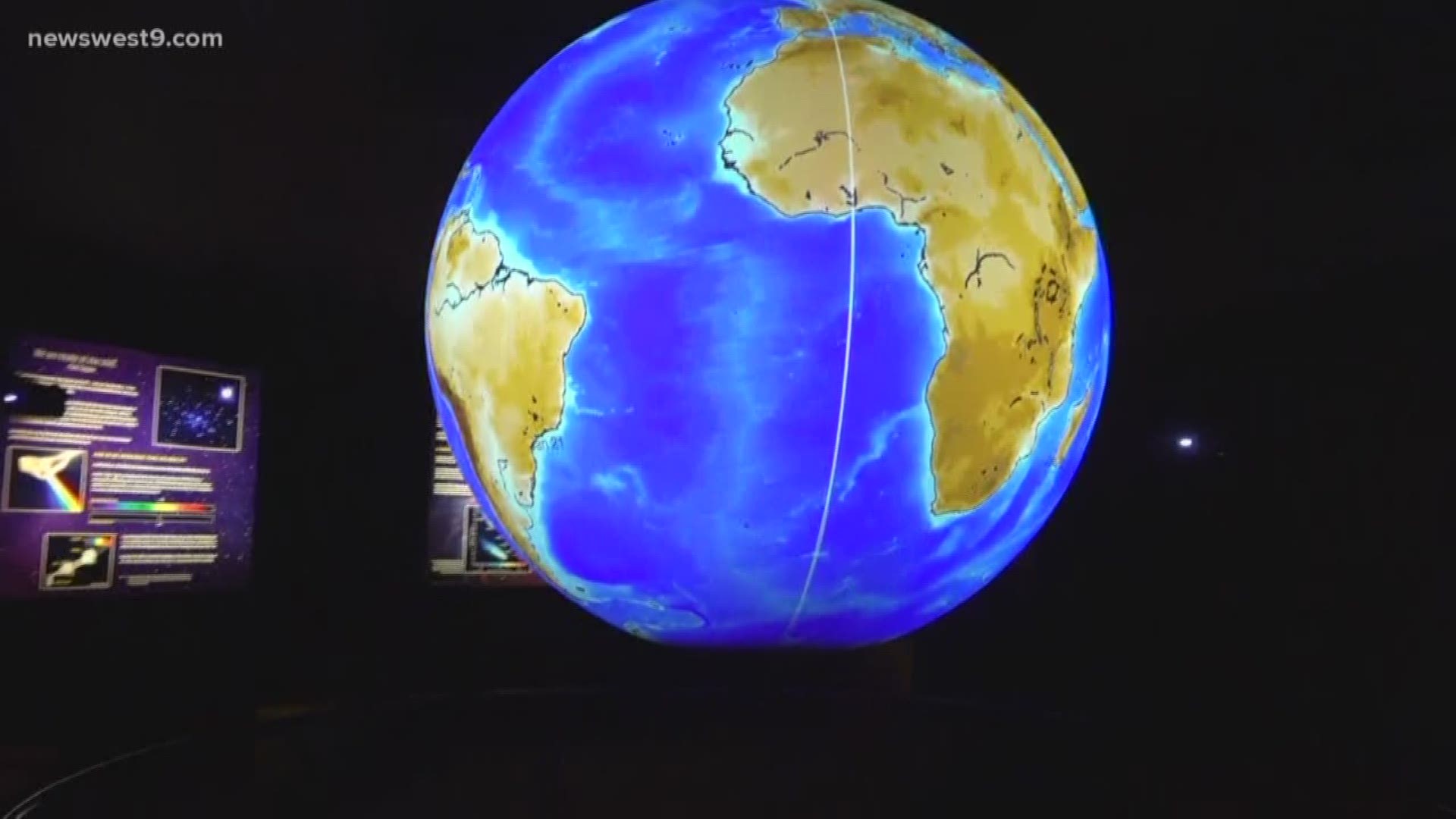 MIDLAND, Texas — A new exhibit is coming to the Permian Basin next week. It's goal?...

Getting you hooked on science in a way you've never seen before.

Science On A Sphere is coming to the Museum of the Southwest in Midland.

It’s in a partnership with NOAA, Cimarex, and the Abell-Hanger Foundation.

It can display real-time earthquakes, satellite images, and even Facebook connections in an interactive way.

It's all designed to inspire interest in earth sciences, "Science on a sphere is different, it's big, it's a six foot sphere, you go into this thing and it's really a different experience, so it's not just another google earth or something like that where you're going and just looking at a screen, you really feel like you're part of the experience", stated Lead Engineer, Keith Searight.

A ribbon cutting ceremony will be held on Monday, with the grand opening Saturday, July 20th.