Howell's proposal includes a pick-up service similar to what you'd see in larger communities. She plans to present her petition to the city council. 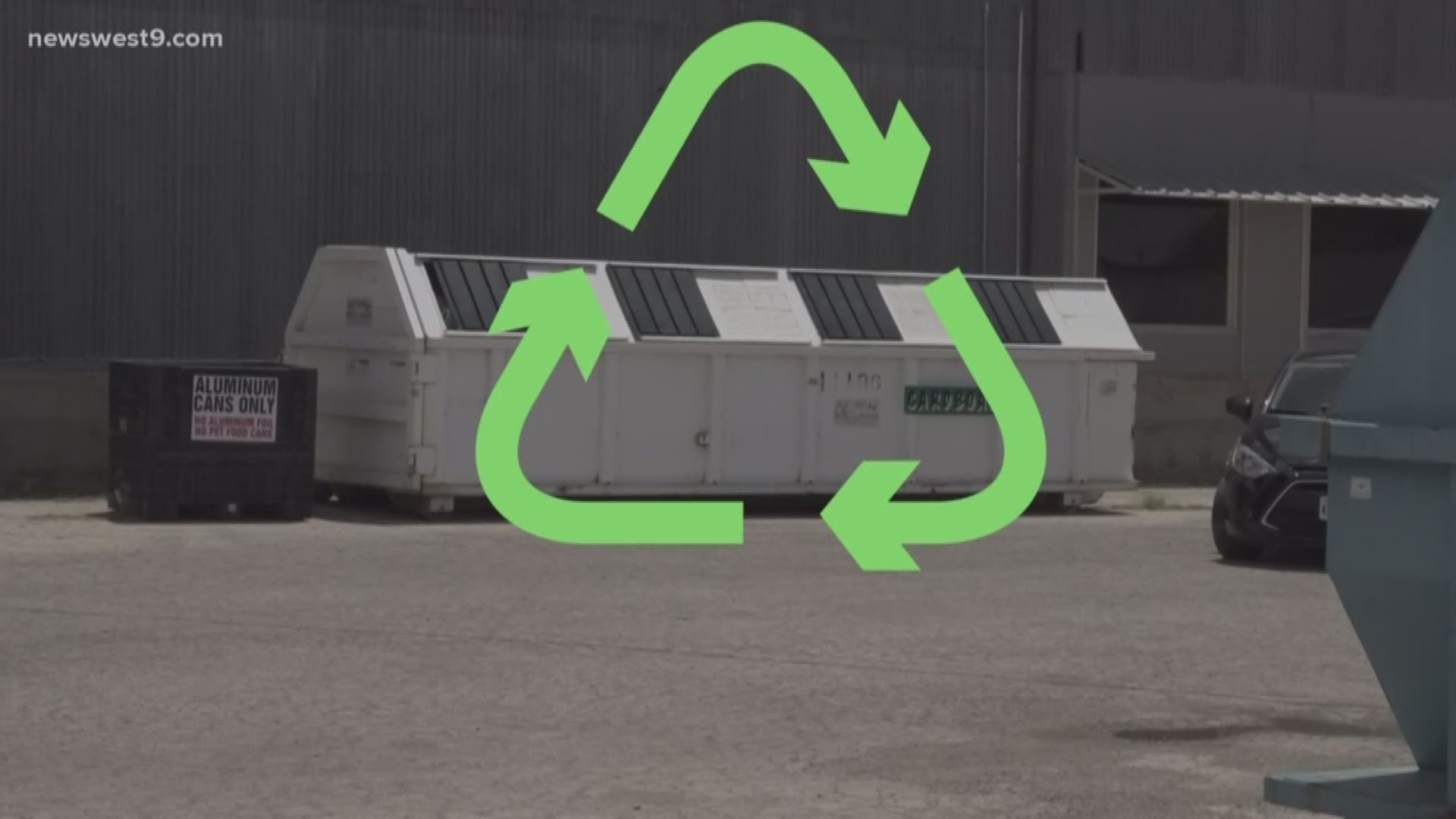 MIDLAND, Texas — A Midland woman is trying to bring more attention to recycling in the Tall City, and people in town are on board with the plan.

So far, Hailey Howell has over 1,000 signatures on a petition.

Though the city says their hands are tied when it comes to the current recycling program and may not be able to change much.

The trash along our highways, and sometimes stuck in mesquite bushes is an eyesore West Texans are familiar with.

Howell is calling out West Texans saying something has to change.

"My whole momentum behind the movement itself is just taking one small action at a time," said Hailey Howell, who created the petition.

Her solution is to grow the city's recycling program.

"So we have our citizen collection station that's our drop off point for all residents and they can go recycle cardboards, plastics 1 & 2, papers, aluminum and we also recycle white goods which is your stoves washers and dryers, water heaters," said Jeff Ahrlette, director of the Solid Waste Department in Midland.

While Howell's ideas are great, the city says growing the program is not an option right now.

"We can say oh yeah it would be great to take glass but if our recycler doesn't take it then it's still going to go to the landfill bc we have nowhere to take it," said Arhlette.

"You DFW areas have that but they also have large recycling facilities right they have these facilities with big conveyor belts that do self-sorting and Midland Odessa doesn't have that," said Arhlette.

The city says it's the big brown dumpsters in West Texas that would make a complete operational change too large of an expense.

Howell plans to present her petition to the city council at the next meeting.

"Any action is adequate for me. I would just love to see them care about this because I really didn't expect so many citizens in Midland to care about this," said Howell.

In the past, the city was paid by a third-party recycler to take their items, but now the city has to pay a "bailout" fee because China began limiting what recycled items they would accept from the United States as part of the 'Green Sword Act'.