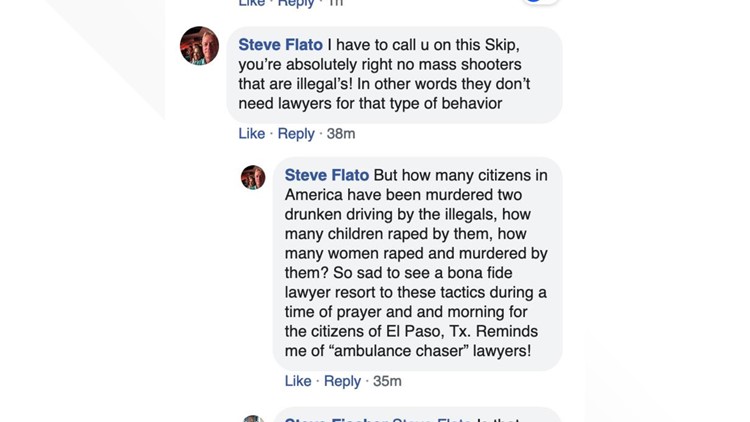 MIDLAND, Texas — Steven Flato, Midland ISD swimming and diving head coach, has been verbally reprimanded following comments made by him on Facebook.

According to screenshots, Flato made comments regarding the shooting that took place in El Paso over the weekend.

Flato reportedly made the following comment captured in a screenshot:

“I have to call u on this Skip, you’re absolutely right no mass shooters that are illegal’s! In other words, they don’t need lawyers for that type of behavior. But how many citizens in America have been murdered two drunken driving by the illegals, how many children raped by them, how many women raped and murdered by them?”

"The comments posted online do not reflect the values and ideals of MISD. It is the District's expectation that all Midland ISD students and staff express themselves thoughtfully and respectfully. The individual responsible for these comments has been reprimanded, and the District appreciates it being brought to our attention."

Many people reached out to MISD with concerns over the comments, calling Flato's comments "bigoted".

Flato is also employed part-time with COM Aquatics, but the president declined to comment on the situation.

The swimming coach has been with MISD since 2017. He previously worked Eastwood High School in El Paso.