Midland ISD board members being sued

Save Lee Rebels petitioners filed a lawsuit against the board members on Oct. 29. Asking the judge to remove the five board members for "incompetency." 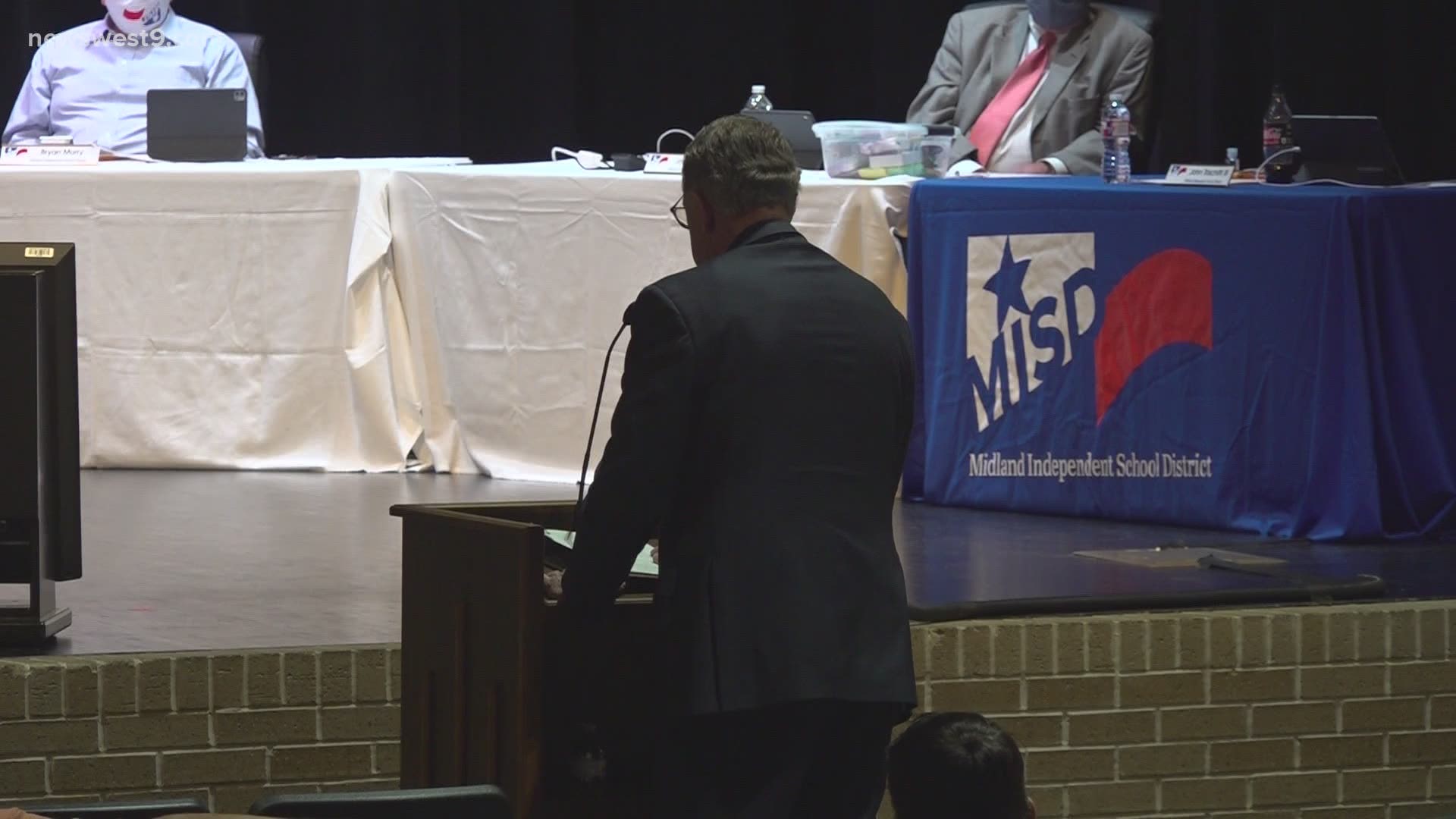 Midland ISD board members are being sued by a group of people who wanted to keep Lee High School's name.

Save Lee Rebels petitioners and Carrie McNeil filed a lawsuit against them Oct. 29. Calling on the board members to be removed for "incompetency."

Brian Murray and Tommy Bishop are the only two board members who are not being sued. Murray voted to keep the Lee High School name and the Bishop regularly meets with his district's teachers.

The petitioners were advised by their attorney to have some leadership remain on the board and they chose those two.

Aside from the name change, McNeil and the petitioners believe the board members have shown incompetence in many cases.

"We've got problems everywhere," McNeil said. "If you look at the past year from the bond election, golf course purchases, apartment purchases, renovation purchases, COVID, we have a lot of issues, and a lot of people are concerned."

McNeil believes the board has been throwing money at issues, rather than solving them.

"Board members are just not listening to their constituents," McNeil said.

The lawsuit is being filed in a district court, where the judge will decide if the MISD board members showed carelessness in the discharge of their duties.

The judge will also look at if MISD accepted a canvas of inaccurate votes during the school bond election after knowing that ballots were missing, performed inadequately by purchasing a new golf course for the high school, spent more money than approved for on two apartment buildings, and not knowing the bid process of the renovation of the apartment buildings or the renaming of the school.

"This action is a transparent attempt to retaliate against the five Board members who lawfully exercised their discretion and voted against the L.E.E. acronym (“Legacy of Equality and Excellence”) for Robert E. Lee High School and, instead, voted to name it “Legacy High School” while also voting to keep a re-depicted Rebels mascot and the school colors maroon and white.* It is also a wrongful attempt to intimidate or silence board members exercising their right of free speech on matters of public concern.”

He went on to add:

“The first lawsuit bought regarding the re-naming of Robert E. Lee High School was dismissed this week and costs assessed against the person filing it. I hope that the same result will happen to this second suit."

As for how long the process is going to take? We do not know.

If the judge in the lawsuit finds the board members performed with gross carelessness in the discharge of their duties or committed incompetency through gross ignorance, there may be an order for the removal of the named board members in the suit.