Midland family thankful for community after losing house in fire

Despite losing nearly everything they own in a house fire on December 6, Clinton Walters and his family are staying positive. They said is in part thanks to a show of support from their community. 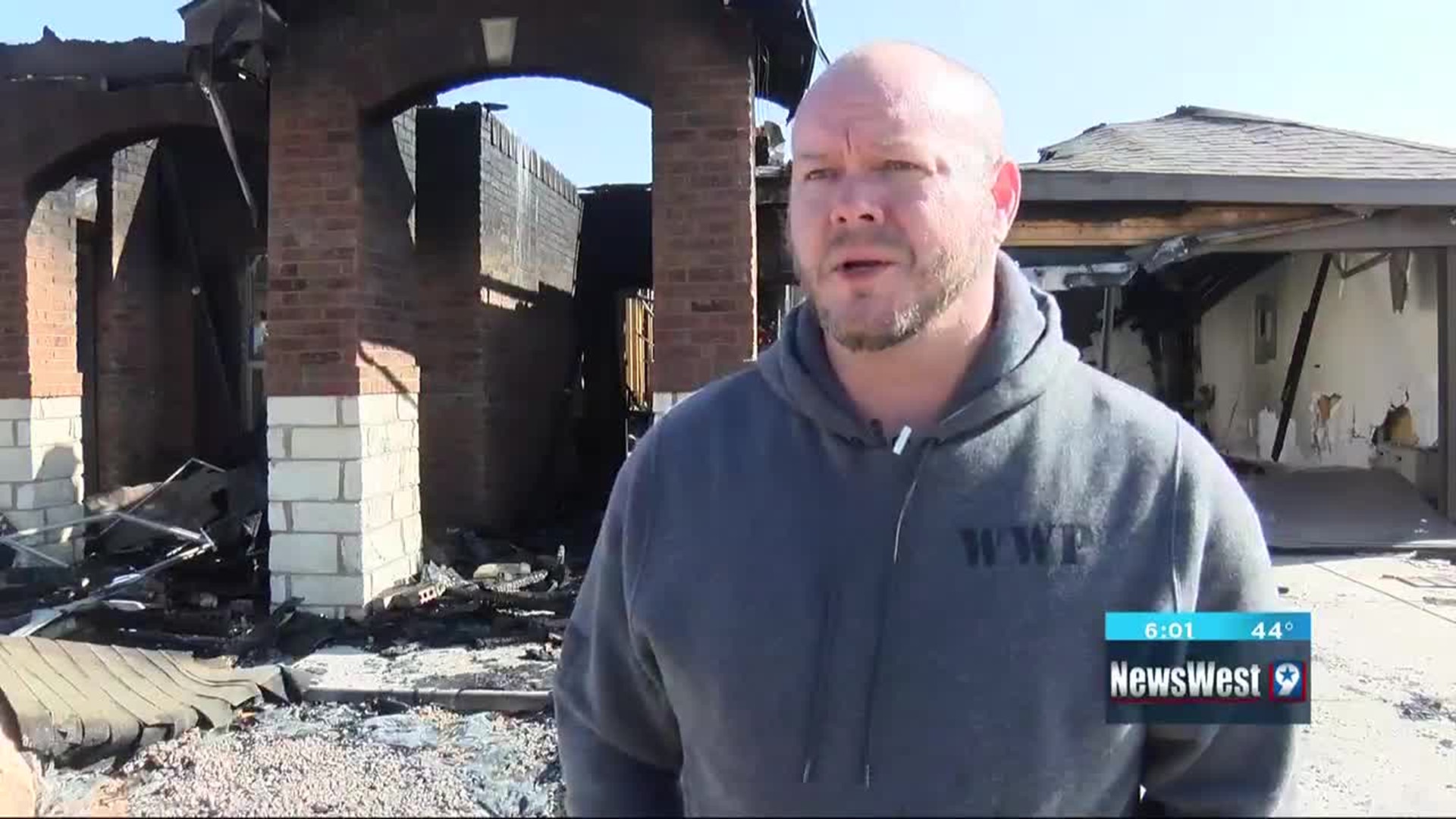 MIDLAND, TX (KWES) - Despite losing nearly everything they own in a house fire on December 6, Clinton Walters and his family are staying positive.

They said is in part thanks to a show of support from their community.

Since the tragedy, Clinton told us neighbors and the Midland community have donated more than three truck loads of clothes and toiletries to his family.

Clinton, his wife and their two children are now staying in a hotel until they can find a more permanent solution, a place they checked into with nothing but the clothes on their back.

On December 6, Clinton told us the Walters family home went up in flames while him and his wife were picking up their daughter from a dance class.

When they returned, Clinton says the flames were so intense nothing could be retrieved from the home.

“It’s the sentimental loss of the things that we’ll never be able to get back that has been the hardest pill to swallow,” said Walters.

After the fire, several donation drives have been held for the Watler family by neighbors and friends.

Immediate needs were donated to the Betenbough Home Center.

A Facebook fundraiser raised more than $6,000 for the family as of December 10.

Also a fundraiser will take place at the two Wing Stop locations on December 11, the fundraiser was set up by the Walters neighbors Tiffany Calderon and her wife, who manage both locations.

The fundraiser has agreed to donate 15% of the entire day’s worth of sales from the two Wing Stop locations.