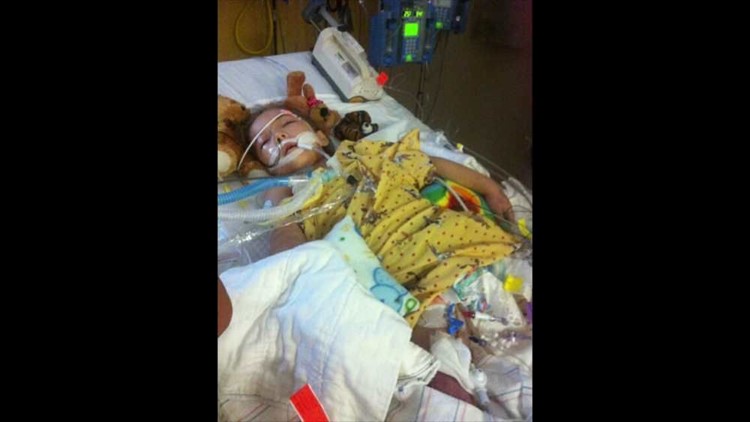 MIDLAND - The parents of a six year old Midland girl have filed a medical malpractice suit against Midland Memorial Hospital, Midland Pediatric Associates, Midland Emergency Management and three Midland doctors. Her parents and their attorney claim the young girl didn't get the medical attention she needed.

But according to the medical malpractice lawsuit filed by Hannah Hernadez's family, she did not get better. Hannah's parents are claiming "gross negligence" on the part of several Midland doctors.

"Nobody should ever have to see their kid they way I saw my daughter," Hernandez said.

According to the lawsuit, between July 30 and August 6 of 2011, Hannah made several visits to Midland Pediatric Associates and the Midland Memorial Hospital emergency room. She was experiencing symptoms of abdominal pain, fever, a racing heartbeat along with other symptoms. Hanna's family says doctors failed to identify that she had appendicitis.

On August fifth, the young girl was airlifted to Covenant Children's Hospital in Lubbock. That's where she underwent surgery. Doctors removed three quarts of puss from her stomach, following a ruptured appendix. According to the lawsuit, Hannah suffered multiple cardiac arrests during emergency surgery and at one point doctors had to conduct CPR for 45 minutes.

"She ended up permanently brain damaged and lost a leg to this," the family's attorney, Les Weisbrod, said.

Now her family is seeking more than one million dollars. Their Attorney said the cost of Hannah's past medical care is over $1.6 million and her future care is expected to add up to $40 million.

"Midland Memorial Hospital has a governmental cap of $100,000. In a case like this, that is obviously not going to take care anywhere near the compensation needed or the future care," Weisbrod said.

Meanwhile, her parents say this experience has left their daughter scarred for life and they want justice.

"Hannah is very dependent on us. We are extremely glad to have her but it's way different," Hernandez said.