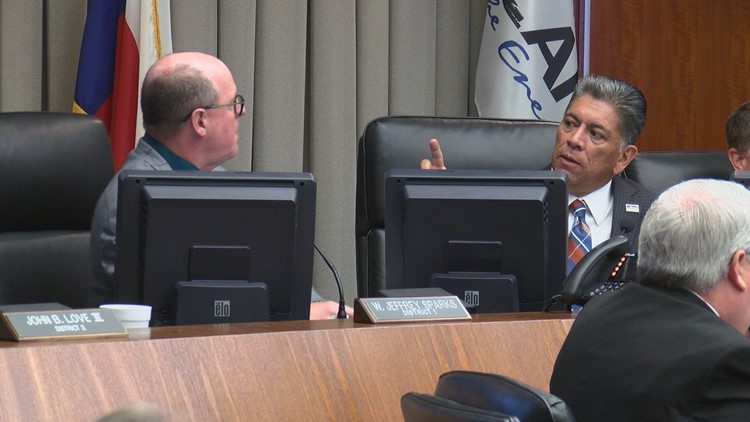 The plans for a park project sparked a passionate back and forth between Councilman Jeff Sparks and his colleagues on August 28.
Author: Dana Morris
Published: 10:22 PM CDT August 28, 2018
Updated: 1:37 PM CDT September 23, 2018

MIDLAND, TX (KWES) - The plans for a park project sparked a passionate back and forth between Councilman Jeff Sparks and his colleagues August 28.

At the center of the debate, the contract for downtown Midland's newly announced Centennial Park.

The contract was developed over two years of negotiations and proposed a 49-year lease agreement with the newly formed non-profit organization named the Midland Downtown Park Conservancy.

Though Councilman Sparks say after he read the contract last week, he was filled with concern and opened a discussion with the city attorney.

"There are a lot of things in that agreement that is skewed towards the Conservancy, the city does not have any rights in it (the agreement), so he agrees but he's been told this is what we're gonna do."

The Midland Downtown Park Conservancy will be operated by a 7 member board and 3 members who will be appointed by city council.

The four others will be representatives of Scharbauer foundation and Concho resources, the private organizations that combined made $10 M worth of donations to the $15 M project.

Councilman Spencer Robnett says this deal the Centennial park contract does not reinvent the wheel, "the model that we put this contract after was done after the city of Houston and Dallas. This is not a new concept, the non-profit park managing a park in the city."

Though, time after time, Councilman Sparks expressed concerns that the contract didn't give enough rights to the city or flexibility for change for its 49-year term.

In turn, Sparks suggested a postponement on the agenda item for further discussion, "I would've liked to tie some things down in the contract that are written, but it didn't come to pass."

"Councilman Sparks had some great points he brought up today, but at the end of the day he still supported the project, just had some concerns of control over the project long-term," said Robnett.

Finally, at the end of the nearly hour-long debate, the Midland City Council with exception to Sparks came to an agreement that this was the right deal and the right time. The agreements were passed with a vote of six to one.

The Downtown Centennial Park is expected to be completed in 2020.