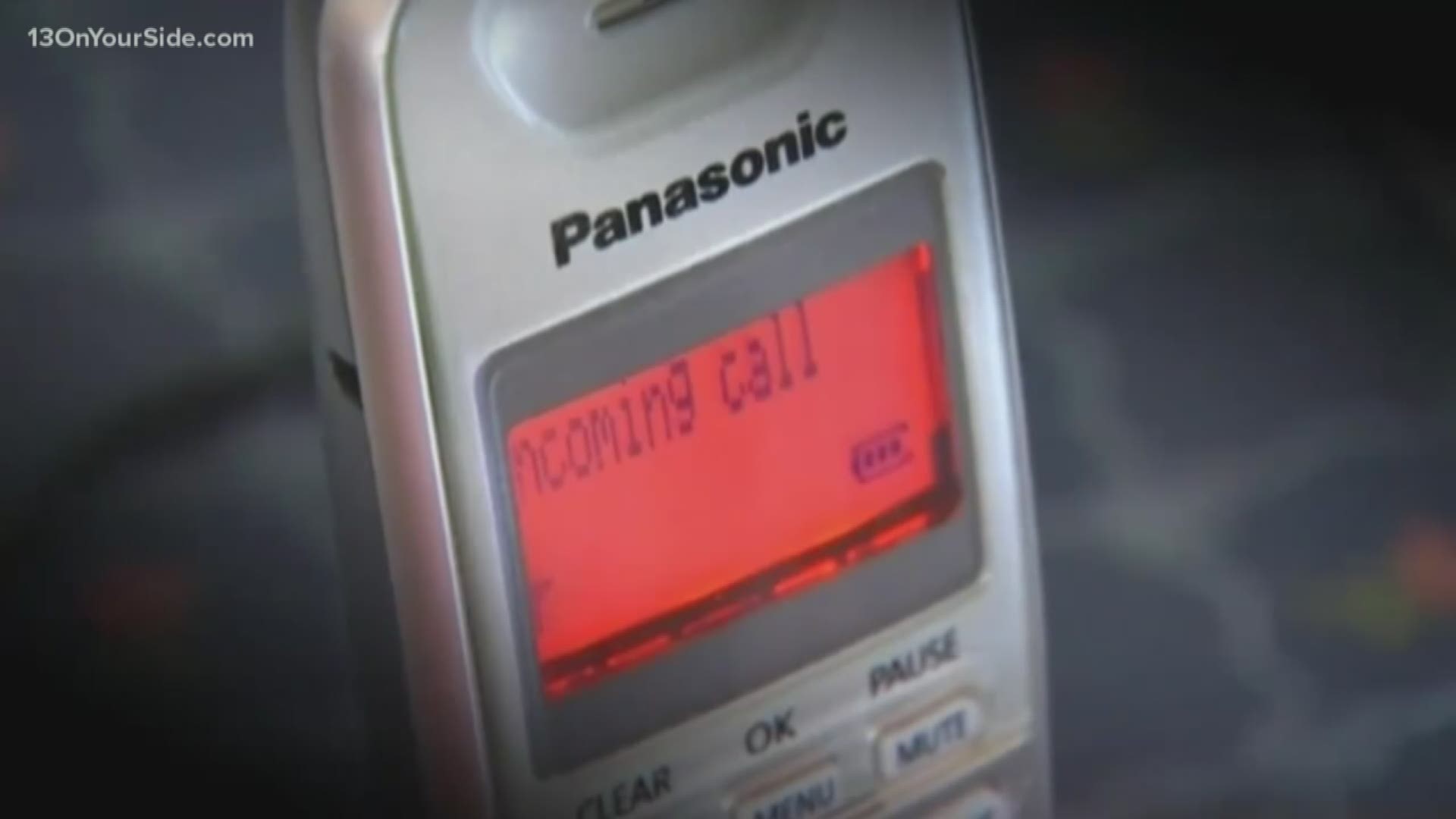 WASHINGTON D.C., DC — Michigan U.S. Senator Gary Peters is among the senators who introduced a bill that would double the penalties for illegal caller-ID.

The Anti-Spoofing Penalties Modernization Act of 2019 would double the fine per violation from $10,000 to $20,000 and the maximum fine from $1 million to $2 million, according to a press release from Peters.

The act would monitor "spoofing," according to the press release.

Spoofing is a tactic scammers use to trick people into answering the phone by saying they are from the FBI, IRS, or another legitimate source.

Over 784 million robocalls have been placed to Michiganders so far in 2019, according to the press release. And in Grand Rapids, there have been over 10 million calls in the last month.

RELATED: Robocalls: How can we get rid of them?

“The millions of robocalls that Michiganders receive are not just annoying – but in many cases are outright scams. Unfortunately, scammers are using ever-sophisticated scams to better ensure their robocalls are answered,” Peters said.