Ramon Moya saw what happened and sprung into action, immediately helping the woman and her children. 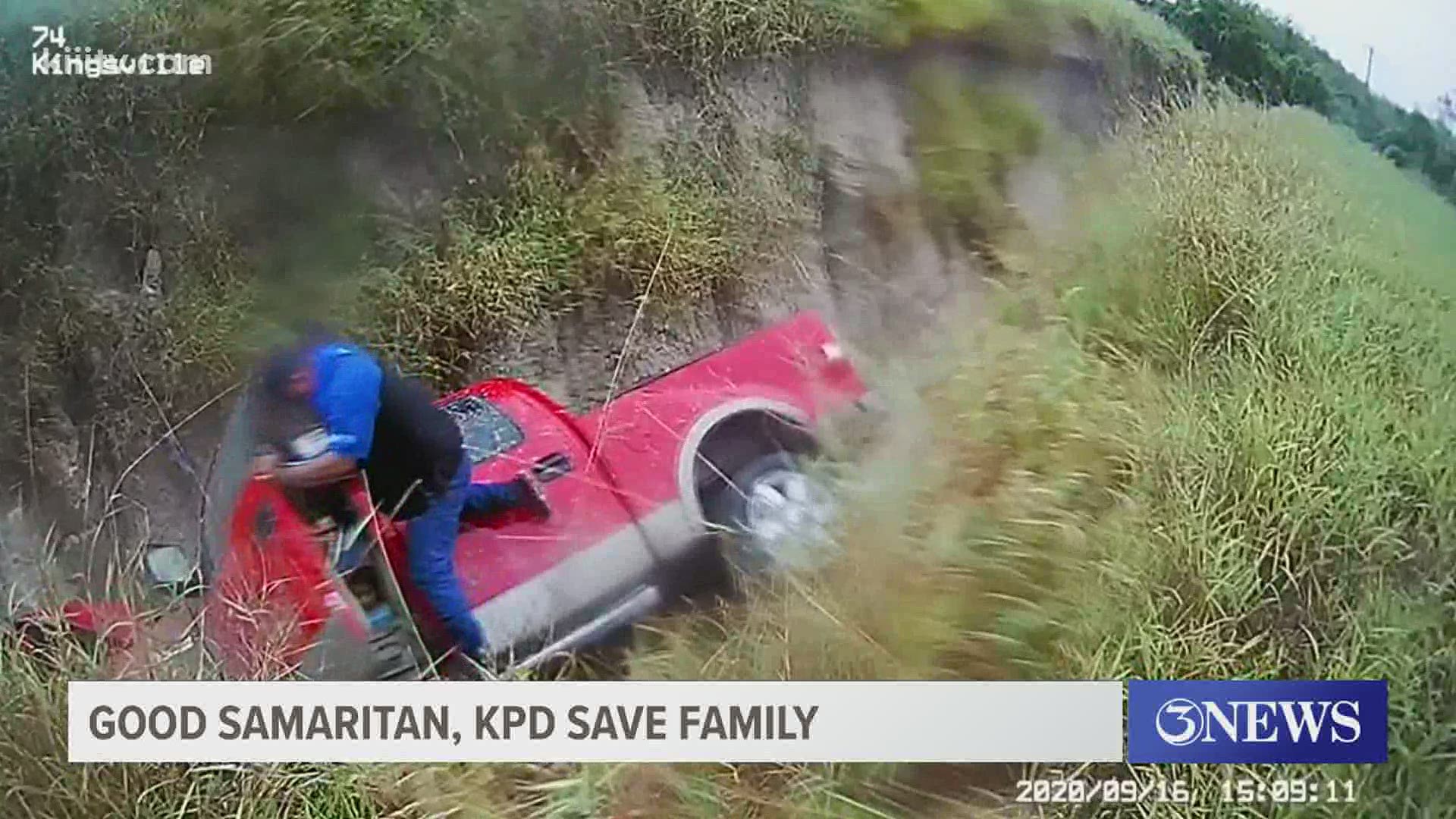 KINGSVILLE, Texas — A harrowing rescue was caught on body camera by Kingsville Police. It shows a mother and her two small children being pulled to safety after the truck they were in hydroplaned off the roadway and into the bottom of a ravine.

The accident happened Wednesday afternoon along Highway 77 near Sage Road.

The responding officer's body camera captured the moment he runs to the scene of a crashed truck. One small child had already been pulled out of the crashed vehicle and another baby was still inside along with the children's mother.

A man who could be seen on top of the truck in the video is a bystander named Ramon Moya. He jumped down and came to the family's aid following the accident. 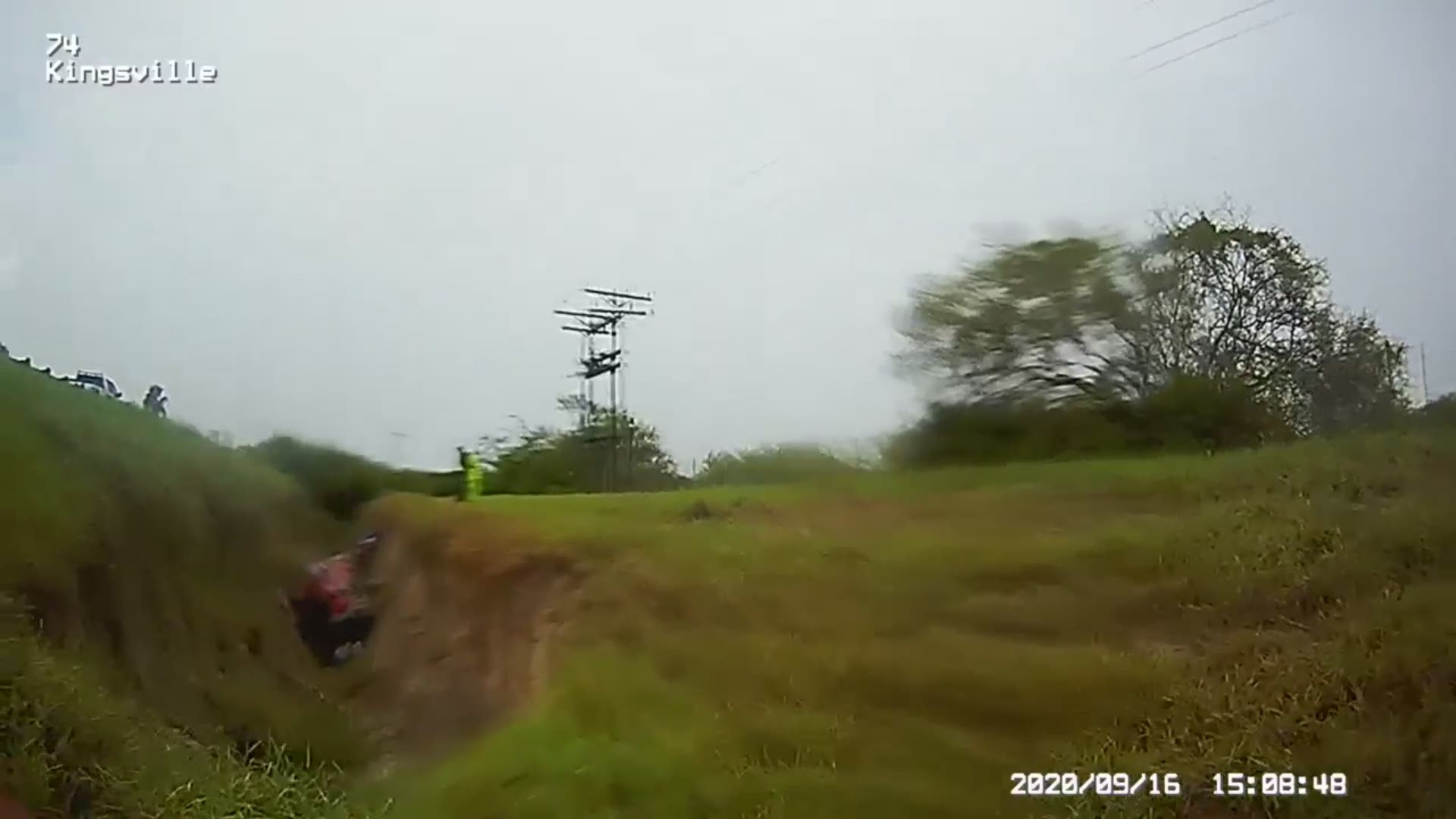 According to police, the pickup left the roadway during a heavy rain event, trapping Karina Garza and her two children ages two and one inside.

The brave passerby helped lift the children up to the responding officers.

The children were thankfully uninjured. Kingsville Police Chief Ricardo Torres said the children's mother should be commended for correctly using child safety seats. That is something he said should serve as a reminder to all parents.

Medics with Kingsville Fire arrived and took all three to the hospital. Garza received 35 stitches along with bumps and bruises but is expected to be okay.

Chief Torres also recognized Mr. Moya for his courageous actions by stopping and without hesitation jumping down into the steep ravine to help the family.