Woman survives 100-plus-car pileup, crawls out back window on I-35 in Fort Worth 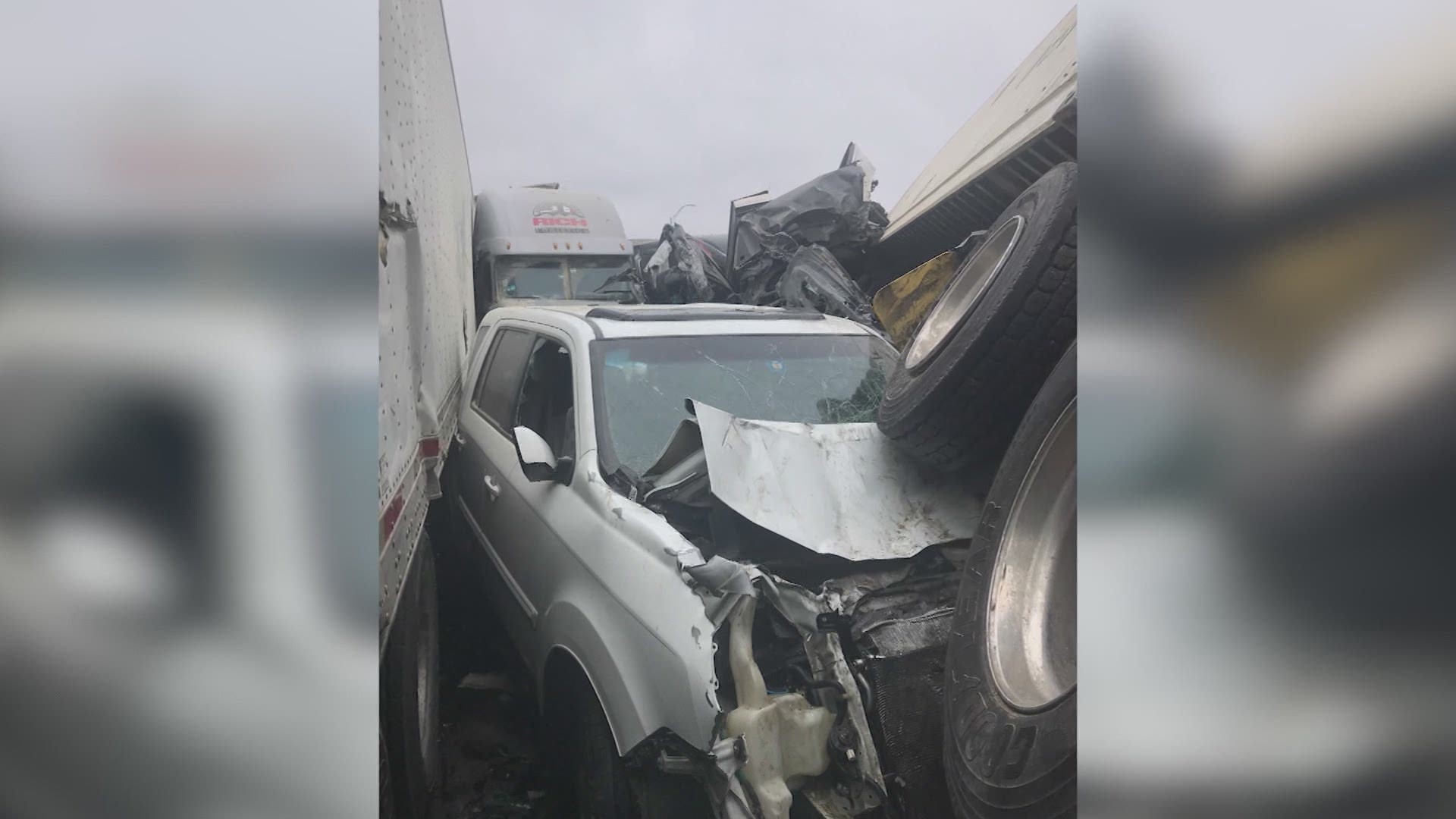 FORT WORTH, Texas — No one ever leaves their home in the morning to go to work thinking they'll be part of a massive and tragic wreck; Alicia Stone certainly didn't.

"I was headed into work, and we had just talked in the morning that it would be a little bit safer maybe to try the toll road," said Stone.

We know now what ended up happening on that Interstate 35 southbound toll road, just north of downtown Fort Worth Thursday morning: a pileup of at least 133 vehicles, leaving at least six people dead, on a morning colder and slicker than most of us can remember.

"I was hitting my brakes, they wouldn't work," Stone said. "After that, I got hit probably four or five times from behind, just from people piling up, from the hits. So, I stayed in my car until there were no more hits."

A photo of Stone's car shows it sandwiched between semi trucks; the wheels of one semi on top of her car. She was able to crawl out her back window and called her husband Heath, the operations manager for MedStar ambulance service.

"And I couldn't hear anything else except cars continuing to smash in the background," Heath said. "That noise you hear as a first responder-- after years and years of hearing it, the collision noises, you just know what's going on."

He dropped off their kids with family and rushed to the scene, somehow finding his wife, who was banged up but okay. She was eventually transported to the hospital but was home by the time we spoke to her.

"She told me go take care of other people, so I did," Heath said.

In all, at least 36 people were taken to area hospitals, according to MedStar spokesman Matt Zavadsky.

"One of the on scene crews said we need additional ambulances and the dispatch center said, 'How many do you need?' And they said all of them," Zavadsky said.

He added that some of the victims at the scene were wearing scrubs; he believed they were likely healthcare workers, headed to work in the hospital district near downtown Fort Worth.

"There were cars stacked on top of cars," Stone said. "You could just hear them yelling, but no one could do anything."