An analysis found the chases resulted in deaths and damage. 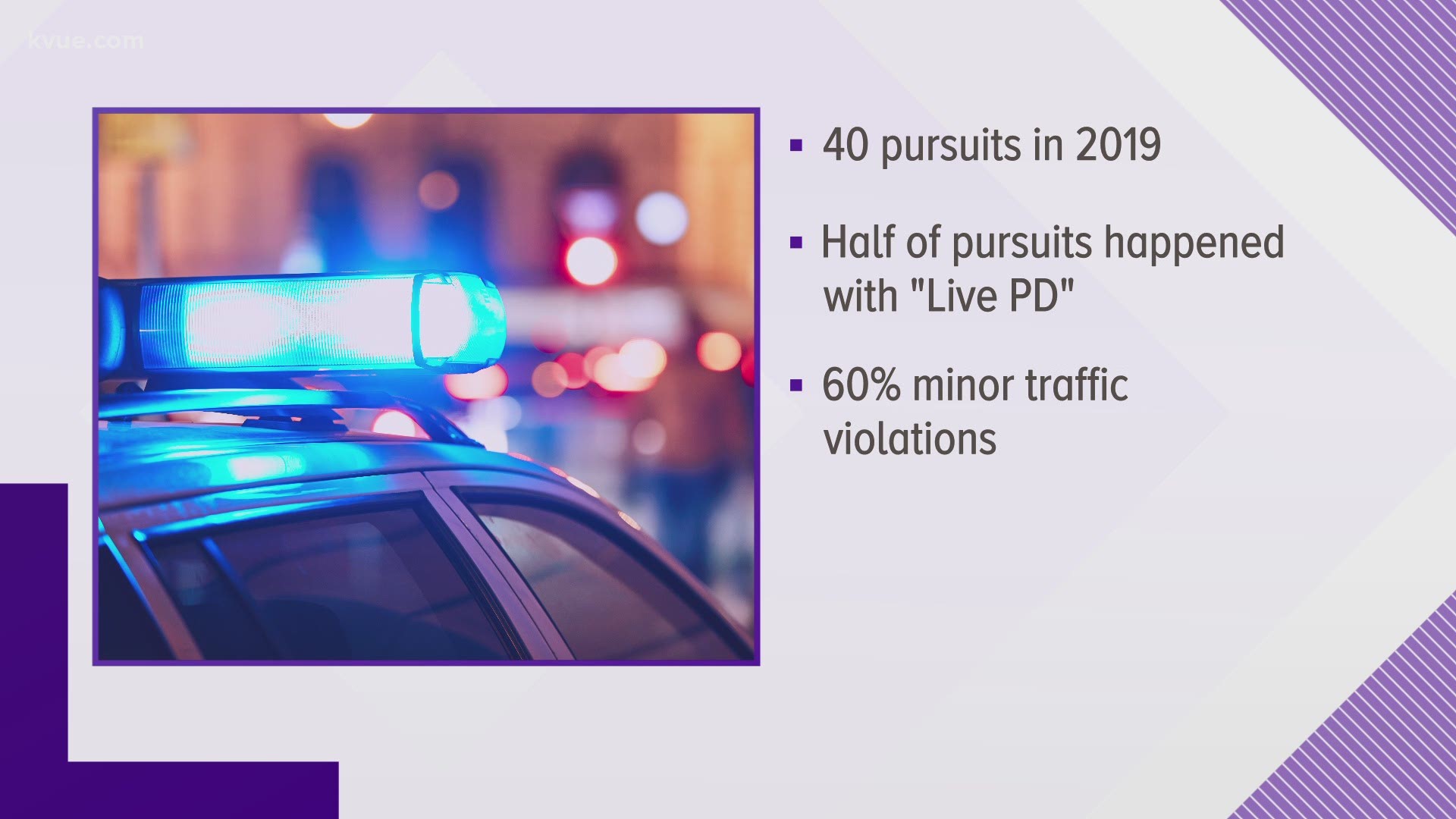 A weeks-long analysis by our partners at the Austin American-Statesman found that deputies initiated 40 pursuits in 2019, a 54% increase from the previous year. The study found the department also chased at a higher rate than other Central Texas law enforcement agencies.

The chases resulted in two deaths, at times reached speeds of up to 100 mph and caused more than $17,000 in damage to public and private property, according to the analysis.

Sheriff Robert Chody has said that he worked to change a "chase until the wheels fall off" culture when he took office in 2017. But data shows that the number of pursuits went up year to year from 2018 to 2019.

Chody also said that he thinks the increase in chases is the result of increased enforcement and population.

The department's pursuit practices have been under scrutiny since KVUE Defenders and Statesman in June revealed details in the death of Javier Ambler.

Deputies chased Ambler for 22 minutes in a pursuit that began when he failed to dim his headlights and later struck several stationary objects as the chase entered Austin.

"Live PD" crews were with the two deputies.

In April, a Bell County deputy was killed while trying to lay spike strips across Interstate 35 in Temple while Williamson County deputies chased a man in a car that had been reported stolen.

Sheriff's officials said that "Live PD" crews were not with those deputies, although the show had been filming that night.

Experts say Williamson County's increase in chases comes as departments nationally have scaled back on pursuits because of the danger to officers and the public.