When does a woman know she's pregnant?

The debate over the Texas Heartbeat Act stirred up a lot of questions, including this one. 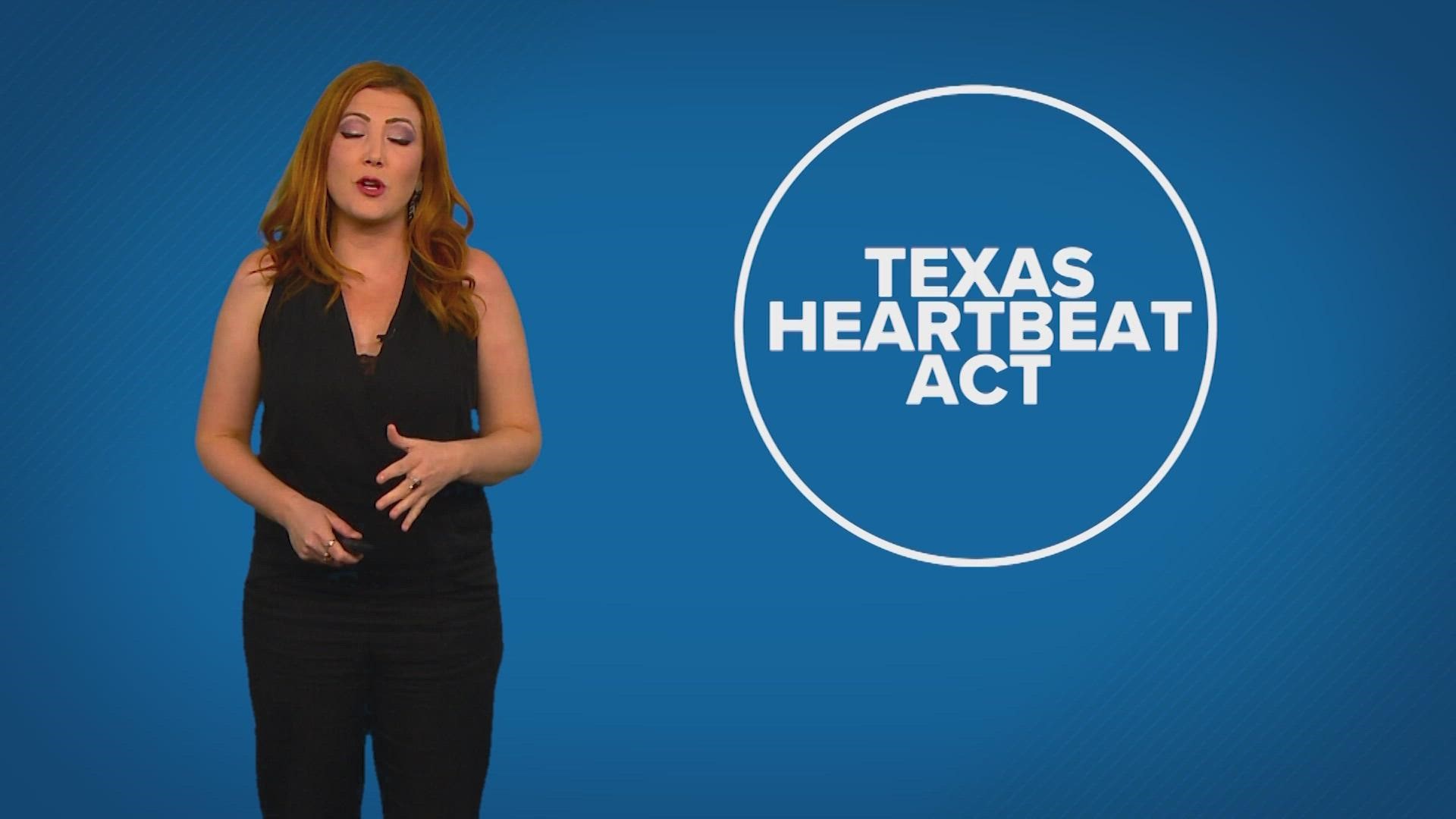 HOUSTON — The Texas Heartbeat Act stirred up a lot of questions and debate when it went into effect on Sept 1. One of the most common ones we've heard is "When does a woman know she's pregnant?"

Let's start with the basics. Every woman's menstrual cycle is different, but it generally lasts about 28 days. For simplicity's sake, we're going to use that timeframe.

The first five days are the menses phase, commonly known as a woman's "period." This is when the uterus sheds its lining if the egg wasn't fertilized.

Then comes the follicular phase from about Day 6 to 14. During this time, the lining of the uterus grows back. Toward the end of this phase (Days 10 to 14), the ovaries produce an egg.

On about Day 14, the ovary releases the egg. That's called ovulation.

The final 14 days of the cycle are called the luteal phase. The egg makes its way through the fallopian tubes into the uterus. If it doesn't get fertilized, the cycle starts over.

If the egg does get fertilized -- and that can happen early in this phase -it implants itself in the lining of the uterus. This is the official start of a pregnancy.

Typically, there are no symptoms of pregnancy, such as nausea or fatigue, at this point. A woman's first sign she might be pregnant is usually a missed period.

RELATED: What will happen to Roe vs. Wade now that the Texas 'Heartbeat bill' is law?

Again, operating on the average 28-day cycle, a woman's next period wouldn't start until the 29th day.

Periods are late for all kinds of reasons. Stress, weight changes and some diseases can all delay the start. So most women wouldn't even start to consider they might be pregnant for a week or two after a missed period.

Another layer of confusion here: how doctors measure the length of a pregnancy. They start with the first day of the last menstrual cycle. So when a doctor says a woman is six weeks pregnant, it typically means the embryo started developing four weeks ago, which explains why so many women are unaware they are pregnant at that point.