"I have not visited with any neighboring judges who have taken this same decision," Jim O'Bryan, Reagan Co. Judge said. 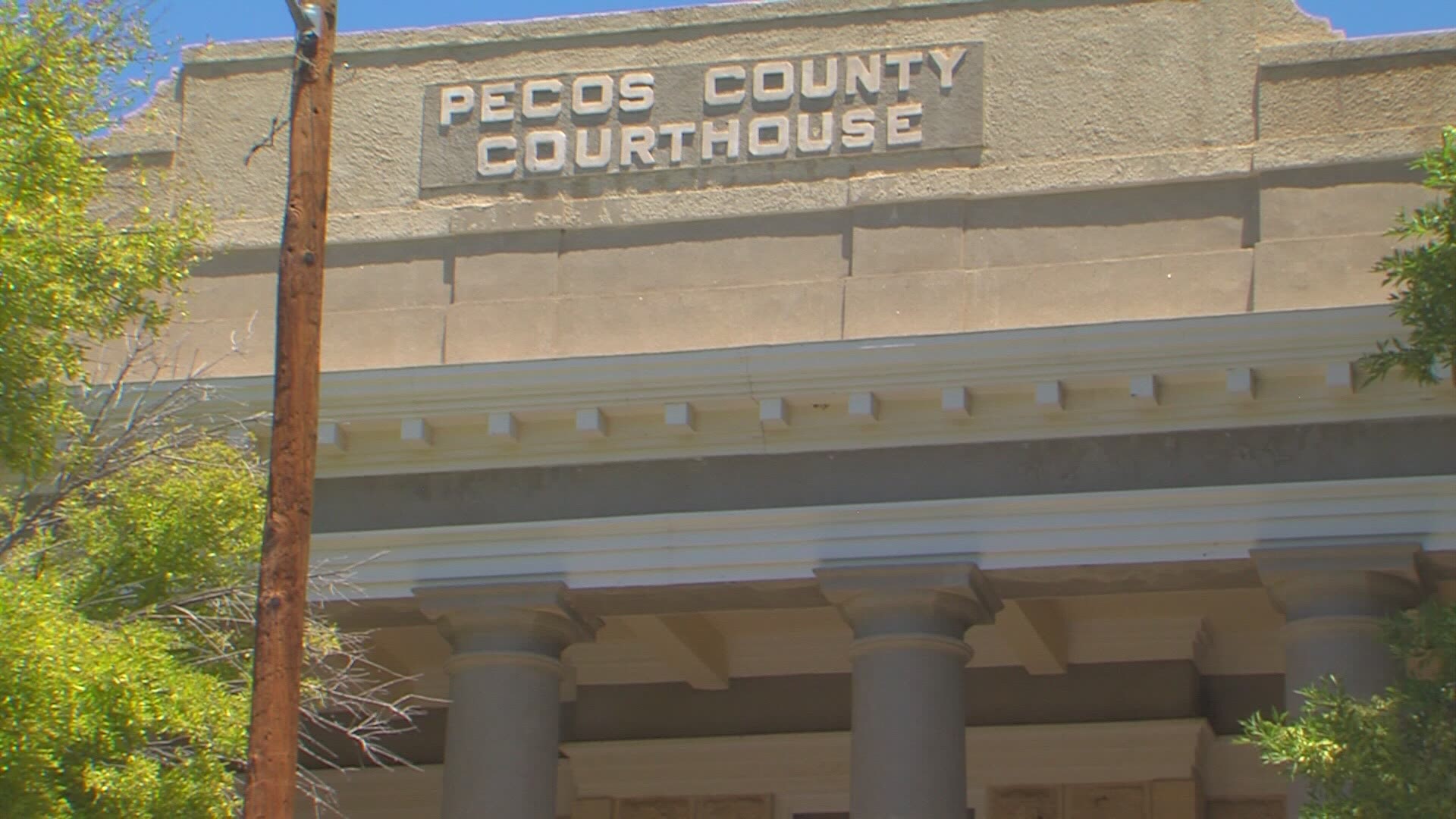 PECOS COUNTY, Texas — Over the course of the last few days, city leaders, judges, and all of us have been deciding how we feel about Governor Abbott's latest Executive Order, but only a few areas in West Texas can decide on an exemption if they have 20 or less active cases.

The Texas Division of Emergency Management said some of the counties that have already applied for exemption include Crane, Pecos, Sutton, and Ward.

But one region not filing even though they're technically exempt is Reagan County.

County Judge Jim O'Bryan says even though they only had two active cases through quarantine, their recent climb to 14 cases upped the ante.

"That rate of gain, I thought maybe I better think about this more, and I did, and I decided not to apply for the exemption," O'Bryan said.

Judge O'Bryan is playing it safe, but he's not opposed to filing if the count remains the same or dwindles.

He said his community has taken to his decision well since the order was announced.

"I was in town and I can tell you nearly every person I saw had a mask. We're a very fortunate, down-home community that people are very willing to follow instructions," O'Bryan said.

But over in Pecos County, Judge Joe Shuster is opting for the other option - exemption.

He said since the governor gave them the option, they've decided to take it, but are still encouraging residents to wear masks when they leave their homes.

Once the GA-29 Exemption Application Form is approved, counties can reapply for exemption after a 30-day waiting period if the county still has 20 or fewer cases during that time.

Some other counties that haven't filed yet include Winkler, Upton, Gaines, and Presidio.

If you're looking to find out more information about the exemption filing process, you can visit https://tdem.texas.gov/ga29

How local banks are dealing with a lack of coin circulation

What labor and delivery at MCH is like during COVID-19