Midland ISD is dropping their mask mandate next week on May 24. 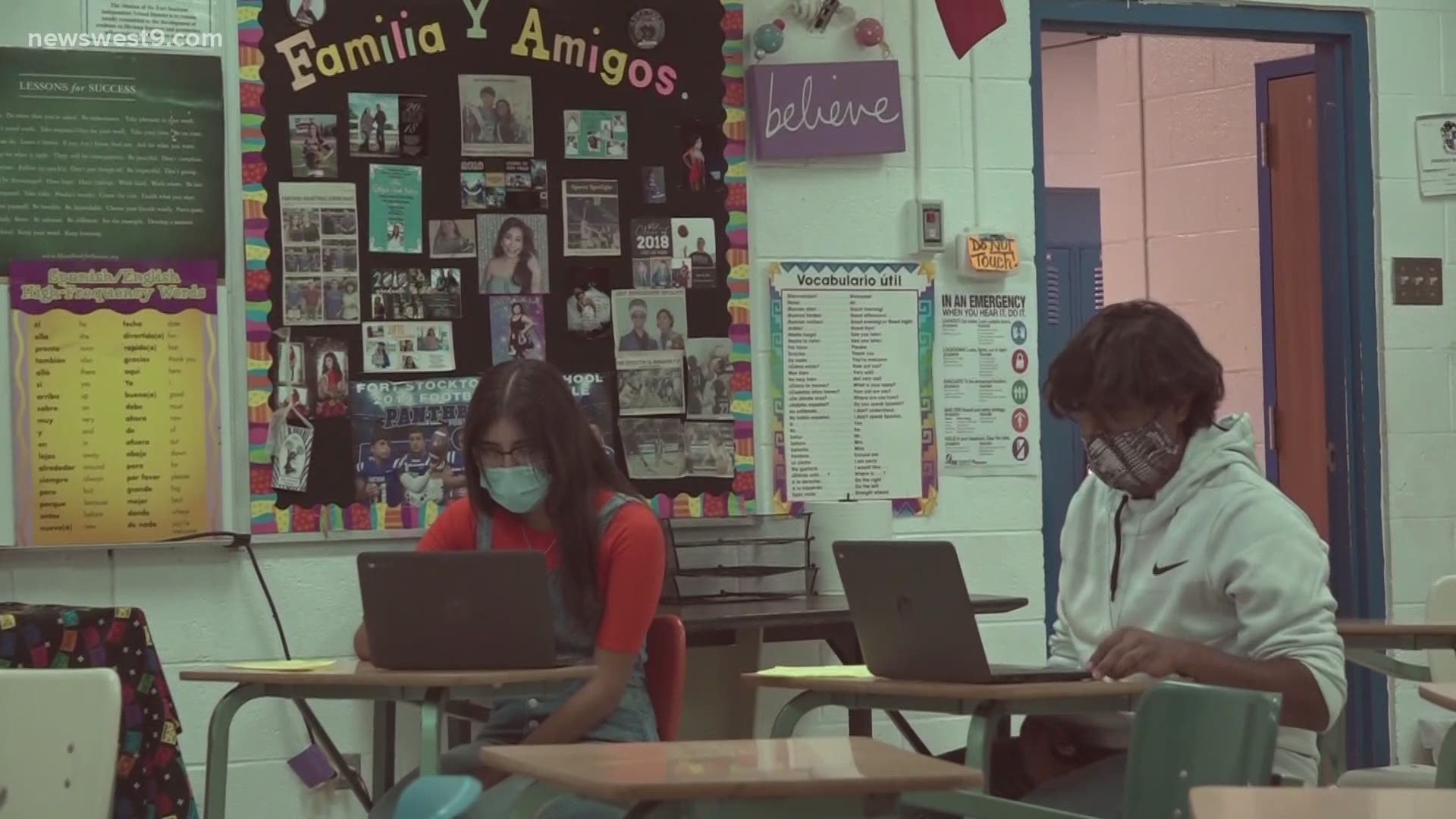 MIDLAND, Texas — Public school districts are now being faced with a decision: drop the mask mandate now or on June 4.

ECISD is waiting until June 4, but Midland ISD is dropping the mandate next week.

"I just don't think we can hold out for our students and our teachers that we need to hold onto masks, waiting on saying a certain percentage needs to be vaccinated because I don't know that we're going to get there," Bryan Murry, MISD board president said.

Murry says student and staff members' health is their top concern, but they had so many other reasons pulling them to drop it-things like the CDC's new recommendation easing restrictions for those who are vaccinated.

"In addition, we felt like it was important that graduations be a decision made by the individuals participating just because I don't know how MISD or how we would police that to force people to wear masks. I think that would be very difficult for our police force and our administrators," Murry said.

Parents and teachers in West Texas are reacting on both sides. Some are angry the district isn't keeping masks until the end of the year, saying there are still at-risk populations that will be impacted.

Others say they've been wanting this for a long time, saying it's unconstitutional to enforce masks and that they're ready to get back to normal.

"COVID's never been a political issue in our minds, it's been a safety issue," Murry said.

PBTISD is dropping their mask mandate at the end of their school year on May 27, 2021.