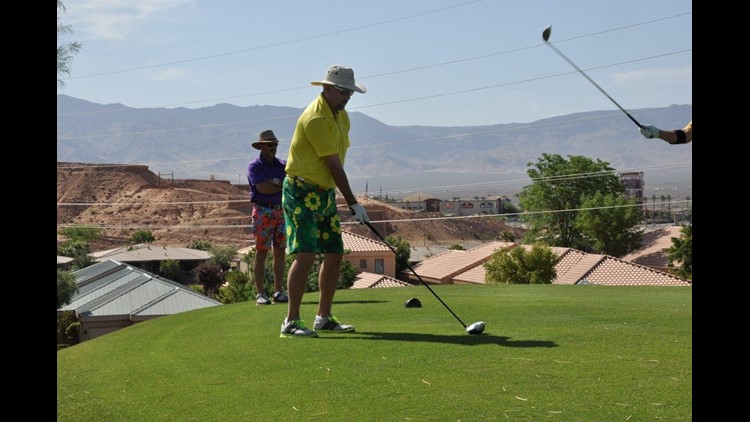 ODESSA, TX (KWES) - The North American One-Armed Golfer Association is hosting the 18th Annual National Championship at the Odessa Country Club. West Texas native Clay Kemper is the treasurer of the organization and has been involved in the association for almost nine years.

About 11 years ago on March 1, 2007 Kemper's life changed when he lost his arm to an alligator bite in Brazil.

"I was fishing in Brazil with a buddy and we had a bet at the lodge of who could catch the biggest alligator. We caught one with our rod and reel and fought it for an hour and a half. We caught it and wore it out. The guy tied it up and we had it on the boat going down the river taking it back to the lodge and somehow he got his mouth loose and got the back of my arm," said Kemper.

19 hours later Kemper finally made it to a hospital where they discovered they had to amputate his arm.

"I was just lucky that I woke up and I was still alive. I kind of figured I would loose my arm after he bit me, but I'm just blessed by God that I'm still here," said Kemper.

After the accident, it took Kemper only about a year to get back on the green and his mental game was his motivation.

"The willpower and wanting to do it. I'm not the kind of guy to sit around and do nothing. I got to get up and do stuff so I just took it up and just went from there with it," said Kemper.

Since being apart of this organization since 2009, Kemper hopes that it will help others overcome adversity like it helped him.

"We strive to  help people who have had some kind of injury that have forced people to play golf one handed. It helps with the comradery and the rehabilitation to see other people who can do it one handed. It helps with your mind get back into golf. Hopefully we'll be some inspiration for those people and show them that you can overcome any kind of hardship in life," said Kemper.

This is the first time the association will have the National Championship in Texas. There will be about 35 golfers from all over the U.S. and a couple from Canada coming out to play. The tournament is from June 18th through the 21st at the Odessa Country Club.