Kenye Kay Murchison and her family wanted to witness history in D.C. They found chaos instead. 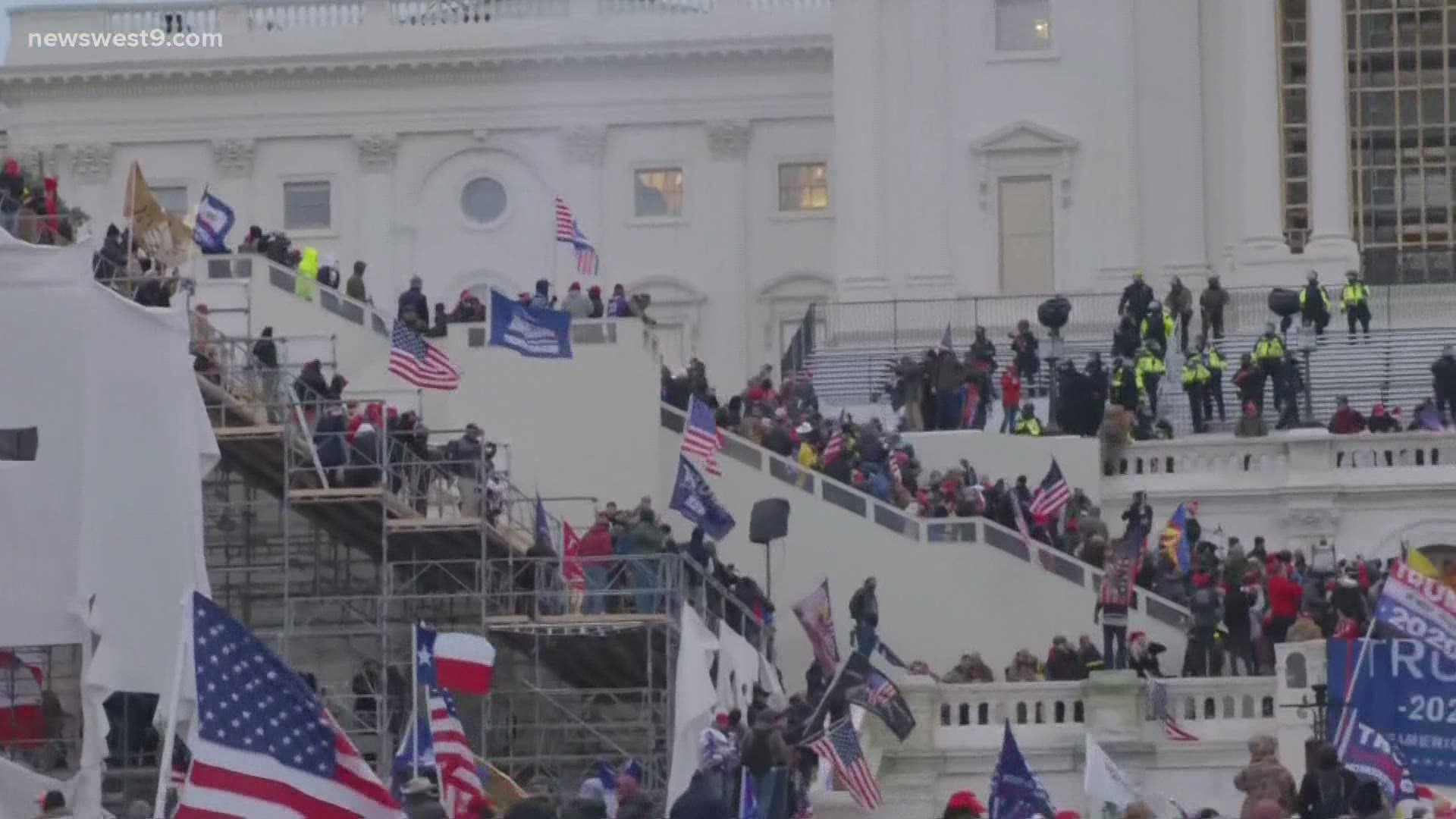 MIDLAND, Texas — Out in Washington D.C, Kenye Kay Murchison and her two sons hoped to see a historic moment when Congress counted the electoral votes on January 3. Instead, they saw people storming the capitol with members of Congress forced to take shelter.

All they wanted was a front-row seat to history and to see democracy in action.

"We wanted to make sure that the boys would be able to witness history. We felt like after looking and seeing possible election fraud that it was a good time to come and just see everything that was going on in Washington," Murchison said.

Murchison said that the group of protestors she and her family were with displayed nothing but peace, even offering up prayers on multiple occasions. It was a completely different story about 100 yards away.

"We were just visiting but somebody had a radio behind us and we heard the radio saying that people were storming the capitol, that it was crazy, there were shootings. Something was going on and all of us are still looking around each other just calm and nothing's going on," Murchison said.

At the front of the protest, people stormed the capitol. Protestors breaking into offices and Congress chambers. Members of Congress were moved to safety as were the protestors still outside.

"We get the message, that emergency broadcast message on our phone that it was shutting down and we need to be back in curfew by 6 o’clock. And then, the messages were coming through that things were escalating," Murchison said.

The acts of violence and the chaos that took place, none of it is behavior that Murchison condones. She said that she was shocked at how the day turned out.

Murchison and her family made it safely back to their hotel before curfew and plan to fly out of Washington D.C. on January 7.

A day meant to peacefully protest and debate the electoral count of the election is now remembered as one of violence.