West Texas bands come together to support the Andrews community

After a bus crash involving members of the Andrews high school band, Sweetwater and Big Spring came together to perform for the Andrews playoff game. 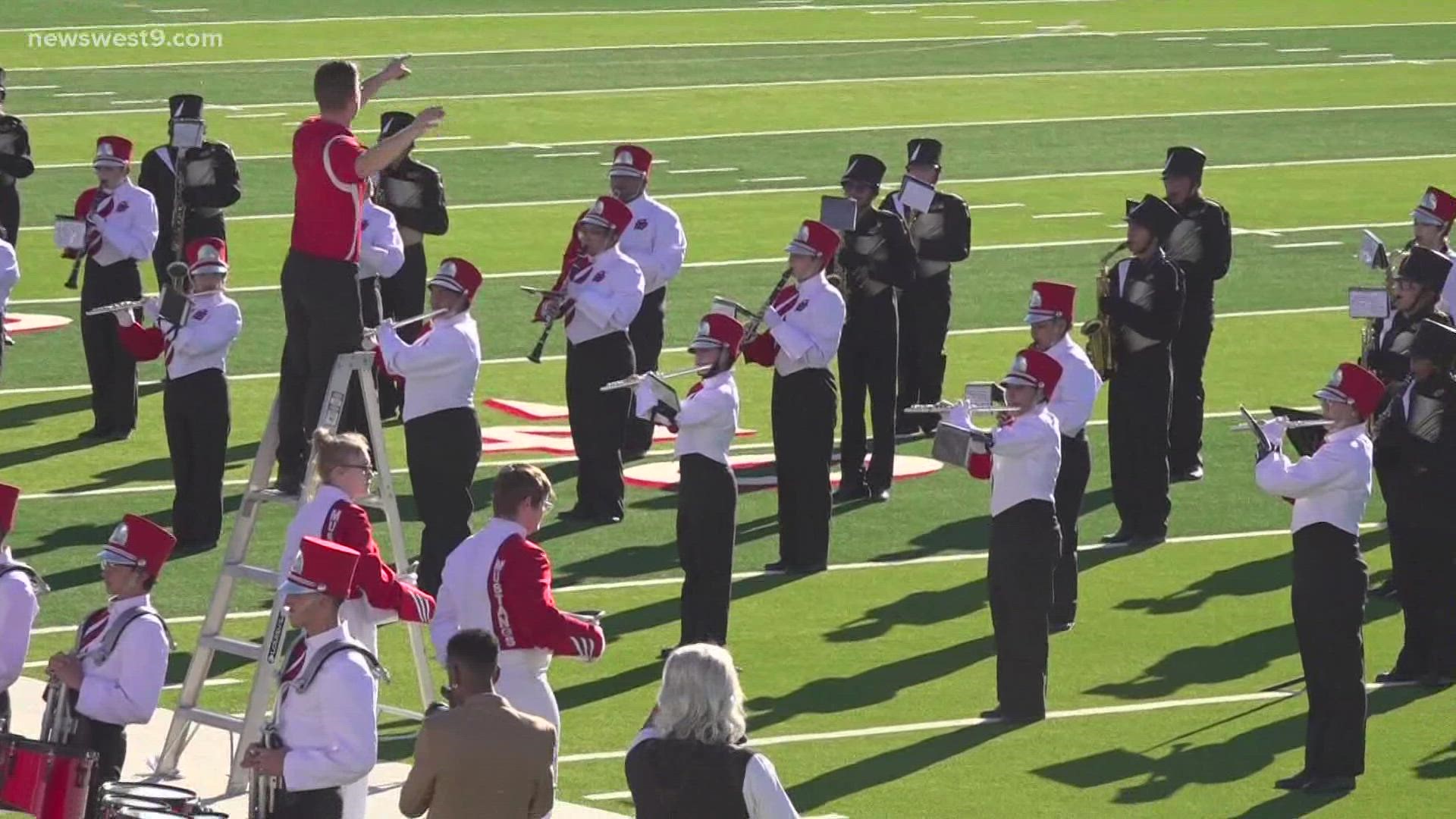 SWEETWATER, Texas — While Andrews High School played in a playoff game on November 22, that day was about more than a game. It was about a show of support from all across west Texas and a musical one at that.

Andrews was supposed to play on November 19, but a bus crash with members of the Andrews band on board pushed things back, and that's when west Texas stepped up.

Prior to the game, there was a moment of silence and then one of support. Marching in place of the Mighty Mustang Band were band members from Sweetwater and Big Spring High Schools, and it was a moment to remember for the Mustangs.

However, everything came together with one phone call.

"I reached out to our band director, Gabe Martinez. I said, 'Gabe, what are the odds of you rounding up some of our bandmembers?' He thought it was a great idea, and so what you see behind us, our band is well over 100, but they were able to at least get over 50 and Sweetwater obviously said they were going to play," Jay McWilliams, Big Spring ISD's superintendent, said.

There was no hesitation in that decision. It's a trait we see out here in west Texas. Neighbors from all over west Texas looking past school mascots and school pride and coming together to get to the heart of the matter - standing in when others cannot.

"Bands are always known as kind of being families within themselves, and it really wasn’t a question of whether we would or wouldn’t. I mean we were gonna be here no matter what, and before I could even text anybody, I was already getting messages asking if we would," Matthew Gudino, band director for Sweetwater High School, said.

The Big Spring and Sweetwater bands coming together to support the Andrews community for the Andrews playoff game. Both bands practiced the school song and fight song for Andrews before coming out today.

Halftime showed the spirit of west Texas even more. The performance of both the Sweetwater band and Big Spring band was dedicated to Darin Johns, the band director for Andrews, who died in the crash. Johns was a former tuba player himself, and a man who's life work was committed to his students.

What happened on the field and in the stands on November 22 in Sweetwater goes to show that what happens in band halls and on the field is bigger than any game or any tragedy.

"We all live in west Texas. We all look after each other, and when something like this happens in such a terrible tragedy, we all pitch in to help out each other. There was not a moment's notice where we just said nothing except what can we do to help the people in Andrews," McWilliams said.

Near or far, west Texas will always be there for west Texas.