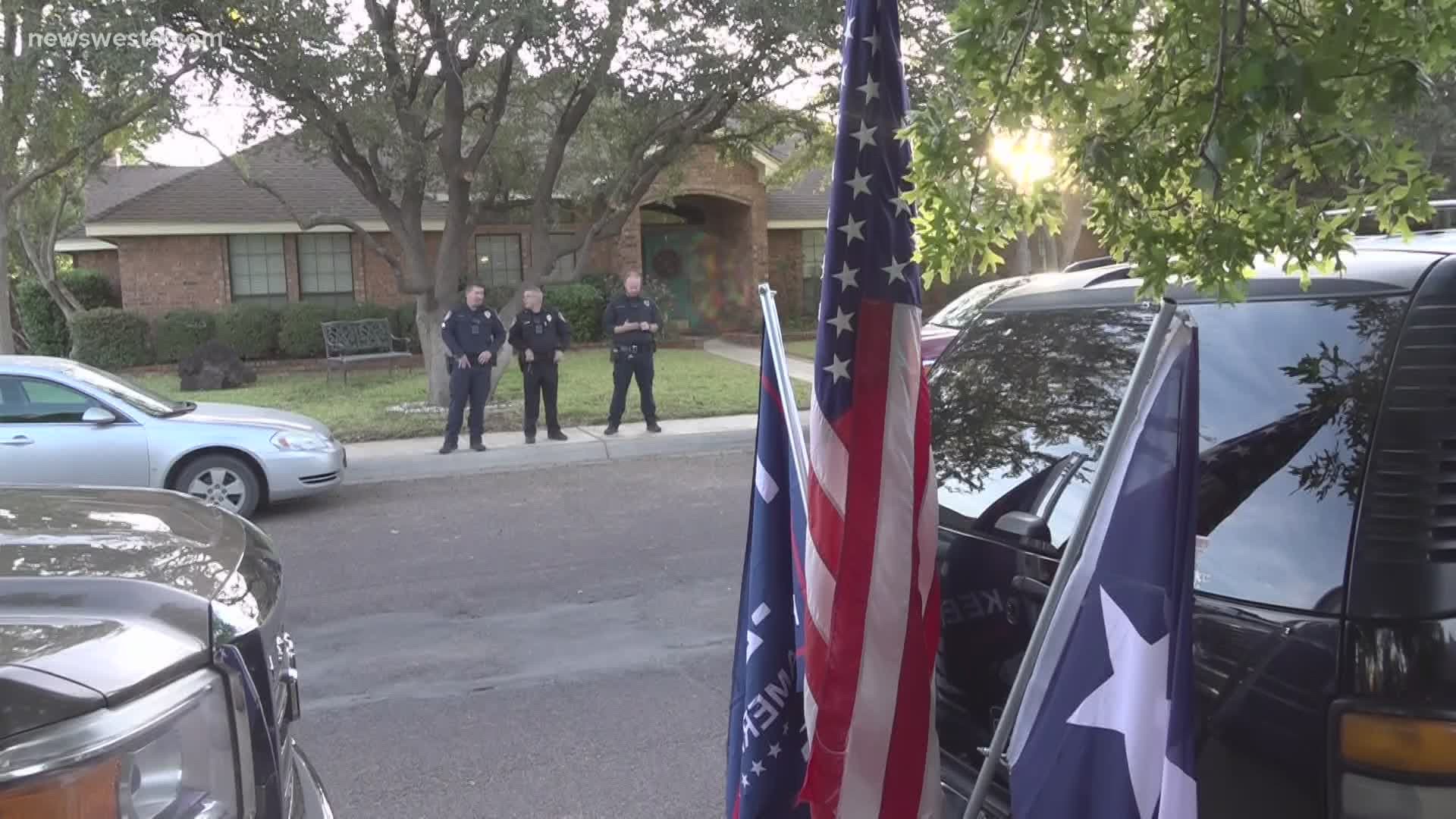 MIDLAND, Texas — West Texans are taking a stand against those who claim Midland pastor Bob Fu is a Chinese Communist Party spy.

Supporters held a rally in Fu's yard Sunday, including a church services on Christianity and persecution.

The purpose of the rally was to show a united front in support of Fu and to send a message to communist China and the protestors.

Dozens of protestors have been outside of Fu's house for hours each day for about a month.

The protestors won't say who they are, where they are from or even if they are being paid to be here. All they will say is their claim that Fu is a CCP spy.

"Something needs to happen, this cannot continue. We can not allow Bob Fu and his family to be out of his home indefinitely. This is not right, this is not American and this is not Christian," said Eliel Rosa, a supporter of Fu.

Many of the Polo Park neighbors have been displaying #WeAreBobFu signs in their yards, and supporters attending the rally were wearing shirts with the slogan.

Proceeds from the shirts will be going to help China Aid, which in turn will go to help persecuted Christians like Fu.

"Knowing about Bob Fu and China Aid for 20 years, many people know his character and how he has rescued persecuted Christians. So we know who Bob Fu is. 'We Are Bob Fu' is we are standing for him and we are for freedom," said Rosa.

Supporters tell us they will be there through the week until the protestors leave Fu's home.

Additionally for the first time in 30 days, the protestors didn't show up during the rally on Sunday.