Suitey had quite a scare after falling into a nearly frozen pond. 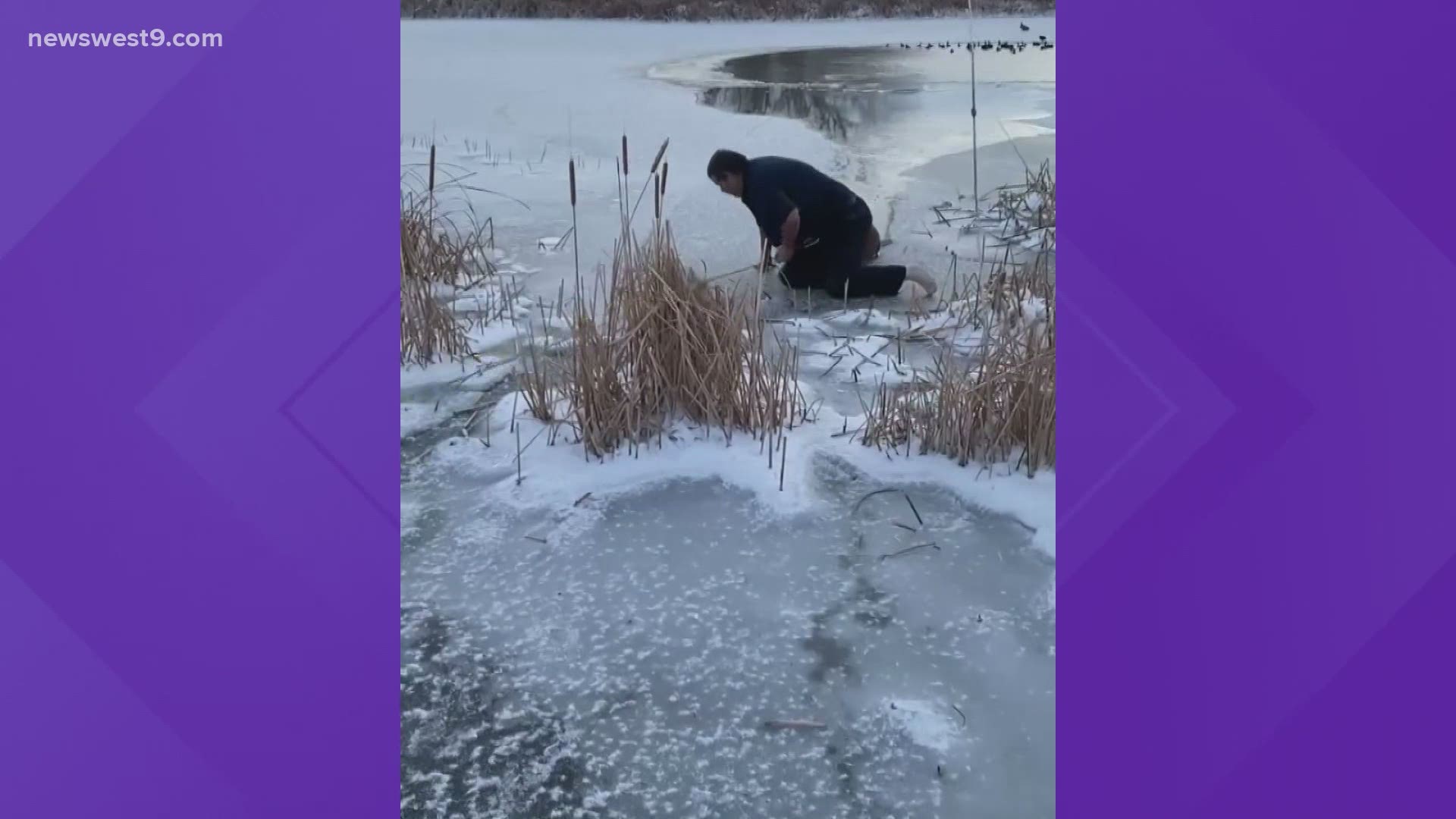 ODESSA, Texas — One firefighter is being applauded for his efforts to save man's best friend.

Larry Norrid, a battalion chief with Odessa Fire and Rescue, pulled a pup out of a pond Tuesday, as captured by a video on Facebook.

The dog, named Suitey, fell into the half-frozen pond after getting away from her owner.

"It's the satisfication of the job, that's why everyone in this department does what they do, the satisfaction we get from helping people in a time of need," Norrid said.

"I've been with OFR 23 years, in my career I've rescued one cat out of a tree and I thought that was going to be my bragging point but now I can say I've rescued a dog too so I'm completly happy with it, so I'll retire this summer and I've hit all my highlights," said the battalion chief.

Norrid tells us the dog is doing good now; after the crew got her out of the water, her owners got her wrapped up in blankets and snuggled up by the fireplace.