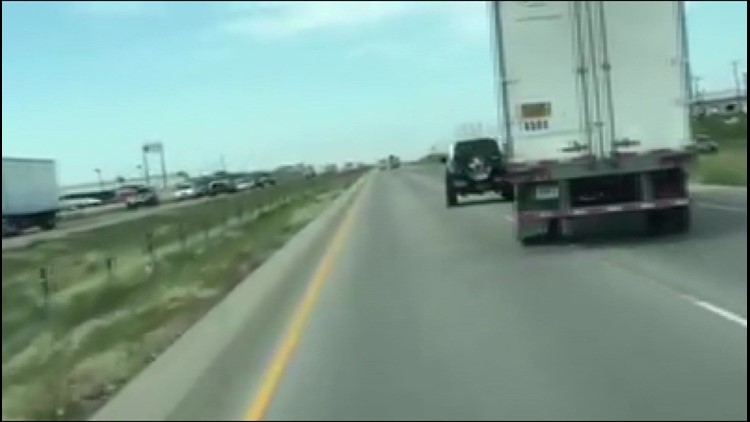 In the video, you can see a semi trying to get around what looks like a Hummer but the Hummer isn't letting the truck pass.

The incident is making the rounds online getting the attention of the Midland County Sheriff's Office.

"There's no reason to be endangering the entire motor public on the Interstate just because of the empty can or a can that was thrown out. It didn't cause any damage to a vehicle," said Midland County Sheriff, Gary Painter.

Deputies were able to catch up to the hummer after the road rage was reported.

Painter said if they would've seen the violations before stopping the driver, they would've taken him to jail or at least given him a few tickets.