Victim whose car was stolen in Odessa crime spree speaks out

The Jeep SUV was parked in the victim's garage when two teens snuck in and stole it. It was later found a few blocks away, totaled. 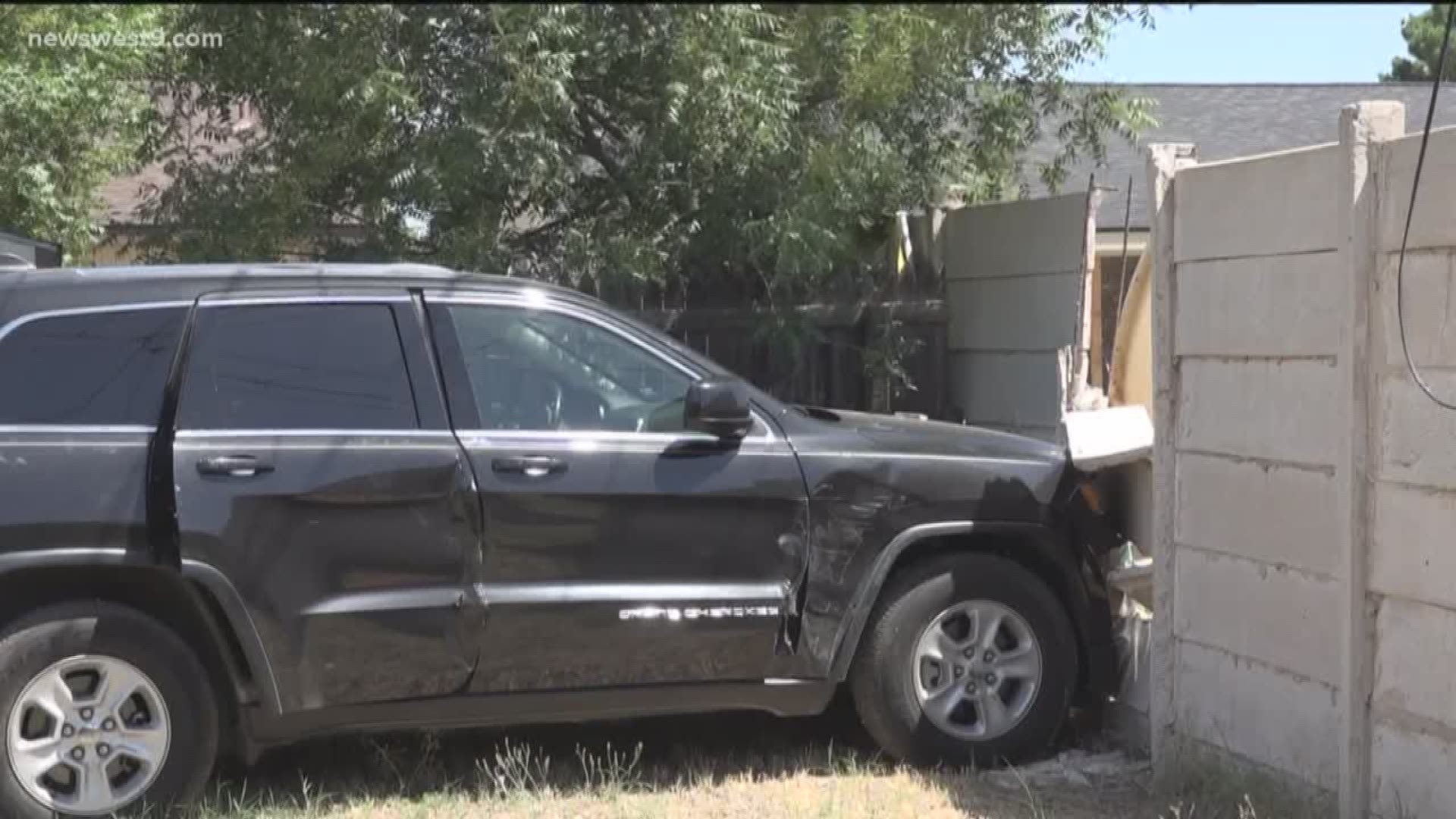 ODESSA, Texas — It was a scene right out of an action movie.

On Monday morning, Odessa Police chased down two 15-year-old boys. The two are accused of going on a crime spree that lasted a few hours. Here are some of the crimes they are accused of:

NewsWest 9 spoke with the woman whose Jeep was stolen and totaled. She tells us the morning started off just like any other day, except she woke up to her dog barking.

It was then she realized her new Jeep Cherokee SUV had been stolen from her garage.

"I saved all my money for this wonderful car and just for a thief to come in and steal a car from inside a house," Kendra Martinez, whose car was stolen, said. "It's not like it was outside the house, that’s the sad part.”

Martinez’s roommate tells us their garage door was left open slightly to let out some of the heat, and that this was the first time they have ever had anything stolen from the house.

#UPDATE Quite the morning for Odessa Police. They received dozens of calls starting around 5 a.m. The calls ranged from stolen vehicles, hit and runs, break-ins, to roof hopping. Turns out, all the crimes involved the same two young male suspects (potentially a female suspect too). Here’s what we know... According to police, early this morning two men stole a car, then committed 2 hit and runs near Dixie. Then police received another call about two more auto-burglaries. That’s when the suspects tried to break into a parked RV off Marfa and Everglade. Police then say the suspects ran on foot hoping from house to house. That’s where one of the suspects was caught. The other suspect was caught a few minutes later. He had a hand-gun on him. Police also recovered a stolen handgun. Now police are investigating multiple crime scenes (around 10). The two suspects are being interviewed by detectives at OPD. Here’s the charges they’re facing: • Unauthorized use of a vehicle • Theft of a fire arm • Burglary of vehicle • Leaving the scene of an accident • Unlawful use of a firearm • Evading arrest • Failure to identify ...Amongst other charges. Police tell me the two suspects are 15-years-old. So even though they committed multiple felonies, the cases will be handled by the Ector County Attorneys office. They will not be releasing their names or mugshots because they are juveniles.

“I’ve left lawnmowers, everything in my front yard and nothing has ever been taken," Ashley Young, victim's roommate, said.  "That's why we thought it was someone that we knew because who would do that?”

The car was not the only thing the suspects stole from Martinez, they also took her wallet, her makeup bag and threw out her keys.

“It’s just really irresponsible, it’s crazy there’s selfish people like this who will do this to innocent people," Martinez said.

Martinez is planning on charging the teens for the damage they have caused, something Odessa police advised her to do. She hopes insurance will help get her a car soon.