"It's just getting face-to-face with these people and loving on them, letting them know that they're not alone." 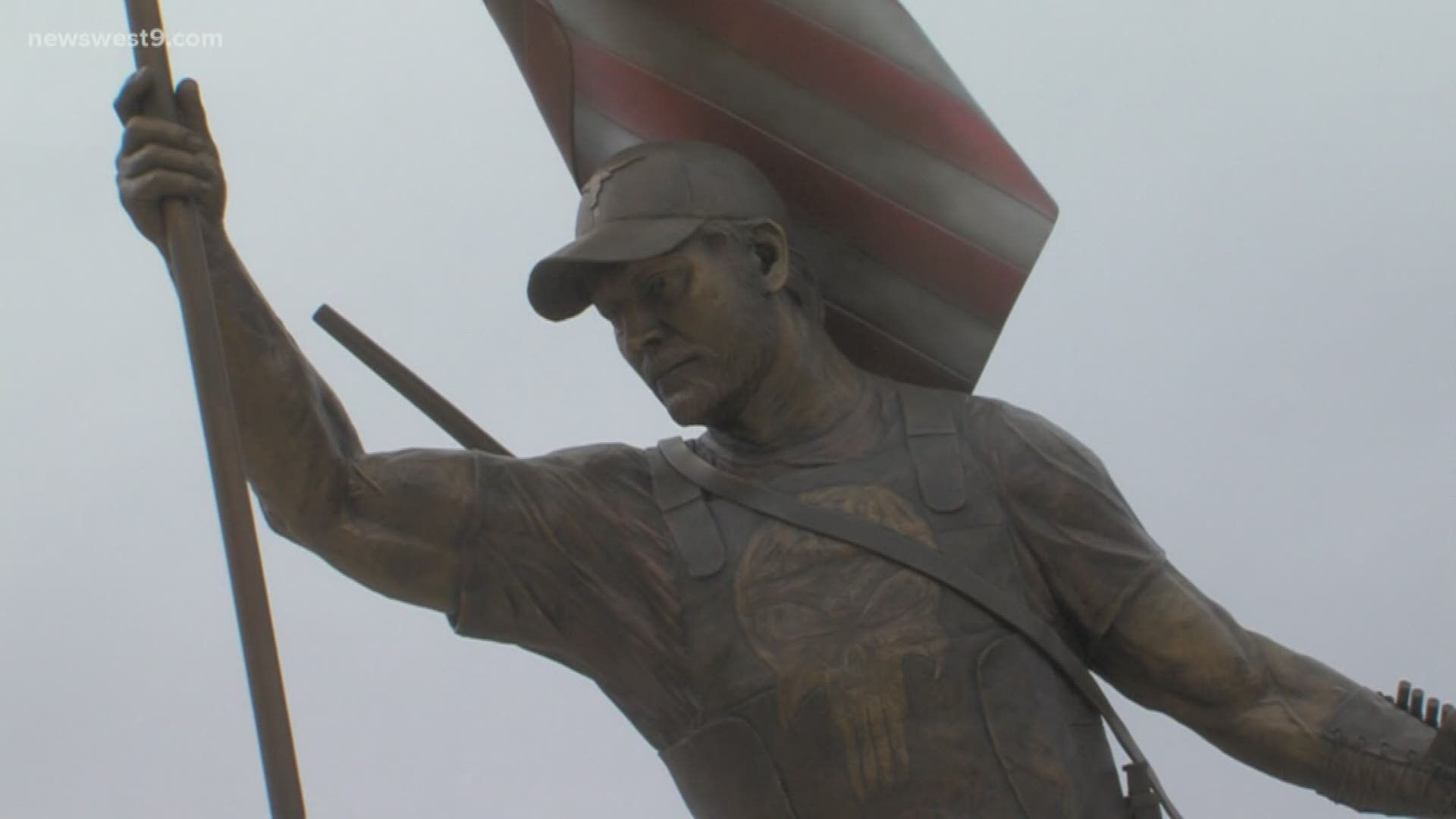 ODESSA, Texas — It all started with a veteran’s desire to make his truth and purpose a reality.

After Larry Hinkle served our country, he dove into the corporate world. It was fulfilling for his wallet, but not necessarily for his soul.

“Being a product of PTSD and you know the things that go along with war, it seems like I was living this cyclical kind of like Groundhog Day type of life," said Hinkle.

"And I'd work 12-14 hours a day, go home and swing by the bar. And I've also had five knee surgeries so I was popping pain pills on top of that. And I finally got to a breaking point and realize that something needs to change."

Hinkle needed meaning, but before he could give back to the people that meant the most to him he had to care for himself first.

"I’m going to focus on my mental health and you know kind of believe the material things to the other side and focus on people and put people first," said Hinkle.

Veterans and first responders to be exact. Hinkle now spends his free time feeding them all over the world with his “Feed Em' Fridays” and walking miles across the country to honor them.

It’s what saved him from being lost in repetition and a downward spiral of mental health.

“Get out and volunteer for your VA or VFW or get around people that understand you the most and that you understand that have been in the same foxholes. That’s where the healing is going to take place. That's what "Feed Em' Fridays" is all about to me," said Hinkle.

"It's just getting face-to-face with these people and loving on them, letting them know that they're not alone. We’re a family, we're a tribe so let’s fight this together. We would’ve in the active duty service together, so why can’t we do it after the fact?"

Of all places Hinkle has traveled to on foot, he’s decided to live in the Permian basin.

“I love it out here because it reminds me of Iraq you know and aside from the people of course. And I knew with the kind of people that exist in the Permian Basin and the patriotism in the love I always told Judy and Row at Blue Energy I’m like man I’m gonna call the Permian Basin home one day there’s just too good people out here not to," said Hinkle.