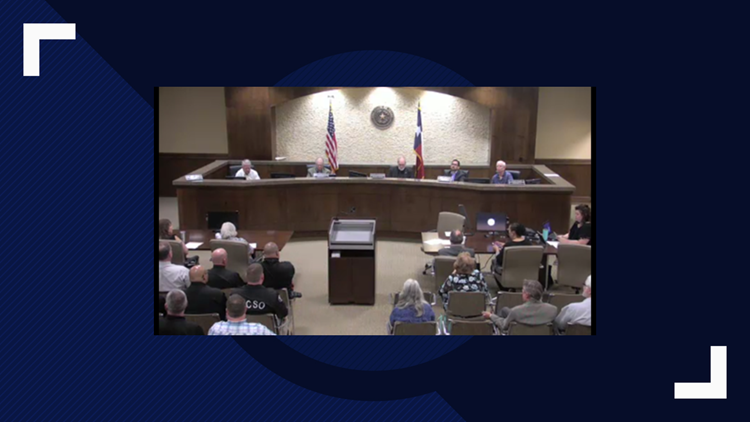 VERIFY: Was the Midland County Commissioners court operating within the law on their controversial appointment of interim Sheriff?

MIDLAND, Texas — Following the last two weeks of the many and varied plot twists, not so popular votes from the commissioners court, along with the jeers and statements of protests from citizens in attendance of the proceedings, many were left asking, "How can the commissioners do this? Is this even legal?"

After receiving a barrage of these questions, I set out to find your answers...

After a few phone calls to the Commissioners directly I was referred to Midland County Attorney, Russell W. Malm, who was quick to point out that during the first special session where the court was asked to address the admittedly onerous task of filling Sheriff Painter's unexpected vacancy, he himself spoke publicly on this very issue.

Malm stated, " A vacancy was created in the office of Midland County Sheriff upon the death of Sheriff Gary Painter.  The Texas Government Code provides that the Chief Deputy, Rory McKinney, was immediately vested with authority to... as stated directly in the code, 'conduct the affairs of the office until a successor qualifies for the office."

Therefor, as provided by the code and in accordance with the the law, Mr. McKinney did *not* automatically become the Sheriff - but assumed all the duties and responsibilities of the office.

It is also important to note that according to the code, this authority of a Chief Deputy ceases once a successor has been chosen and that person been bonded and taken the oath of office.

Malm went on to say, "The Texas Local Government Code authorizes the Midland County Commissioners Court to appoint a successor to fill a vacancy in County Elected Offices, including the Office of Sheriff".

The Commissioners Court has the authority to appoint a successor but... is not required to do so.

Having stated all the aforementioned, even if the Court had *not* chosen a successor, Mr. McKinney would have continued performing the duties of the office through the end of Sheriff Painter’s term in 2020.

Now that the Court has actually chosen a successor, Richard Gillette, he will now finish Sheriff Painter’s term, also within accordance to the code.

Malm makes another very special note, stating, "Mr. Gillette will not be the Interim Sheriff or the Temporary Sheriff but will be the Sheriff of Midland County... just as if he had been elected".

So, what about holding a "Special Election" to vote on the issue? Well, seems the law is clear on this issue as well:  The Texas Election Code provides that in certain limited situations a special election will be held to fill a vacancy.  The next regular election for Sheriff will be in November 2020.  The Election Code does not allow for a special election to fill the vacancy because of the timing of Sheriff Painter’s death.

So in conclusion, all legal due diligence was performed by the Midland County Commissioners Court and yes, they were completely within the law in their action to appoint Richard Gillette to the position of Midland County Sheriff.