Multiple viewers have reached out to NewsWest 9 saying they felt the initial 3.4 quake, as well as the 3.6 aftershock. 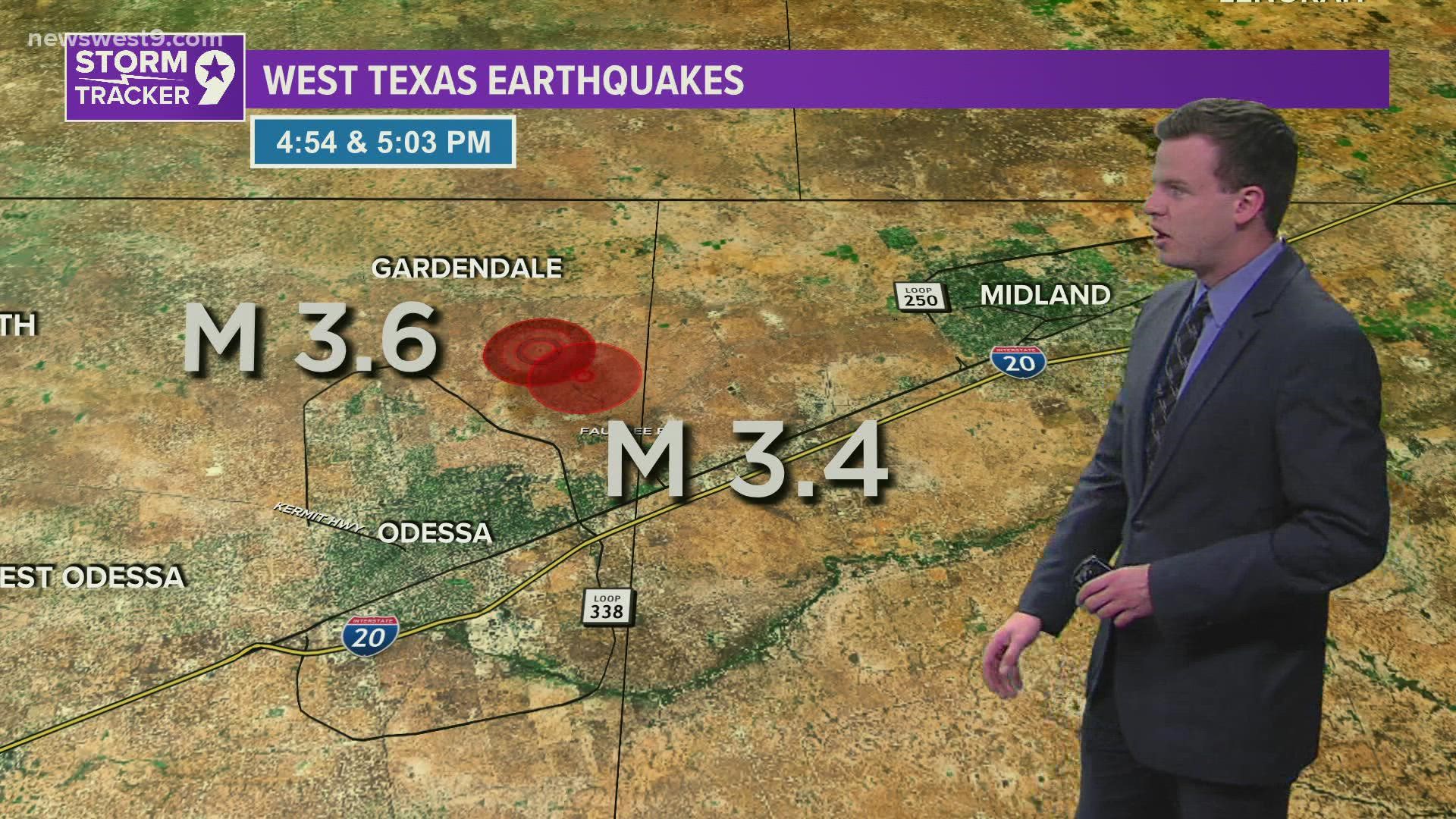 According to USGS, the epicenter of the first quake struck 9 kilometers or roughly 5.5 miles north/northeast outside of Odessa, close to Gardendale just before 5 p.m.

A second quake came less than 10 minutes later, slightly more intense than the first one registering at 3.6.

Multiple viewers have reached out to NewsWest 9 saying they felt the quake, as well the aftershock.

NewsWest 9 will update this story if more information becomes available.