Unpacking the milk crate challenge: Why they did it, and likely won't do it again

“Once you actually step on them crates and you feel how unstable it is, it’s not the same as just looking at somebody else do it," Renard Smith said. 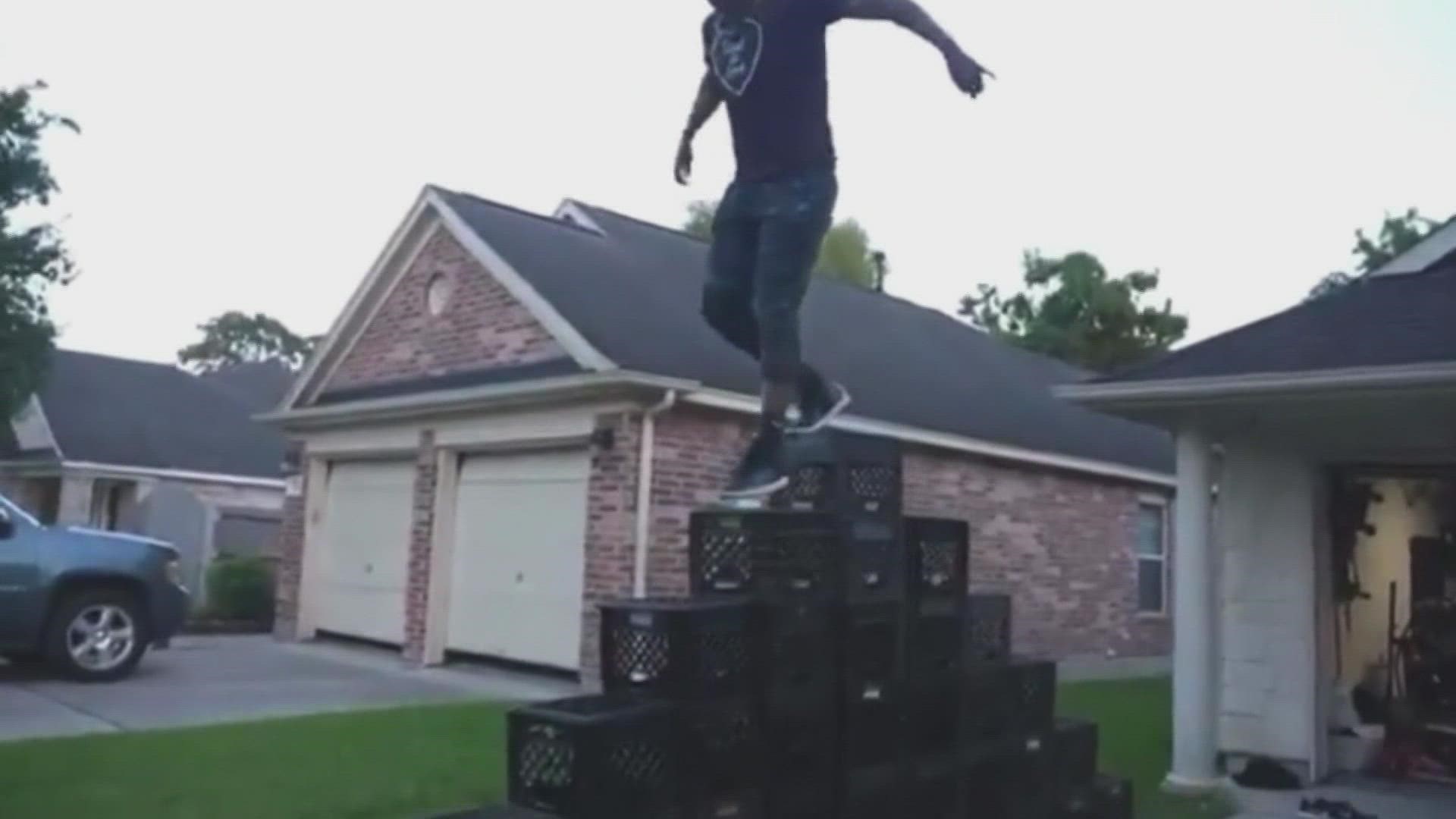 DALLAS — Renard Smith said he, like many others on social media, had been watching the so-called "crate challenge" videos for days. Most are complete fails. A few end with a cheer of completion.

"I was actually laughing at people and I was like, 'I will never do that,'" Smith said.

But, also like so many others, there was a part of him that believed he could do it if he tried. The videos of the challenge show people attempting to walk up milk crates that are stacked like stairs, get to the top and successfully walk back down.

"I was an athlete in college, and it's a challenge," Smith said. "So, I'm like, 'man, I can probably make it across the crate. Like, all you got to do is this, this and this."

On Sunday, he and his friends in Houston gathered on a front lawn and tried it. Smith said his friend found the crates on Facebook Marketplace for $3 per crate.

"We basically paid $150 to hurt ourselves," Smith said.

He'd made it to the top and was stepping down on the other end of the stack when he came crashing down.

“Once you actually step on them crates and you feel how unstable it is, it’s not the same as just looking at somebody else do it," Smith said.

Smith posted photos on his Twitter page of a massive bruise on his back after his fall.

“It scraped up my back, so it’s like a big scratch," Smith said. Then you have the area where I hit it, it’s a bruise.”

In a park in Oak Cliff, Jacary McClinton was holding the cellphone camera when his friend attempted the challenge. Like Smith, he came tumbling down during the decline. Unlike Smith, he wasn't injured.

“It was a funny situation in our instance," McClinton said. "Luckily, nobody got hurt."

McClinton said, while they had fun, he wouldn't attempt to do it himself.

On Monday night, Dallas police were called to a gas station parking lot where a woman fell while trying to do the challenge on concrete.

Chief Eddie Garcia said in a news conference on Wednesday that he hadn't heard of the challenge until recently and confirmed that, despite rumors that the woman died from her injuries, she is still alive.

Lakesha Harris said she was watching a Facebook Live video Monday night of the incident and was horrified.

She said the woman appeared to be under the influence and was egged on by a group of young men.

“I thought it was all despicable because, like I said, that could’ve been their grandmother," Harris said.

Harris, who's a mother, said she's been watching the challenge and talking about it with her own mother and kids.

“If your children are out there doing that, that’s a reflection of you," Harris said. "If you’re a child and you’re doing that, you’re embarrassing your parents.”

Smith is not embarrassed. The artist, who's performer name is Smitty Spread Love, said he plans to record a song about the experience this week. However, he said he wouldn't do it again.

"You couldn't pay me to do it again," Smith said.