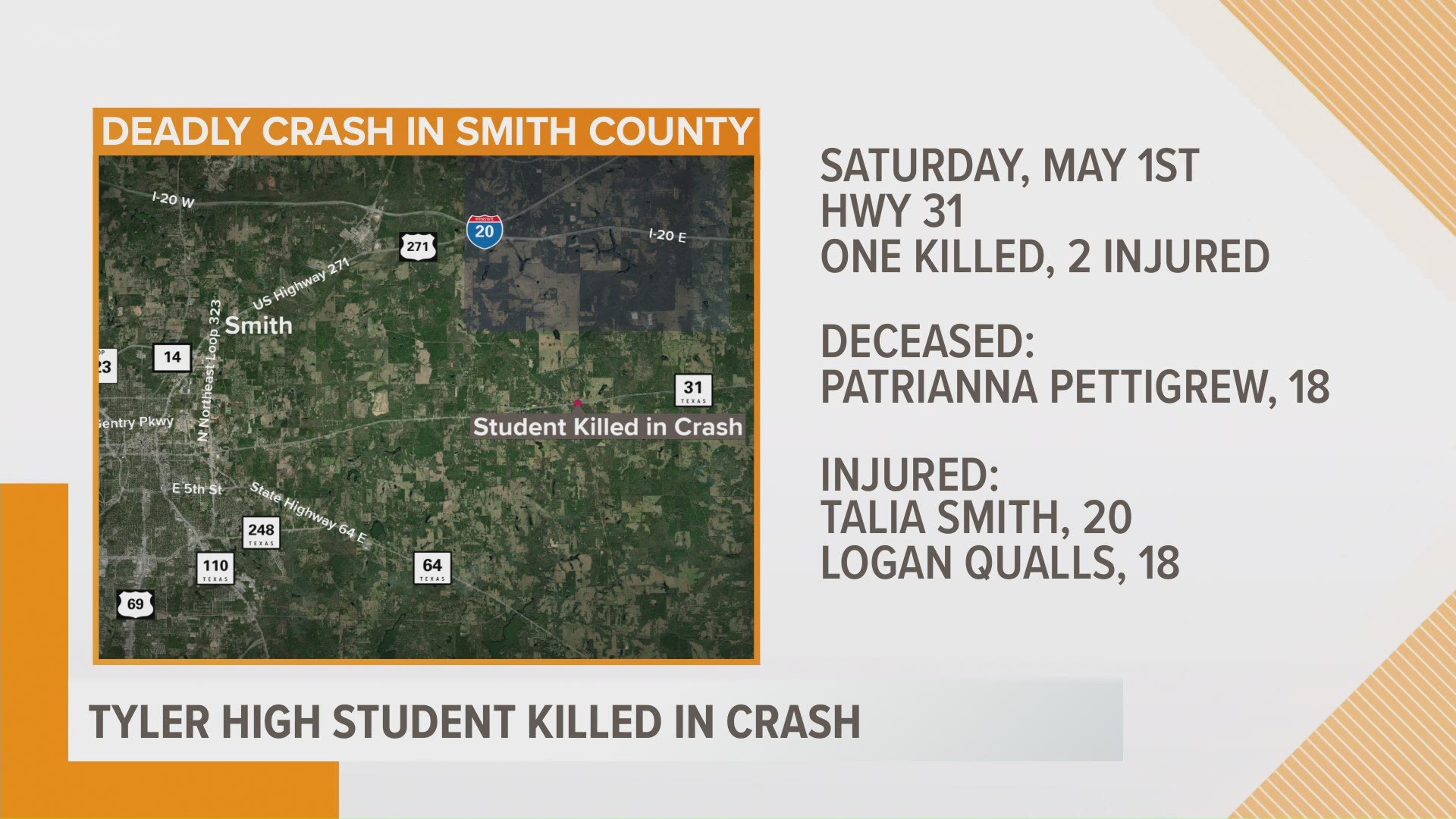 SMITH COUNTY, Texas — **EDITOR'S NOTE: The Texas Department of Public Safety originally stated Patrianna Pettigrew was driving during the fatal crash. That is incorrect. Talia Smith was actually driving and Patrianna was the passenger.

According to the Texas Department of Public Safety, around 10:45 p.m., troopers responded to a two-vehicle fatal crash on State Highway 31 E., approximately eight miles east of Tyler.

The driver of the Toyota was Talia Janae Smith, 20, of Tyler was transported to UT-Health East Texas – Tyler in critical condition.  Her passenger, was identified as Patrianna Damrye Pettigrew, 18, of Tyler.

The investigators preliminary report indicates that the driver of a passenger car, identified as Talia Janae Smith, 20, of Tyler, was traveling west on SH 31 when she lost control of the vehicle, possibly due to weather conditions, and traveled into oncoming traffic. DPS says Smith struck a pickup, driven by Logan Qualls, 18, of Winona.

DPS reports Qualls is stable at a Tyler medical center.

The crash remains under investigation.