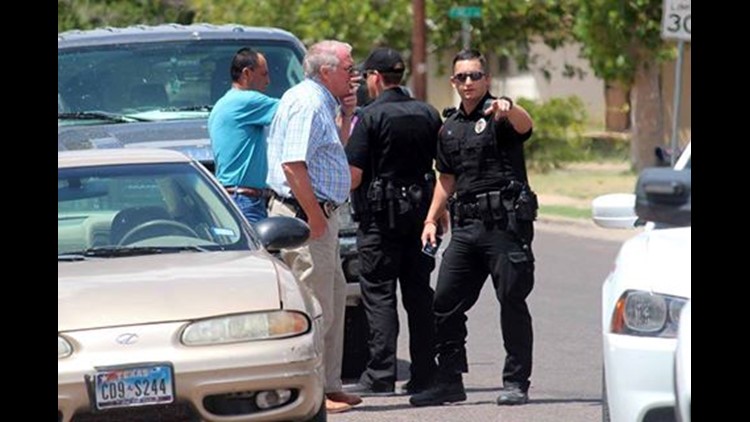 ANDREWS, TX (KWES) - Two juveniles and one adult are behind bars in Andrews for the shooting of a juvenile at Lincoln Park in broad daylight Tuesday afternoon.

The victim had one gunshot wound and was transported by private vehicle to Permian Regional Medical Center.

He was later treated and released Tuesday night.

Gilbert Arreola, 46, is charged with aggravated assault with a deadly weapon and engaging in organized criminal activity.

The two juveniles arrested are charged with organized criminal activity.

Their identities have not been released because of their age.

The victim's brother-in-law, Manuel Alaniz, said it was hard to hear about the 16-year-old brother getting shot in the leg and was almost speechless remembering the call.

Alaniz said his brother-in-law frequents the park to play basketball and has never gotten into trouble.

Andrews Police Department Chief Ronny McCarver said a total of two adults and three juveniles were involved in the altercation and don't expect any additional arrests to be made.

Alaniz said the family doesn't know Arreola but they are shocked he would have a gun at a park where kids play.

"I didn't believe it at first but apparently he has no care for life or for other children around in the park area. I hope he learns his lesson," said Alaniz.

McCarver said investigation has revealed the individuals met at the park with the intention to have the altercation.