In his visit to Midland, President Trump said that a lack of fracking would be detrimental to the economy. 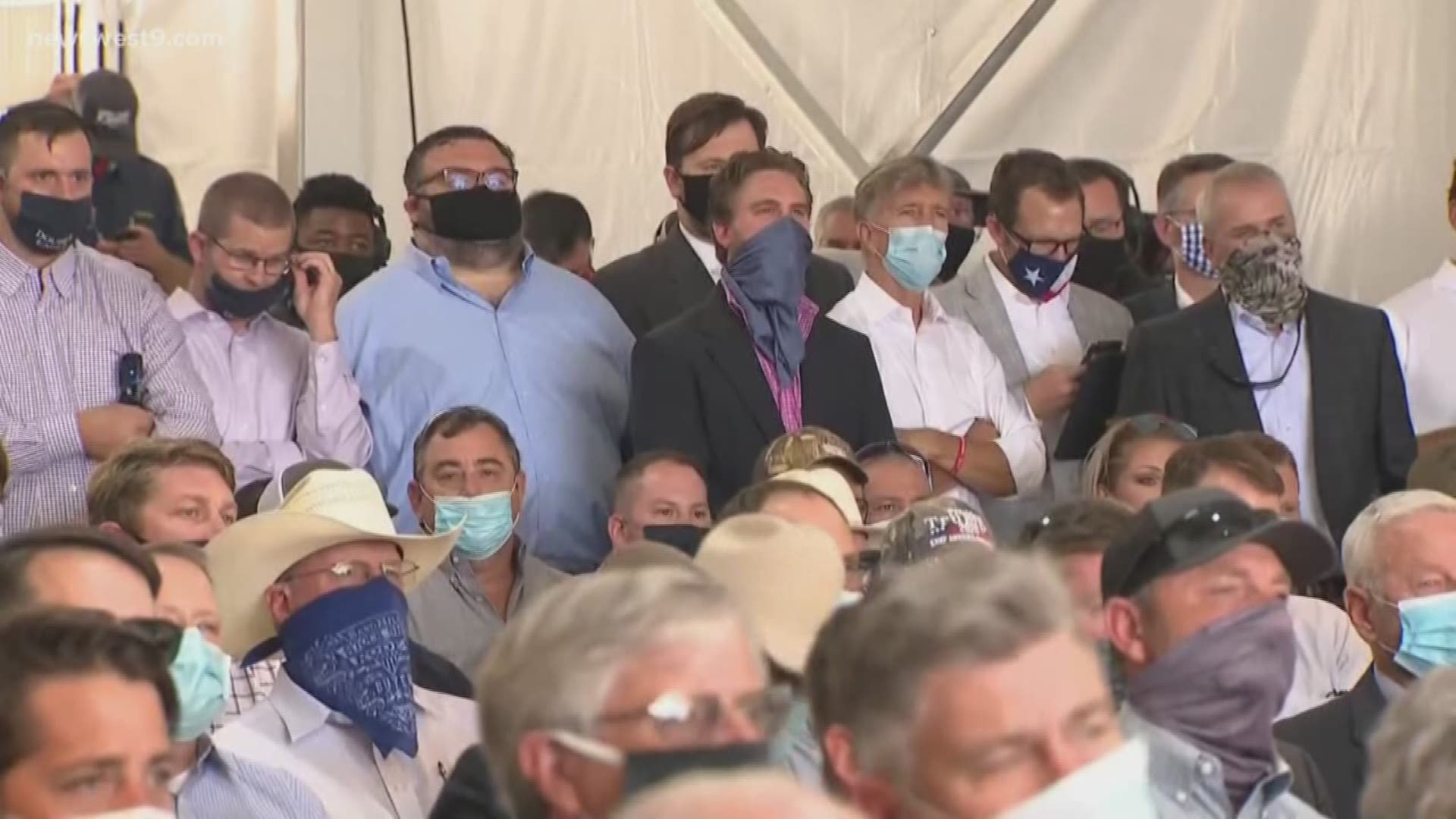 MIDLAND, Texas — Fracking was a hot topic during President Donald Trump's visit to the Permian Basin.

President Trump even went so far as to say that the Democrat's Green New Deal is a disaster.

"Washington Democrats have embraced representative Ocasio-Cortez's nearly $100 trillion Green New Deal disaster. I've added the fourth word. It's a disaster which would ban oil and gas leasing on all federal lands and by the way, there be no fracking," Trump said.

To be clear, according to Biden, there would be no new fracking permits issued on federal lands and waters. This does not mean that all existing fracking would be banned as well.

However, Trump is concerned that this policy would deal a significant blow to the American economy.

"You don't realize how big it is. They want to have no fracking, no nothing. The policies required to implement this extreme agenda would mean the death of American prosperity and the end of the American middle class. It would mean I think even worse than that, it would destroy our country," Trump said.