Seven lawsuits have been filed so far, and Buzbee said he expects to file the others soon. He said 10 other women have contacted him. 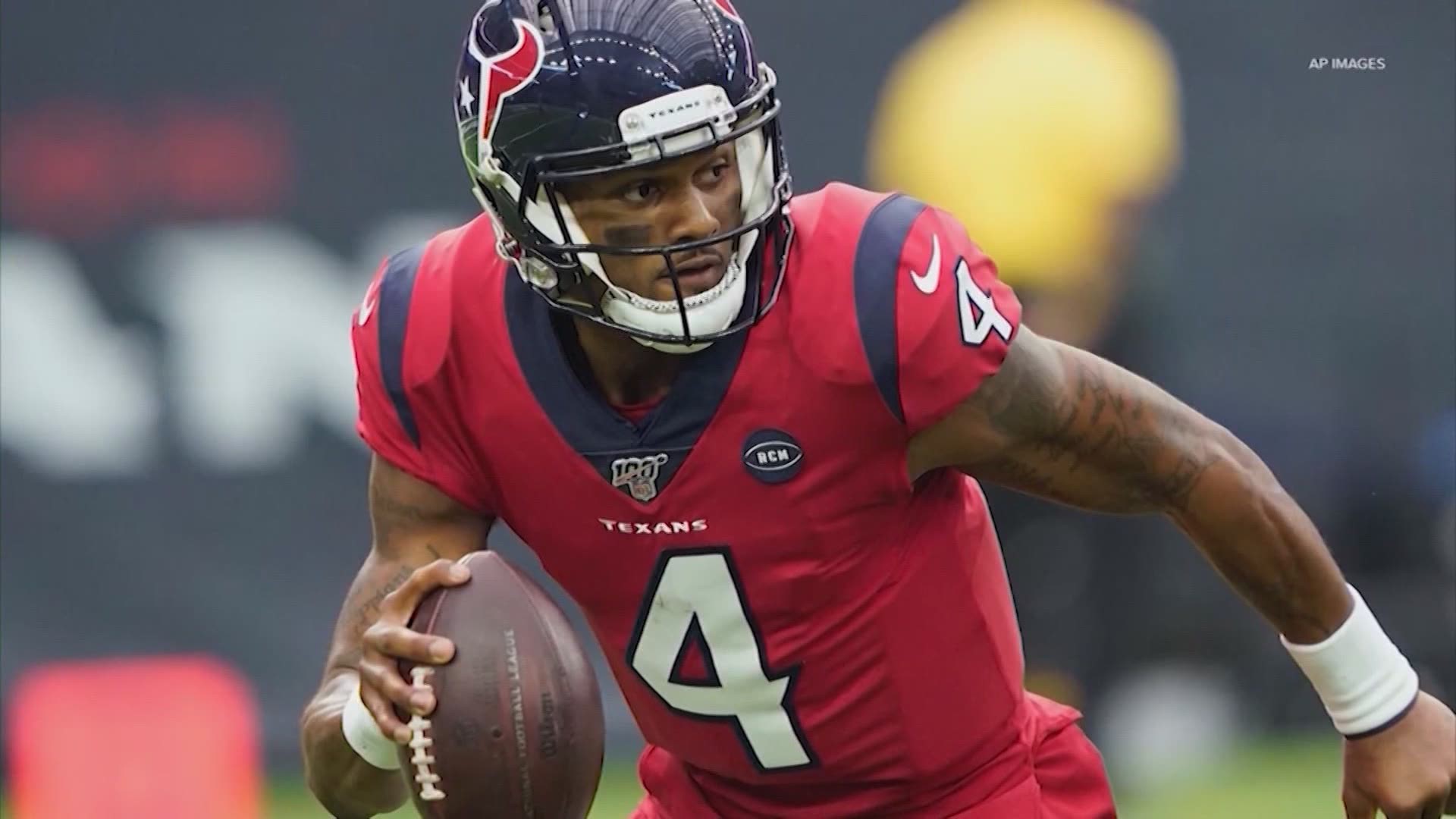 At last check, records show Buzbee has filed seven of the lawsuits but he said in a news conference that he will file five more soon.

Buzbee said he's been contacted by 10 additional women and he expects to hear from more.

"It takes a lot of courage to come forward when you're dealing with someone powerful," Buzbee said. "Women who are watching this now, know that you can remain anonymous, know that you have a support system, know that we want to hear your story."

The women in the lawsuits are all referred to as Jane Doe. They are said to be licensed massage therapists. 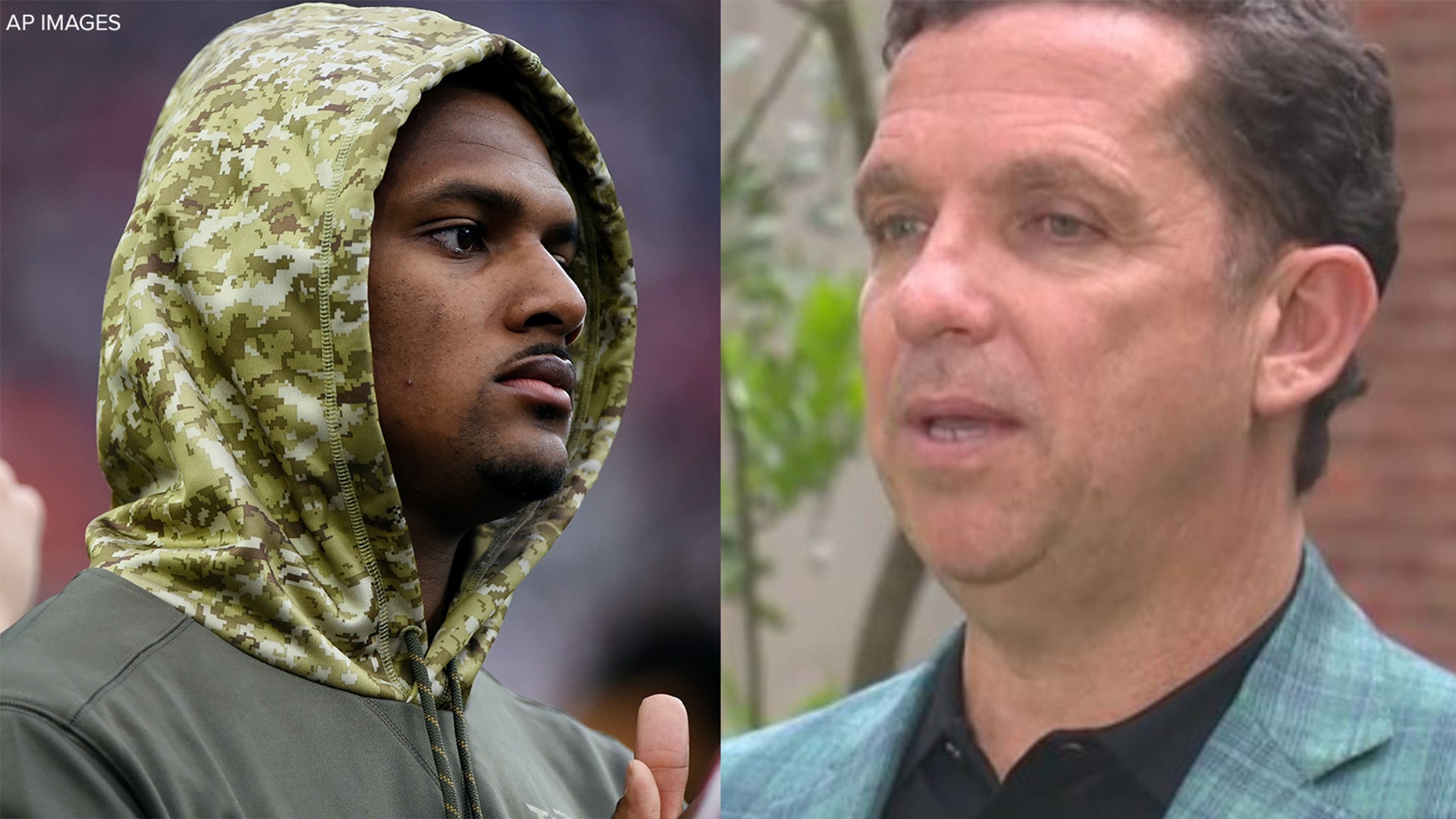 Some of the details below are graphic.

The first lawsuit came from a woman who met with Watson at her home last March. The second lawsuit claimed last August, Watson paid to have a woman fly from Atlanta to give him a massage at a hotel. The third lawsuit claimed Watson forced a massage therapist to perform oral sex on him during a session in Dec. 2020.

The latest lawsuits allege Watson exposed himself to four different women who all work in various wellness and massage services. The lawsuits accuse Watson of moving his body during the massages so his penis would touch the women's hands and one lawsuit even claims he harassed one of the women by kissing her against her will.

RELATED: Rusty Hardin is the man to call when athletes need an attorney

On Thursday, Buzbee said a total of nine women have come forward, all willing to bring cases against Watson. There are no criminal charges. These are all civil cases.

Watson posted a denial on Twitter Tuesday.  He said he initially denied a 'baseless six-figure settlement demand' from Buzbee.  He also says he has 'never treated any woman with anything other than the utmost respect.'

Houston police say  none of the allegations have bee filed with them.

At this time, HPD is unaware of any contact between HPD and Houston attorney Tony Buzbee regarding the allegations contained in his recently filed lawsuits and no incident reports regarding these allegations have been filed in our jurisdiction.

Thursday afternoon, the NFL confirmed they are looking into the case under the league’s personal conduct policy.

The Texans released a statement about the NFL’s investigation and allegations against the team’s quarterback. It reads as follows.

“The NFL informed us today that they will conduct an investigation into the allegations made in the civil lawsuits filed against Deshaun Watson. We will stay in close contact with the league as they do.

We continue to take this and all matters involving anyone within the Houston Texans organization seriously. We do not anticipate making any additional statements until the NFL’s investigation concludes.”

Friday morning, Deshaun Watson's agent, David Mulugheta spoke out against the allegations being thrown at his client.

Sexual assault is real. Victims should be heard, offenders prosecuted.

Individuals fabricate stories in pursuit of financial gain often. Their victims should be heard, and those offenders also prosecuted.

I simply hope we keep this same energy with the truth.

“I’m extremely proud to represent Deshaun Watson and wholly stand behind him against what we believe are meritless allegations. However, we will wait to comment in detail until we’ve completed our review of the numerous, evolving allegations from Mr. Buzbee. We will respond next week and ask you to keep an open mind until we do so.”

KHOU 11 News is following the very latest on this developing story and will post any new details when we get them.