Thousands of Texans dealing with water damage due to burst pipes as temperatures rose and the ice melted away. 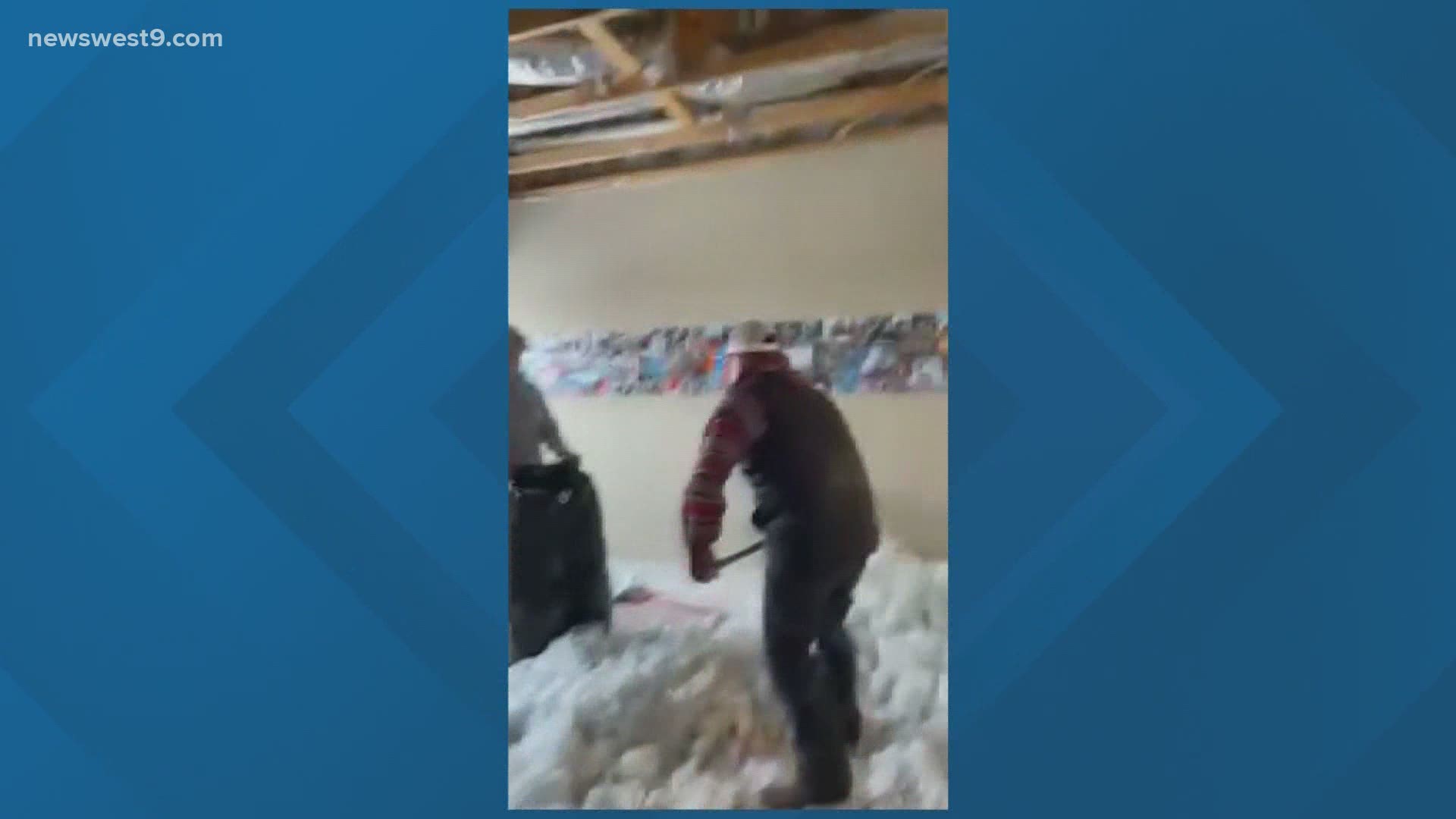 MIDLAND, Texas — There is an overwhelming need in Texas for repairs due to water damage. As temperatures rose over 60 degrees, people are getting an idea of just how much damage was caused by the winter weather storm.

A good portion of the state is under a boil water notice, while many continue to deal with those burst pipes and flooding damage.

In the Permian Basin alone, a local flood restoration company, Carpet Tech, is estimating that over one million gallons of flood water have been extracted from homes and businesses with burst pipes over the course of the last week.

"Our crews have been working 18+ hours a day for the last week responding to emergency calls from homes and business owners who are experiencing flooding due to burst pipes," Stephanie Henderson, general operations manager for Carpet Tech, said in a press release.

Already, more than 900 homes and businesses have had water removed. All of this flooding was caused by the freezing of water in those pipes which expands and causes them to break.

If this happens in your home or business, it's important to try and shut off the water entirely if possible. However, you should also expect a process when trying to get everything back in order.

Flood restoration companies will have to extract the water, dry out the building with fans and dehumidifiers, tear out the damaged floors, walls, and ceilings, and then finally make the repairs.

So it's very important to shut off that water if your pipes do burst to prevent as much flooding and damage as possible. That will also help you get started on making any necessary repairs to your home or business as soon as possible.

"We see flood disasters every day on the job, but to a home or business owner, this is a crisis, and we want to do all we can to offer assistance and advice throughout the process," Henderson said.