The sword school in town has made an impact on one Midland High School senior's experience with fencing. 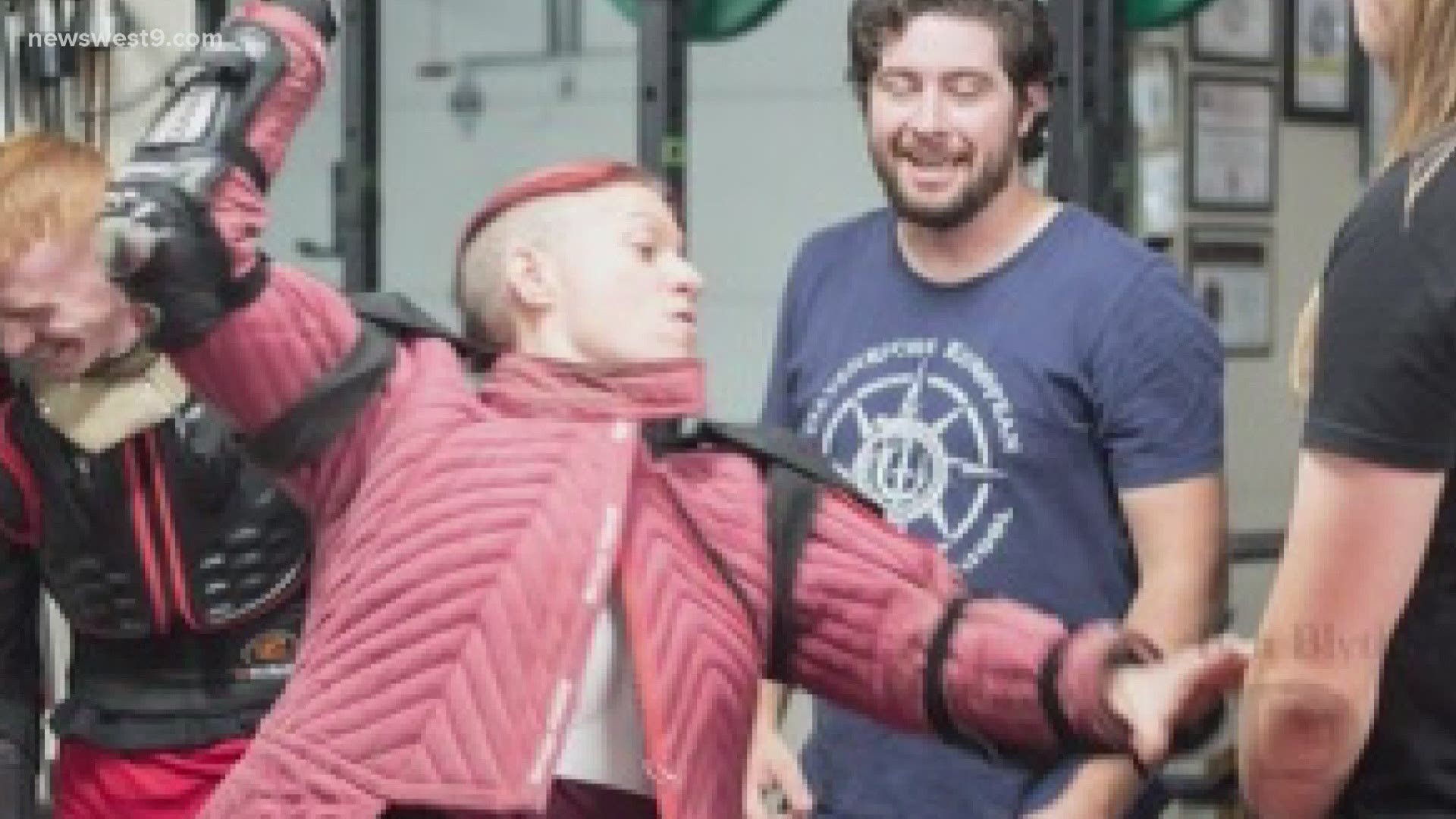 MIDLAND, Texas — Normally when you walk into a gym you would walk in and see people working out, but in this one people aren't just picking up weights.

They're picking up swords.

Dennis Koonce is a Midland High School senior who is apart of the sword school in Midland, but he is no beginner to fencing.

"It’s the most enjoyable thing I’ve done I’ve stuck with it for eight years," says Koonce.

Fencing has given him the chance to compete amongst other fencers in the U.S.

"Whenever I went to a competition in Phoenix Arizona, I placed pretty well, or whenever I did one in Oklahoma it was last year. I did really well. I placed like 12 out of 78 people," says Koonce.

"A lot of people find interest in this because they grew up with their heroes had swords they grew up watching Lord of the Rings," says Hilton.

"They like the historical aspect of it, it’s a new martial art that they can learn because most people if they like martial arts then they’re going to try and learn as many as they can and it’s weapons so a lot of martial arts are open hand so this covers a lot of different weapons from swords to daggers to pole arms to spears single sword," says Hilton.

However, one reason Dennis Koonce says that he enjoys the sport is because of not just skills learned but the relationships he's made.

"There is a huge sense of community there’s a relationship with me and several other guys and gals there that’s you know it’s kind of like a brotherhood and a sisterhood," says Koonce.

Even though he will be heading to college soon, he doesn't have plans on putting the sword down anytime soon.

"Five years from now, I’ll be a senior in college over that time, I plan taking HEMA with me to Vermont where I’m going for college. This sport's going to go with me, it’s going to go with me everywhere. The school I’m going to doesn’t have it they don’t have that sport and I plan on taking it there with me."

He goes on to say, "hopefully when retire from my occupation in the future I can actually start my own fencing school."

If you are interested in joining the fencing club, you can check out classes at this link.