In return, lawmakers would agree to create a revenue stream for Buffett's Berkshire Hathaway through an additional charge on Texans’ power bills. 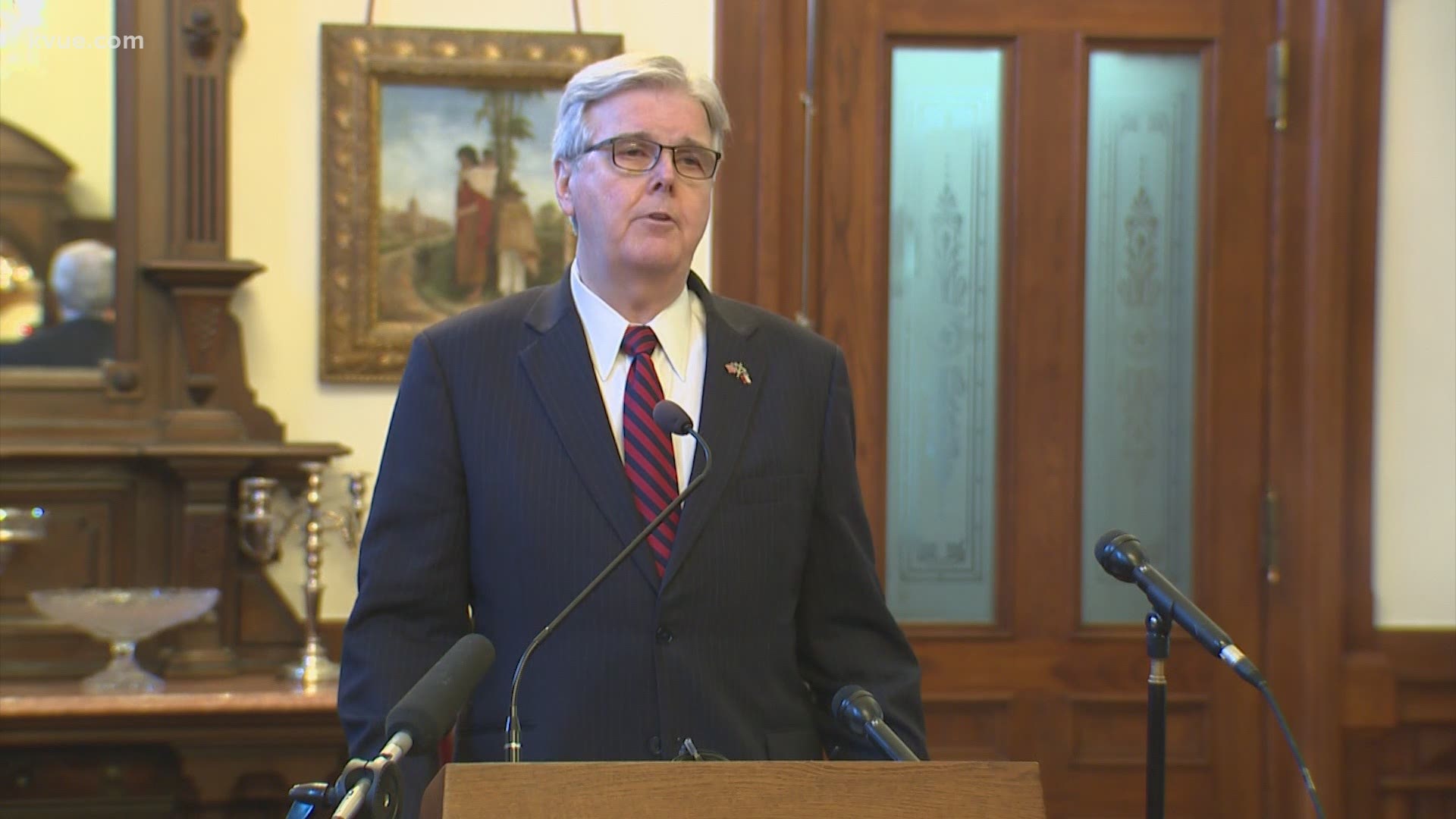 THE TEXAS TRIBUNE – As the Texas Legislature debated how to respond to last month’s winter storm-driven power crisis, executives at billionaire Warren Buffett’s Berkshire Hathaway Energy were pitching lawmakers an idea: The group would spend over $8 billion to build 10 new natural gas power plants in the state. In return, lawmakers would agree to create a revenue stream for Berkshire through an additional charge on Texans’ power bills.

Representatives for Berkshire Hathaway Energy have been in Austin meeting with lawmakers and state leaders for the past week and a half, according to a person working closely on the issue.

The proposed company, which would likely be known as the Texas Emergency Power Reserve, would build and maintain plants that sit idle during normal times, according to a slide deck obtained by The Texas Tribune. Whenever demand for power in the state threatened to surpass supply, these new plants would kick in to make up the difference.

In the presentation, the representatives estimated the cost of that new charge to consumers as $1.42 per month for residential customers, $9.61 for commercial customers and $58.94 for industrial customers. The pitch to state leaders also included a poll conducted by Republican pollster Mike Baseslice suggesting that Texans would be broadly supportive of paying a little more on their power bills to increase reliability. The poll was conducted from March 17-21 among 800 likely voters in Texas, according to toplines of the poll obtained by the Tribune.

Over the past week, Berkshire Hathaway Energy, part of Buffett’s multinational conglomerate company Berkshire Hathaway, has hired eight lobbyists in Austin at a cost of more than $300,000, according to records filed with the Texas Ethics Commission. One of those lobbyists is Allen Blakemore, a Houston political consultant who serves as a top strategist to Lt. Gov. Dan Patrick. Blakemore did not immediately respond to a request for comment.

A senior adviser for Patrick confirmed the lieutenant governor met with Berkshire Hathaway executives earlier this month. And a spokesperson for Phelan said the speaker met with the executives recently. A spokesperson for Gov. Greg Abbott did not immediately respond to a request for comment.

If approved, the deal would signal a move away from decades of a competitive electricity market in Texas in which all power generators in Texas are paid for the energy they produce and sell, rather than the power they could potentially generate.

Berkshire Hathaway Energy claims that building extra power generation in Texas would help ease fears of a repeat of the February power outages during which dozens of people died. Power grids must keep energy demand and supply in balance at every moment or risk uncontrolled blackouts. The February outages were ordered by the grid operator, the Electric Reliability Council of Texas, in a move to prevent a bigger catastrophe that could have left most of the state without power for weeks.

Under Berkshire Hathaway’s plan, ERCOT would control when the new power plants are activated to avoid the threat of such widespread power outages.

Texas deregulated its electricity market decades ago, theorizing that the price of electricity in the market — based on demand — would attract a sufficient amount of power supply. When demand for power is high, the price for power increases, and companies that can supply electricity to the grid make more money. The more cheaply a power plant can generate electricity, the higher the profit margin when they sell it in the wholesale market. Conversely, a plant that has been expensively weatherized to be able to operate in the extreme cold, or a plant that only operates on the few hottest days of the year, represents a big upfront investment for what may be little return in Texas.

Other regions of the country, including New England, tackle this potential mismatch by using government funds to subsidize the cost of plants that sit dormant for much of the year but turn on when demand is high. That’s the type of plant Berkshire Hathaway Energy wants to build in Texas — and the model for the subsidy it’s seeking.

Since a deadline to file legislation at the Legislature has already passed, the proposal would likely get tacked onto existing legislation. It was unclear Thursday which specific bill the pitch could be added to if lawmakers decided to act on it.

Texas’ competitive and deregulated market structure has come under criticism in the aftermath of the February power crisis. Power companies did not prepare plants to withstand severe winter weather, in part because companies build plants as cheaply as possible to maximize their profit margins. When the plants tripped offline during the winter storm, unprepared for the extreme cold, there wasn’t enough power generation available to the grid. Power prices spiked, and the Public Utility Commission of Texas ordered ERCOT to set prices at the artificial cap — $9,000 per megawatt-hour — to signal to power companies that any and all power was desperately needed.

But energy experts have expressed doubt that merely having more power plants would have prevented the crisis. Electric generation tripped offline due to freezing temperatures and a shortage of natural gas, which fuels many plants in the state.

Another bill and a joint resolution filed in the House by Rep. Dan Huberty, R-Houston, would aid power companies in funding those upgrades. But that legislation, as filed, includes language that would allow the low-cost loan program outlined in the bill to be used for building new power plants as well. It would direct the funds to prioritize projects that prepare facilities for cold weather, but it would also prioritize projects that provide excess power to the grid for periods of high demand — in other words, new power plants.

J.P. Urban, senior vice president and acting CEO of the Association of Electric Companies of Texas, a trade association of electric companies in the state, warned lawmakers against subsidizing new power plants in their response to last month’s outages.

“We believe the program should only focus on bolstering resiliency and existing facilities to avoid disruption in the competitive market,” Urban said during a committee meeting Tuesday.

But lawmakers responded that they want more power generation on Texas’ grid, not just for future storms, but generally for the growing state population.

“We’re going to be a little bit more open to the types of investments that need to be made,” said Rep. Richard Peña Raymond, D-Laredo, responding to Urban. “We’re going to need more power in Texas, period. Freeze or no freeze." The committee left the legislation pending on Tuesday, but witnesses and lawmakers indicated they would support the Huberty bill.

Even with the support of the Legislature’s top leaders, the bill will need to win the approval of the rank-and-file members — a lesson Buffett learned in a past session. In 2017, after the billionaire met with Abbott and Patrick at the Capitol, the Senate used emergency powers to quickly craft legislation that became known as the “Buffett Bill,” a special interest carve-out allowing Buffett to be exempt from a state law that was barring people from owning both a vehicle manufacturing company and auto dealerships. The bill was effectively killed after Tea Party activists blasted it — and the attempt to fast-track it — as special treatment for a rich and powerful business owner.

Other lawmakers and officials have expressed doubts about letting Buffett and his companies play too big of a role in Texas.

Speaking at Texas Energy Day at the Capitol Wednesday morning, Texas Railroad Commissioner Wayne Christian, one of the state’s oil and gas regulators, criticized President Joe Biden over his energy policies and in doing so, swiped at "Warren Buffett's company." Christian said canceling oil and natural gas pipelines would put more trains on railroad tracks, and “Warren Buffett’s company makes a lot of money from it.”

Mitchell Ferman and Shawn Mulcahy contributed to this report.

Disclosure: Allen Blakemore, The Association of Electric Companies of Texas and Rice University have been financial supporters of The Texas Tribune, a nonprofit, nonpartisan news organization that is funded in part by donations from members, foundations and corporate sponsors. Financial supporters play no role in the Tribune's journalism. Find a complete list of them here.