Texas Senate Bill could lower the cost of insulin

For years, the price of insulin has been high for diabetics. A new bill in the Senate could set a cap on the out of pocket pay for the medicine. 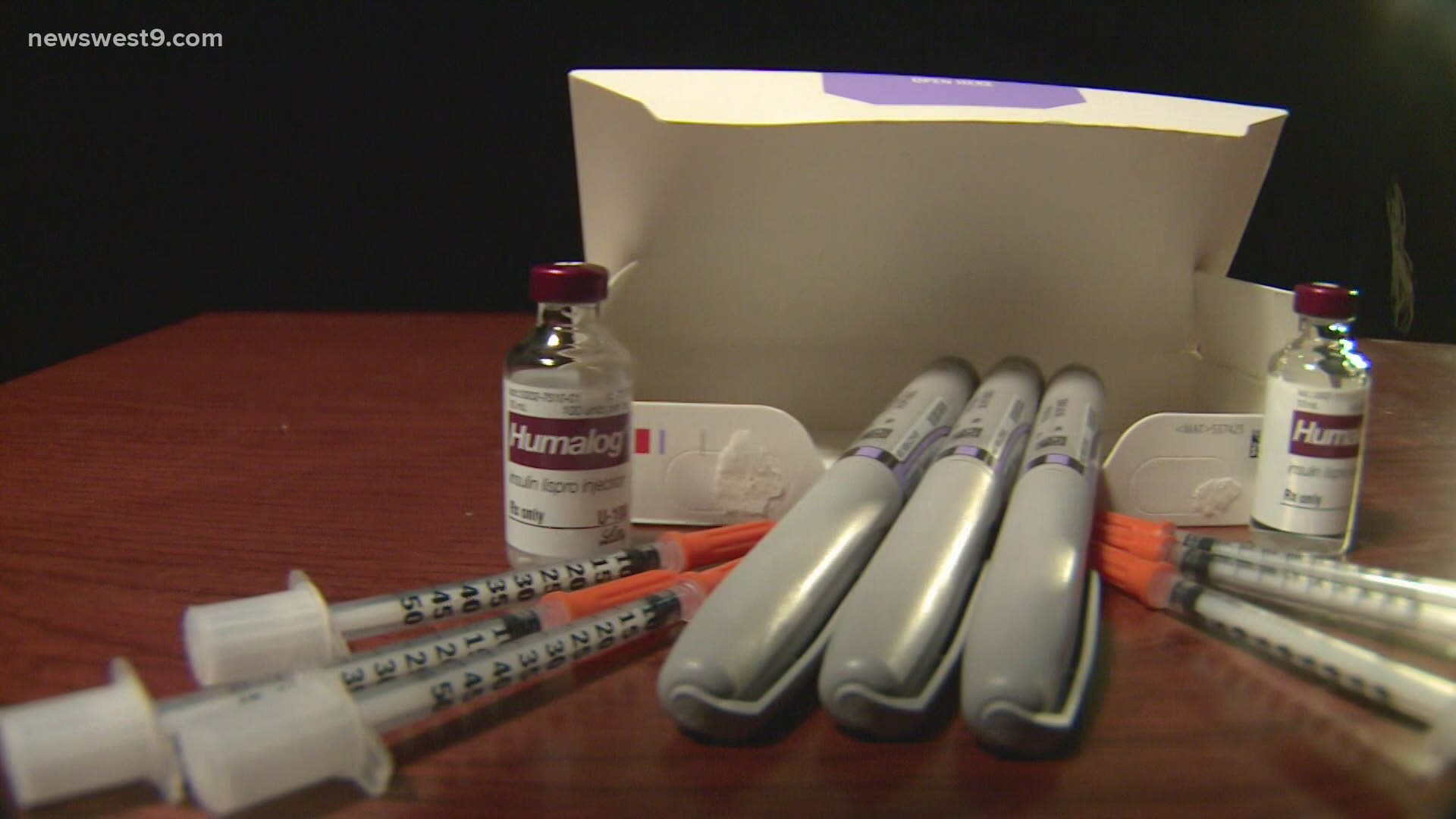 TEXAS, USA — In the state of Texas, three million people are living with diabetes.

Walter Bartholf is one Type 1 diabetic that has been living with it for almost 19 years now. Over the years, this vital drug has forced him to make hard decisions.

"I had to wait a whole two weeks to get my current long-lasting insulin because I had to choose, do I get groceries this week or next week? I had no insulin and no food, and I choose to feed me and my family instead of getting my insulin," Bartholf said.

Many diabetics are forced to make similar choices as Bartholf because of the hefty price tag on insulin.

"There’s this whole range of brands of insulins and some of the newest ones can be up to five, six hundred dollars and that’s a month supply," said staff pharmacist at Midland Health Kevin Jackson.

Senate Bill 827's goal is to ensure no one has to choose between between health or their family. If approved it would place a co-pay cap on insulin at fifty dollars.

"The best part about that is there won’t be people worrying about whether they can afford their insulin," says Bartholf.

This bill could be a stress reliever for most diabetics in Texas.

"We don’t have to worry about that anymore, it’s stress off the persons mind. Stress off their body is a part of staying healthy as a diabetic," Bartholf said.

It would allow people to focus on something bigger and not worry.

If Senate Bill 827 passes, it would go into effect September 1st of this year. Keep in mind, you should check with your insurance company on whether this law would apply to your plan.