Ken Paxton's campaign confirms he attended "a previously planned meeting with the Attorney General of Utah to discuss several matters. 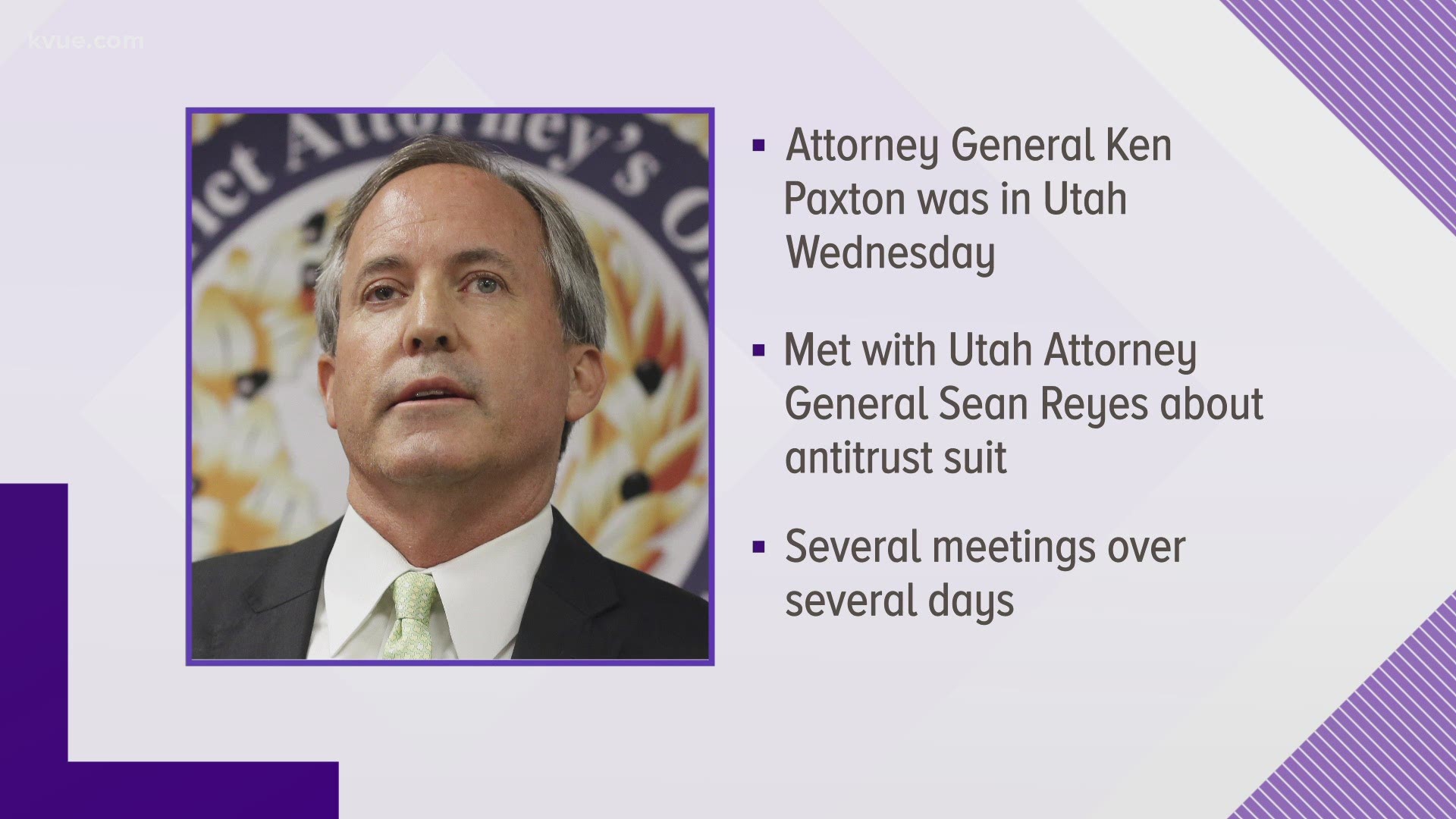 THE TEXAS TRIBUNE – At the height of last week's winter storm that left millions of Texans without access to heat and clean water, Attorney General Ken Paxton and his wife, state Sen. Angela Paxton, were out of state on a "previously planned" business trip to Utah, a spokesman confirmed.

Ian Prior, Ken Paxton's campaign spokesperson, told the Tribune on Monday that the attorney general traveled to meet his Utah counterpart — Attorney General Sean Reyes —about the multistate lawsuit Texas is leading against Google that accuses the internet giant of anticompetitive conduct in advertising.

Prior said the lawsuit was one among a list of issues the two met about "over the course of several days." Richard Piatt, a spokesperson for Reyes, confirmed in an email that the pair met in Salt Lake City on Wednesday and Friday, where they engaged in "lengthy discussions, mostly about the Google antitrust case." Piatt said Paxton accompanied Reyes to Murray – a nearby suburb – to attend a demonstration of Utah’s law enforcement deescalation training scenario simulator.

"This is a program that AG Paxton has been considering implementing in Texas," Prior added.

The trip was first reported by The Dallas Morning News.

On the day of Paxton's Wednesday meeting, the state's electrical grid operator reported 2.7 million households in Texas remained without power. Water infrastructure in many cities was also being strained. By Thursday, nearly half the state had had its water disrupted in some way. Many lost running water altogether, while others were issued boil-water notices.

“AG Paxton did lose power, but did not leave Texas until after power had returned to most of the state, including his own home,” Prior said in a statement.

Follow up questions about whether the attorney general was back in Texas on Monday were not answered.

A spokesperson for Angela Paxton confirmed that she was also on the trip, which she said "included meetings that benefit her efforts to promote human dignity and support law enforcement."

While away, Ken Paxton's office did send a handful of advisories about his office's plans to investigate the Electric Reliability Council of Texas — the state's grid operator — "and other entities that grossly mishandled this week’s extreme winter weather."

“We will get to the bottom of this power failure and I will tirelessly pursue justice for Texans," he said in a press release Friday. The release made no mention of his whereabouts.

News of Paxton's trip comes just days after fellow Republican state leader, U.S. Sen. Ted Cruz, was spotted flying to Cancún with his family. Cruz returned quicker than expected after pictures of him surfaced of him flying out of Houston Wednesday.

Cruz's decision to leave the state invited harsh criticism from the Texas Democratic Party that called on him to resign. And Monday, state Democrats again issued a statement condemning the leaders for "fleeing their responsibilities."

"This is a pattern," said Texas Democratic Party Chair Gilberto Hinojosa. "Texas Republicans do not give a damn about the people they were elected to represent, and they continue to focus on issues that don’t affect the lives of everyday Texans to gaslight them into thinking they are doing their jobs."

The Texas attorney general's office has stayed in the headlines as of late. Paxton was indicted for felony securities fraud more than five years ago, though his criminal trial is still pending. Lately, the agency has been hemorrhaging top deputies. Several of them resigned or were fired last fall after accusing Paxton of accepting a bribe. They said he used his office to help a donor who was facing civil lawsuits and a criminal investigation. Paxton has denied the allegations, which the FBI is reportedly investigating.

This story was originally published by The Texas Tribune.