Lawmakers said they want to get a firsthand look at the rising number of crossings. 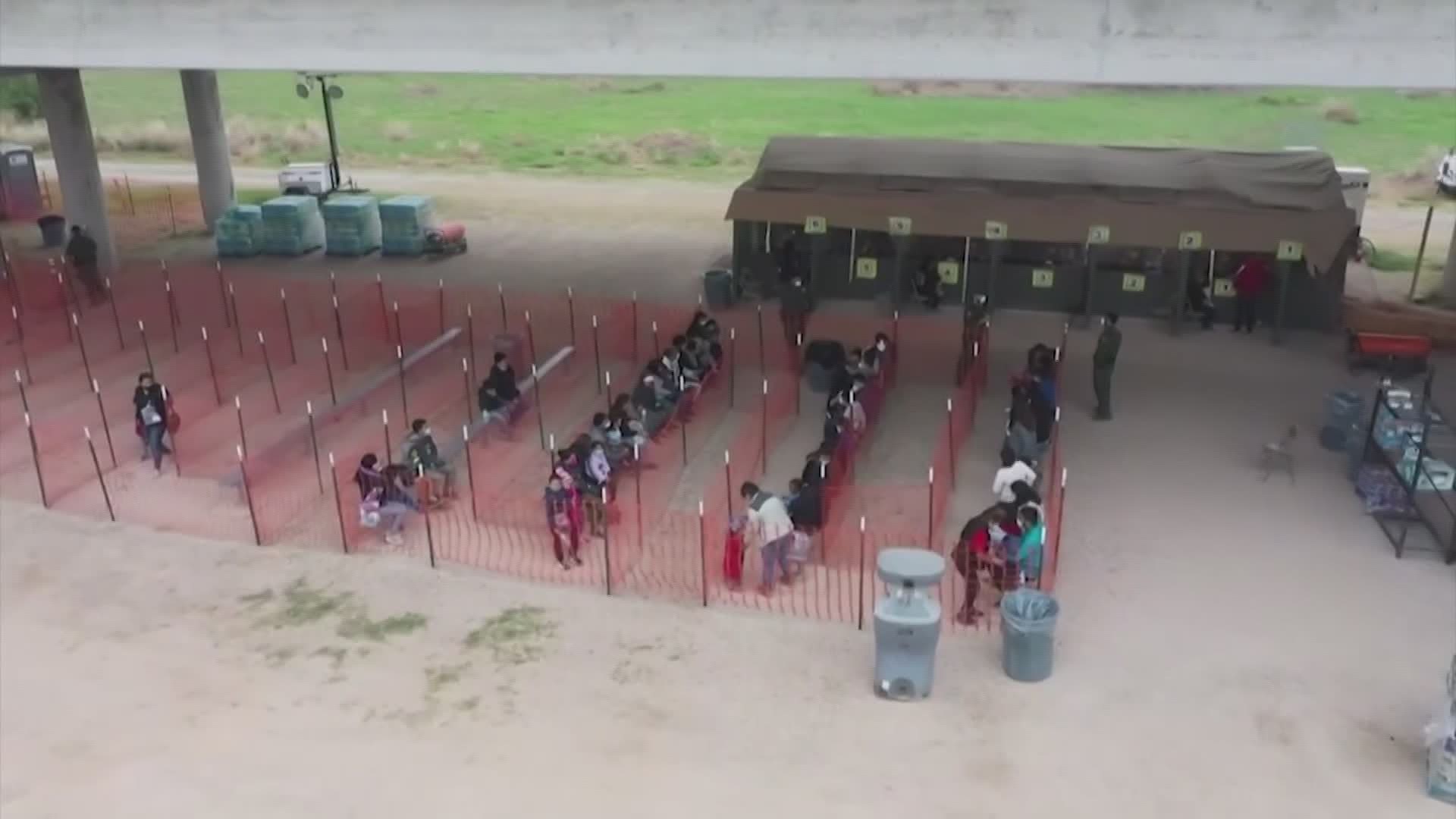 Members of the Texas delegation led those trips to the Rio Grande Valley and South Texas. Lawmakers said they want to get a firsthand look at the rising number of crossings.

Roughly 17,000 unaccompanied children were in U.S. custody as of Friday.

Many migrants eventually travel far beyond the border to cities across the United States, including Houston.

The senators also saw a large group of migrants, mostly women and children, being processed under a bridge.

“I spoke to a number of them,” said Sen. Mike Lee (R-Utah). “They were from mostly Honduras and Guatemala. They’ve been walking for literally two months.”

On Friday afternoon, the same group of GOP senators took a boat tour along the Rio Grande with DPS. They also visited an overcrowded Border Patrol detention center in Donna.

“Those (migrant) numbers are rising, and they are rising because of the Biden administration’s mistakes,” Sen. Cruz said during a press conference.

Rep. Castro said he and his fellow Democrats were there to find solutions.

“We’re here today to go back to Washington and offer recommendations for how this process can be improved,” Rep. Castro said.

On Saturday, four members of the Texas Congressional Democratic Delegation will join four other Democrat House members and one Republican in El Paso.

According to a press release from Congressman Al Green (D-Houston), the group will meet with non-governmental organizations and immigration advocates, visit a Border Patrol processing center, an ORR facility for unaccompanied minors, a migrant shelter, and a port of entry.

President Biden vowed to open new facilities to cut down on overcrowding. FEMA has opened emergency shelters in Dallas and Midland.

City and county officials told KHOU 11 on Thursday there were no plans to house new migrants in Houston.